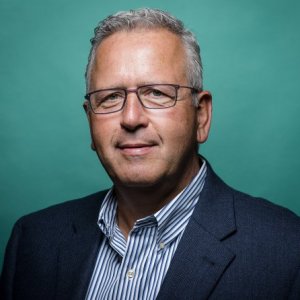 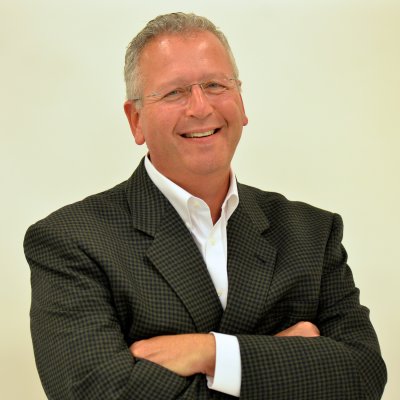 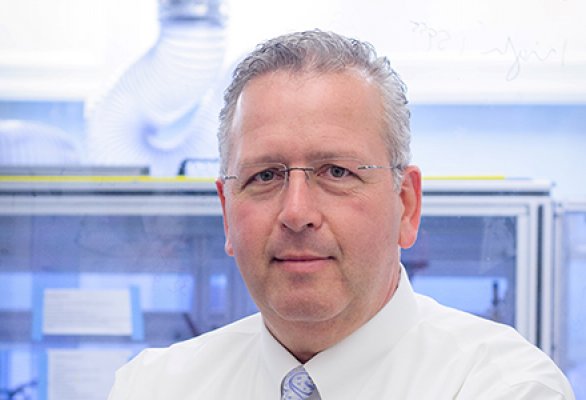 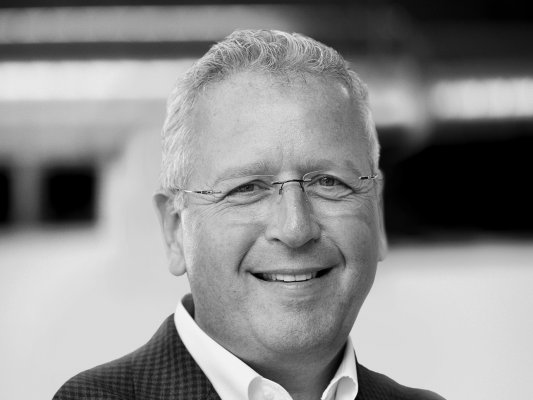 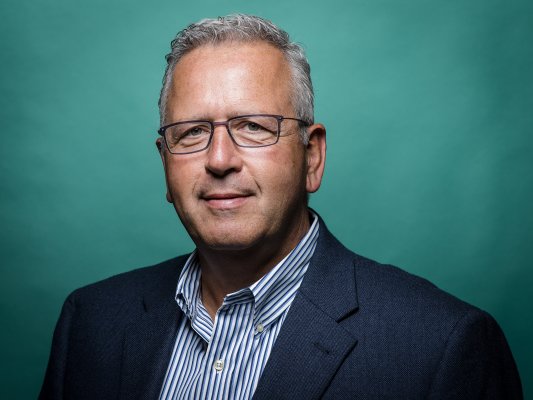 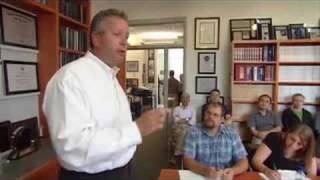 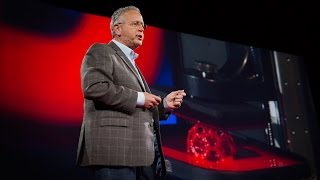 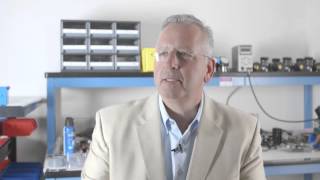 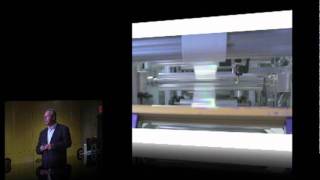 Professor DeSimone is the Chancellor’s Eminent Professor of Chemistry at UNC and the William R. Kenan Jr. Professor of Chemical Engineering at NC State. DeSimone has published over 350 scientific articles and has nearly 200 issued patents in his name, with over 200 patents pending.

Among DeSimone’s notable inventions is an environmentally friendly manufacturing process that relies on supercritical carbon dioxide instead of harmful solvents for the creation of fluoropolymers or high-performance plastics, such as Teflon.

DeSimone and students also developed a groundbreaking roll-to-roll nanoparticle fabrication technology called PRINT (Particle Replication in Non-wetting Templates) in 2004. Since then, employing PRINT’s precise and independent control over all particle attributes, such as size, shape, and chemical composition, DeSimone’s research group has focused on engineering new approaches to vaccines and medicines for a range of health conditions. Based on PRINT, in 2004 DeSimone co-founded RTP company, Liquidia Technologies, which went public in 2018 (NASDAQ:LQDA).

In 2005, his research group's work led to the creation of the Carolina Center for Cancer Nanotechnology Excellence, a 10-year, nearly $40 million initiative based at UNC’s Lineberger Comprehensive Cancer Center and funded by the National Cancer Institute. With renewed funding as of 2015, it is now only one of six CCNEs in the country.

Currently on leave from the university, DeSimone now serves as CEO of Carbon, Inc. in Silicon Valley, a 3-D manufacturing company he co-founded in 2014. Carbon’s technology enables production-grade parts to form rapidly and continuously from a liquid media rather than being built layer by layer.

Heinz Award in Technology, the Economy and Employment (professional)

Presented by the Heinz Family Foundation, this award honors individuals who have created and implemented innovative efforts to advance regional or national economic growth through job creation, technology advancement, competitiveness, and fair trade—all in a sustainable and environmentally safe manner.

Bestowed by the White House, this award recognizes those who have made lasting contributions to America’s competitiveness and quality of life and helped strengthen the nation’s technological workforce.

The NAI recognizes investigators who translate their research findings into inventions that benefit society, drive economic development and improve lives.

This award recognized DeSimone’s efforts to advance diversity in the chemistry and chemical engineering PhD workforce. Half of the doctoral students DeSimone has mentored in his career have been women and members of underrepresented minority groups in science and technology. 2010

Recipient of $500,000 prize for invention of PRINT® (Particle Replication in Non-wetting Templates) technology used to manufacture nanocarriers in medicine.

DeSimone to receive National Medal of Technology and Innovation

The White House on December 22 announced the latest recipients of the National Medal of Science and National Medal of Technology and Innovation — our nation’s highest honors for achievement and leadership in advancing the fields of science and technology. The new awardees — including Joseph DeSimone, Chancellor’s Eminent Professor of Chemistry in the College of Arts and Sciences at the University of North Carolina at Chapel Hill — will receive their medals at a White House ceremony early next year.

Scientists at the U.S. Department of Energy’s Lawrence Berkeley National Laboratory (Berkeley Lab) have developed a novel electrolyte for use in solid-state lithium batteries that overcomes many of the problems that plague other solid electrolytes while also showing signs of being compatible with next-generation cathodes. Berkeley Lab battery scientist Nitash Balsara, working with collaborator Joseph DeSimone of the University of North Carolina at Chapel Hill, came up with a highly conductive hybrid electrolyte, combining the two primary types of solid electrolytes—polymer and glass.

From lab bench to marketplace

Between creating a new 3-D manufacturing method and engineering medical cures on the nano-level, it may look like Joseph DeSimone’s interests are all over the map. But at the heart of every new innovation made by the Chancellor’s Eminent Professor of Chemistry in the College of Arts and Sciences at Carolina is a toolbox of skill and salesmanship fused by his passion to better lives.

Joseph M. DeSimone, Chancellor’s Eminent Professor of Chemistry at the University of North Carolina at Chapel Hill, has been named the recipient of the inaugural $250,000 Kabiller Prize in Nanoscience and Nanomedicine for his invention and use of PRINT, a breakthrough technology that has been used to make advances toward the development of new cancer treatments, inhalable therapeutics and next generation vaccines for malaria, pneumonia and dengue. Northwestern University’s International Institute for Nanotechnology (IIN) established the Kabiller Prize earlier this year to recognize outstanding achievements in the field of nanotechnology and its application to biology and medicine. It was made possible through a generous donation from Northwestern trustee and alumnus David G. Kabiller, a co-founder of AQR Capital Management, a global investment management firm in Greenwich, Conn.

DeSimone, who has taken a two-year sabbatical from his professorship at UNC-Chapel Hill, says that he is now heading a Silicon Valley company, Carbon 3D, and has just finished raising $41 million – thanks to big support from Menlo Park, California-based Sequoia Capital and Silver Lake Kraftwerk, and from regional firms Wakefield Group and Piedmont Capital.

What we think of as 3D printing, says Joseph DeSimone, is really just 2D printing over and over ... slowly. Onstage at TED2015, he unveils a bold new technique — inspired, yes, by Terminator 2 — that's 25 to 100 times faster, and creates smooth, strong parts. Could it finally help to fulfill the tremendous promise of 3D printing?

A 3D printing technology developed by Silicon Valley startup, Carbon3D Inc., enables objects to rise from a liquid media continuously rather than being built layer by layer as they have been for the past 25 years, representing a fundamentally new approach to 3D printing. The technology, to appear as the cover article in the March 20 print issue of Science, allows ready-to-use products to be made 25 to 100 times faster than other methods and creates previously unachievable geometries that open opportunities for innovation not only in health care and medicine, but also in other major industries such as automotive and aviation. 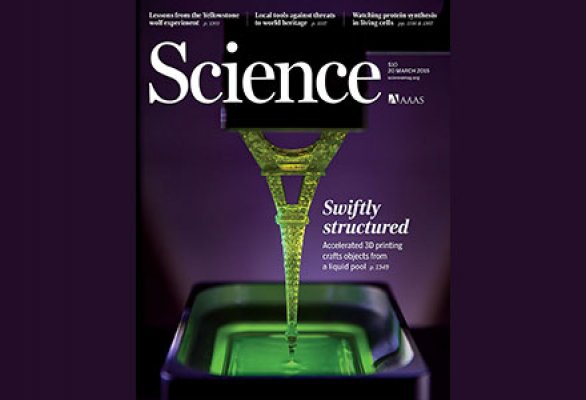 UNC chemistry professor Joseph DeSimone can celebrate knowing that he has achieved a feat so great, only a handful of people in the world can say the same. With his election earlier this month to the Institute of Medicine, he has joined a select group of accomplished individuals to be named to all three U.S. National Academies. He is the first professor in North Carolina to receive this esteemed honor. Prior to the Institute of Medicine, DeSimone was elected to the National Academy of Engineering in 2005 and the National Academy of Sciences in 2012. He said he is excited about the honor as a recognition of his research.

Joseph DeSimone - Diversity as a Fundamental Tenet of Innovation

The chemical engineer and recipient of the $500,000 Lemelson-MIT Prize discusses the ways in which diversity in a team enhances its ability to problem-solve and create successful innovation.

4-11-2017 Abstract: As the enhanced permeation and retention (EPR) effect continues to be a controversial topic in nanomedicine, we sought to examine EPR as a function of nanoparticle size, tumor model, and tumor location, while also evaluating tumors for EPR mediating factors such as microvessel density, vascular permeability, lymphatics, stromal content, and tumor-associated immune cells. Tumor accumulation was evaluated for 55 × 60, 80 × 180, and 80 × 320 nm PRINT particles in four subcutaneous flank tumor models (SKOV3 human ovarian, 344SQ murine nonsmall cell lung, A549 human nonsmall cell lung, and A431 human epidermoid cancer). Each tumor model revealed specific particle accumulation trends with evident particle size dependence. Immuno-histochemistry staining revealed differences in tumor microvessel densities that correlated with overall tumor accumulation. Immunofluorescence images displayed size-mediated tumor penetration with signal from the larger particles concentrated close to the blood vessels, while signal from the smaller particle was observed throughout the tissue. Differences were also observed for the 55 × 60 nm particle tumor penetration across flank tumor models as a function of stromal content. The 55 × 60 nm particles were further evaluated in three orthotopic, metastatic tumor models (344SQ, A549, and SKOV3), revealing preferential accumulation in primary tumors and metastases over healthy tissue. Moreover, we observed higher tumor accumulation in the orthotopic lung cancer models than in the flank lung cancer models, whereas tumor accumulation was constant for both orthotopic and flank ovarian cancer models, further demonstrating the variability in the EPR effect as a function of tumor model and location.

10-18-2016 Abstract: Despite the increasing popularity of 3D printing, also known as additive manufacturing (AM), the technique has not developed beyond the realm of rapid prototyping. This confinement of the field can be attributed to the inherent flaws of layer-by-layer printing and, in particular, anisotropic mechanical properties that depend on print direction, visible by the staircasing surface finish effect. Continuous liquid interface production (CLIP) is an alternative approach to AM that capitalizes on the fundamental principle of oxygen-inhibited photopolymerization to generate a continual liquid interface of uncured resin between the growing part and the exposure window. This interface eliminates the necessity of an iterative layer-by-layer process, allowing for continuous production. Herein we report the advantages of continuous production, specifically the fabrication of layerless parts. These advantages enable the fabrication of large overhangs without the use of supports, reduction of the staircasing effect without compromising fabrication time, and isotropic mechanical properties. Combined, these advantages result in multiple indicators of layerless and monolithic fabrication using CLIP technology.

PNAS: Proceedings of the National Academy of Sciences

Tumbleston, J. R.; Shirvanyants, D.; Ermoshkin, N.; Janusziewicz, R.; Johnson, A. R.; Kelly, D.; Chen, K.; Pinschmidt, R.; Rolland, J. P.; Ermoshkin, A.; Samulski, E. T.; DeSimone, J. M. Science 2015, 347(6228), 1349-1352. Abstract: Additive manufacturing processes such as 3D printing use time-consuming, stepwise layer-by-layer approaches to object fabrication. We demonstrate the continuous generation of monolithic polymeric parts up to tens of centimeters in size with feature resolution below 100 micrometers. Continuous liquid interface production is achieved with an oxygen-permeable window below the ultraviolet image projection plane, which creates a “dead zone” (persistent liquid interface) where photopolymerization is inhibited between the window and the polymerizing part. We delineate critical control parameters and show that complex solid parts can be drawn out of the resin at rates of hundreds of millimeters per hour. These print speeds allow parts to be produced in minutes instead of hours.

PNAS: Proceedings of the National Academy of Sciences