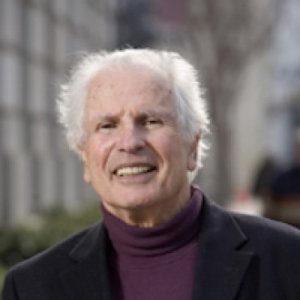 Professor Grodin practiced law in San Francisco from 1955 to 1971, specializing in labor law and serving pro bono in a variety of civil rights and civil liberties matters. During portions of that period he taught as an adjunct professor at UC Hastings and a visiting professor at the University of Oregon Law School. Active in bar affairs, he served as chairman of the labor law section of the San Francisco Bar Association and as a member of the State Bar Committee on Legal Services.

From 1972 to 1979 Professor Grodin was a full-time professor at UC Hastings, teaching courses in labor law, employment discrimination, arbitration, and contracts. During portions of that period he served as a member of the first Agricultural Labor Relations Board, as foreman of the Alameda County Grand Jury, and as a visiting professor at Stanford Law School.

In 1979, Professor Grodin was appointed Associate Justice of the California Court of Appeal; in 1981, he was elevated to presiding justice of that court, and in 1982 was appointed Associate Justice of the California Supreme Court, a position he held until January 1987. Upon leaving the court, Professor Grodin returned to the UC Hastings faculty. He retired from full-time teaching in May 2005. He continues to teach part-time and to do arbitration and mediation work.

Professor Grodin is the author of numerous scholarly books and articles. He is particularly proud, however, of a book on hiking trails in the Silver Lake area of the Sierra, which he coauthored with his daughter, Sharon. 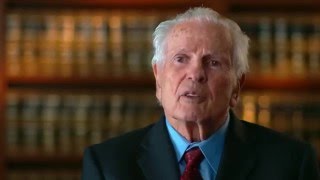 Symposium: The distinctive character of judging

From the earliest days of the Republic, Americans have displayed an ambivalent attitude toward judges. On one hand, we regard the judicial branch as performing a function distinct from the political branches, calling for the exercise of judgment removed both from popular opinion and from the political-moral views of the individual judge. This view of what we expect from judges is reflected in the lifetime tenure granted to federal judges by the national Constitution, and in the way we sometimes talk about wanting judges who “apply” rather than “make” the law. Chief Justice John Roberts’s insistence at his confirmation hearing that the role of a Supreme Court Justice is similar to that of a referee calling “balls” and “strikes” is an extreme example of that rhetoric...

“What I was told when I got on the court was, it’s not a great idea to have a precedent established by (retiring) justices who are not going to be there, if the new justices have a different idea,” Grodin said in an interview. A ruling has no legal effect until it becomes final, he said, and particularly in the sex-offender case — when the court has voted to overturn its own previous ruling — “the argument for adhering to what is really a tentative decision is not really substantial.”...

The story behind the Hotel Shangri-La anti-Semitism trial

Joseph Grodin, a former associate justice of the California Supreme Court and professor emeritus at the University of California Hastings College of the Law, said that the Unruh Act, although originally adopted to deal with race discrimination in California, has always offered protection from religious discrimination and has been expanded since its adoption in 1959 to protect Californians from being discriminated against for their sex or sexual orientation as well. “As I understand it,” Grodin said, “this is a fairly straightforward claim of the Unruh Act, that Jews were being discriminated against because they were Jews.”...

Liberty and Equality under the California Constitution

This is the second in a series of essays written with a larger project in view: a book on rights and liberties under the California Constitution. The essays, as well as the projected book, have as their principle focus the ways in which the state Constitution, through differences in text or differences in interpretation by the courts, may provide California citizens with greater protection than is available under the federal Constitution...

Forms of Expression Under the California Constitution

Most of us, when we want to refer to constitutional protection for expressive activity, refer to our "First Amendment rights." But when delegates to the first California constitutional convention gathered in Monterey in 1849 to draft a Declaration of Rights, the First Amendment was not a subject of discussion...

Working Group on Chapter 4 of the Proposed Restatement of Employment Law: The Tort of Wrongful Discipline in Violation of Public Policy

The purpose of this commentary on Chapter 4 of the Proposed ALI Restatement of Employment Law, concerning the tort of wrongful discipline in violation of public policy, is to closely evaluate the current draft in light of the appropriate purposes for a Restatement. Although some value exists in merely stating the consensus respecting these rules, the mission of the ALI extends beyond that, to better adapt the law to social needs and secure the better administration of justice. Our principal problem with the current Restatement draft is that it does not adequately recognize the dynamic nature of this area of law and uses language which some lawyers and judges (assuming the proposed Restatement has some impact) may interpret to foreclose further development. We therefore wish to help foster a Restatement that is not only rooted in precedent, but also seeks to reframe the law while retaining enough flexibility and open texture to allow the law to evolve in response to new realities.

The proposition that the United States Constitution is a source of rights independent of the federal Constitution was not new in 1974, when the state constitution was amended to make that proposition explicit. Indeed, the framers of the state constitution would have been astonished to learn otherwise. In 1849, when the delegates to the first state constitutional convention adopted as the first article of their enterprise a "Declaration of Rights", the United States Supreme Court had already made clear in Barron v. Baltimore, that the federal Bill of Rights restricted only the national government, and did not limit state authority...

Arbitration of Employment Discrimination Claims: Doctrine and Policy in the Wake of Gilmer

Voluntary arbitration must be voluntary in a real and genuine sense. There can be little concern that it is genuinely voluntary, when arbitration is agreed upon in collective bargaining between unions and employers possessing an equality, more or less, of bargaining power. The same is true of commercial arbitrations between business concerns which enter into arbitration agreements knowingly and advisedly...