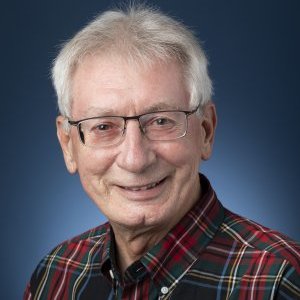 Joseph Hellige is Professor of Psychology at Loyola Marymount University. He earned his B.A. degree in psychology from St. Mary’s College of Minnesota in 1970 and his M.A. and Ph.D. degrees in cognitive psychology from the University of Wisconsin—Madison in 1972 and 1974, respectively. After receiving his Ph.D. degree he joined the psychology department faculty of the University of Southern California, where he remained until 2007. While at USC, Professor Hellige also served as psychology department chair from 1992 – 1997 and served as Vice Provost for Academic Programs and Dean of the USC Graduate School from 1997 – 2005. He moved to LMU in 2007 to become Vice President for Research and Dean of Graduate Studies and Professor of Psychology and subsequently served as Provost and Executive Vice President from 2010 to 2017.

Within cognitive neuroscience, Professor Hellige’s primary research interests include human cognition and information processing; processing asymmetries of the human cerebral hemispheres; individual differences in cognitive processing and functional cerebral organization; interaction of the two hemispheres in the normal brain; mechanisms of attention; age-related changes in cognitive processing; handedness; and hemispheric asymmetry in clinical populations, including Alzheimer's patients and schizophrenics. He has served as Action Editor for the journal Brain and Cognition and on the editorial boards of several other journals. Current interests also include changes in the way people view experts and expertise, educating people to be more sophisticated consumers of research, the role of technology in shaping our future, as well as a spectrum of topics in higher education.

Digit and dot number-matching stimuli were used to replicate findings reported for younger adults by Patel and Hellige (2007) and to explore whether performance would differ for younger versus older participants. Participants were to make numerical matches of digits only, dots only, and digits and dots mixed conditions to determine whether reaction time (RT), percentage error, and efficiency scores that combine latency and accuracy for match trials were better on within- versus across-hemisphere trials. Sixty-six younger and 42 older participants were screened with the Mini-Mental State Examination (MMSE) and the Geriatric Depression Scale. They performed the three experimental conditions and were assessed with Digit Span Forward and Backward subscales from the Wechsler Adult Intelligence Scale-III. Results for younger adults demonstrated a within-hemisphere advantage for the Digits and Mixed conditions and an across-hemisphere advantage for the Dots condition, consistent with previous literature. Older participants showed a stronger within-hemisphere advantage for the Digits condition compared with younger participants and no advantage for within- or across-hemisphere processing for the Mixed condition when RT was considered, but they performed similarly to younger adults when efficiency scores were used and showed a relative across-hemisphere advantage for the Dots condition. Although RT suggests age-related differences in how information is distributed across the hemispheres of the brain, more comprehensive efficiency scores indicate that younger and older adults appear to use similar strategies in the coordination of interhemispheric transfer of information. MMSE scores regardless of age were related to type of task but not to across- versus within-hemisphere performance. (PsycINFO Database Record (c) 2016 APA, all rights reserved)

Physical and Name Identity letter-matching tasks were used to explore differences in interhemispheric collaboration in younger and older adults. To determine whether other factors might also be related to across/within-hemisphere processing or visual field asymmetries, neuropsychological tests measuring frontal/executive functioning were administered, and comparisons were made for participants split into low and high efficiency groups based on performance on the letter-matching tasks. A Task by Across/Within interaction was found for both groups, but with a stronger within-hemisphere advantage for the Physical Task and a weaker across-hemisphere advantage for the Name Task for older participants. More efficient groups and better performers on several neuropsychological tasks showed a reduced across-hemisphere advantage for the Name Identity task. Findings suggest that computational complexity, specific task demands, and perhaps trade-offs between age-related changes in gray and white matter all contribute to whether processing loads are distributed across or within hemispheres as we age.

Processing asymmetries in the visual system

Previous studies indicate that the benefits of dividing an information processing load across both cerebral hemispheres outweigh the costs of interhemispheric transfer as tasks become more difficult or cognitively complex. This is demonstrated as better performance when two stimuli to be compared are presented one to each visual field and hemisphere than when both stimuli are presented to the same single hemisphere (an across-hemisphere advantage). Two experiments indicate that this finding does not generalize to complex tasks that require matching numeric quantities represented by two very different visual formats whose processing involves somewhat different cortical areas: digits and dice-like dot patterns. In fact, mixing these stimulus formats consistently produces a within-hemisphere advantage. We propose that, when two simultaneously presented stimuli are presented in sufficiently different visual formats, identification of the two stimuli may take place in parallel, via different cortical access routes and with little or no interference, even when they are presented to the same cerebral hemisphere.

Complications may occur during laparoscopic surgery, even with a skilled surgeon and under ideal circumstances, because human error is inevitable. We reviewed videotaped procedures where malpractice was alleged and resolved in court to evaluate potential contributing factors. We evaluated possible sources of complications related to cognitive science, systems error, equipment issues, and surgeon selection and training. The way the human brain's hard-wiring shapes information processing, as well as perceptual learning, can influence the risk of surgical complications. Situation awareness and principles derived from aviation crew resource management may be adapted to help avoid systems error. The current process used to select gynecologic surgeons and the structure of surgical training may need to be reconsidered.

Evolution of brain lateralization in humans

A prominent characteristic of human brains is that the left and right sides of the cerebral cortex are functionally asymmetric. Understanding this hemispheric asymmetry or laterality requires consideration of the manner in which it emerged over evolutionary time. This article considers several issues that arise in constructing scenarios for the evolution of laterality, with special emphasis on computational advantages of separating processes that might be described as complementary into sufficiently distinct cortical areas so as to increase the extent to which those processes can occur efficiently without interfering with each other.