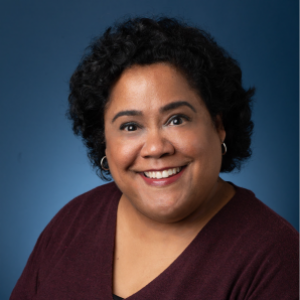 She has been a private practitioner and consultant. She is culture and trauma sensitive. She provided informed and responsible health and educational service, training, and consultation.

Children Who Lost a Parent as a Result of the Terrorist Attacks of September 11, 2001: Registry Construction and Population Description

2007 Children who experience traumatic bereavement in the context of catastrophic disasters are at increased risk for developing post-disaster problems. Despite massive loss of life on September 11th, 2001, no public data were collected on those children who lost a parent in the multiple terrorist attacks. Such a registry would be an important public health tool to help mitigate the consequences of traumatic bereavement and to guide health surveillance efforts. As information about affected individuals was fragmented and difficult to congregate, we constructed our registry by conducting systematic public record searches and data exchanges with key stakeholders to identify, locate, and characterize all the 9/11 bereaved children. We identified 1,363 victims who were parents of minor children, and 2,752 bereaved children below age 18. In addition to reporting important identifying data on these children, this study also demonstrates the feasibility and the potential usefulness of such a registry to support post-disaster service provision and advocacy efforts. The construction of registries of severely affected people post-disaster should become government policy to obviate the need to use ad hoc methods to construct lists of high-risk individuals.

The Structure of Interpretations in Family Therapy: A Video-Enhanced Exploration

2000 A method for assessing the structure of interpretations of family therapy events is described. Family sessions were videotaped; each participant then independently reviewed the tape, stopping it to indicate any significant events and describing the importance of each identified sequence. Qualitative approaches to analyzing the stop points are described, using data from six families and their therapist. This combination of direct session experience and reflective interpretation provides a much-needed perspective on the meaning of sessions and psychotherapeutic interaction. Research and clinical implications for scientifically examining the structure of shared interpretations in family therapy are discussed.