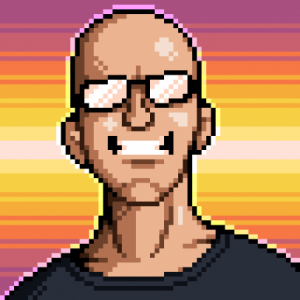 A native to Southern California, Josh holds a BA in Communication Studies and an MFA in Animation, both from UCLA. He worked in feature animation as a technical coordinator and assistant editor on Shane Acker’s 9 (2009), and as an editorial coordinator on the blockbuster hit Despicable Me (2010).

Josh specializes in educational software development and he has programmed applications and games for the web and mobile devices. He was the lead programmer of Looney Tunes™ ClickN READ Phonics®, which teaches children to read and features classic Warner Bros. characters. He has also developed enterprise desktop, mobile and touchscreen kiosk apps for corporate clients.

A CONVERSATION WITH JOSH MORGAN

Josh Morgan, an animation technical services engineer at LMU, is a lecturer in the School of Film and Television and the Frank R. Seaver College of Science and Engineering. He has studied the films of Japanese animation filmmaker Hayao Miyazaki and has published an article on the subject in Animatrix, an animation-based journal produced at UCLA. Morgan teaches interactive animation and game design. He was interviewed by Editor Joseph Wakelee-Lynch.

Nonlinear storytelling for animators and filmmakers with an emphasis on interactive scripting to create user involvement in the unfolding narrative. The integration of animation and interactivity is explored to show how user-controlled animation for games is different than for film and linear narratives. There is also an emphasis on design issues and scripting for interactivity.

The art and science of games. Goals, rules, game balance, and other fundamentals are introduced, as well as implementation issues such as modeling, physics, animation, networking, and performance. Coverage of existing gaming platforms and languages is provided as needed. Concepts are applied in an appropriately scaled, team-implemented game project.

Flying with Miyazaki: Flight as a metaphor for power in "Spirited Away"

Virtually every animated feature film directed by Hayao Miyazaki, the “master of Japanese animation,” depicts fantastic scenes of flight. By granting his characters the power of flight, Miyazaki conceives visually stunning flying sequences, as his heroes and heroines soar to the outer limits of the dreamscapes he creates. It is just as easy, if not easier, for an animator to make a character fly as it is to make a character walk, and since his medium is animation, there are no limits to the scale or complexity of the flying machines that Miyazaki can construct. Moreover, Miyazaki’s characters do not even need airplanes to fly, because the magic of animation can give anyone the magic of flight. Despite the boundless freedom that animation affords him, however, Miyazaki is very deliberate about which characters he endows with the power of flight, how they are able to fly, and when they can take to the air. The dazzling displays of flying in Miyazaki’s films are not merely for show, but rather, they are masterful metaphors that symbolize the empowerment of the character in flight.