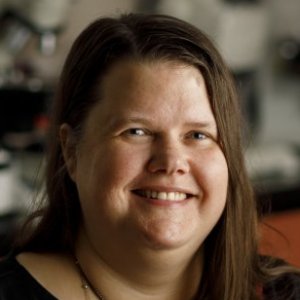 
Joyce Fassbender is an entomologist and arachnologist with research interests in general biology. 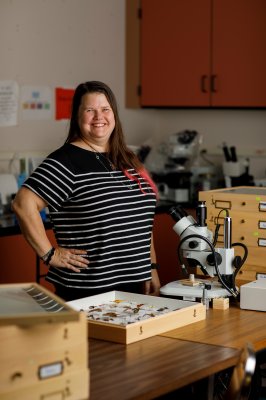 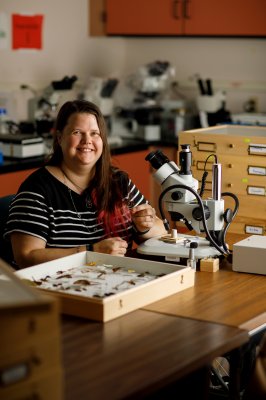 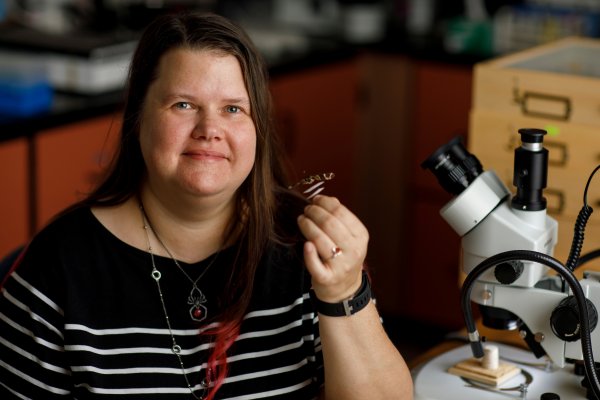 Joyce Fassbender is an instructor of biology at Florida Gulf Coast University. She studies the effect seen in the biodiversity of insects caused by the intersection of climates in Southwest Florida. Her work has also focused on spiders in Louisiana and neotropical wood-boring weevils.

Murder hornets are not likely to show up in Florida, expert says

Dr. Joyce Fassbencer explains why you are not seeing murder hornets in Florida.

We get the lowdown on love bugs

Dr. Joyce Fassbender talks about love bugs and their value to the Southwest Florida ecosystem.

Rain could force Florida scorpions indoors. Here's what to know

Dr. Joyce Fassbender discusses the role scorpions play in keeping other populations, like roaches, in check.

Beware of these dangerous worms in Cape Coral

Dr. Joyce Fassbender discusses horsehair worms and their benefits to the environment.

2014 The loss of tropical forests has a direct effect on saproxylic beetles through the loss of larval feeding substrates and an indirect effect through microclimate change in forest fragments. Impacts will be exacerbated by climate change, and species with narrow niches will be particularly vulnerable. This study presents baseline data on niches (seasonality,host plant, stratum, and branch diameter) of saproxylic weevils in a minimally disturbed moist forest of French Guiana. Weevils (excluding bark beetles) were expected to be host specialists and more abundant in moist microhabitats.Bait branches from three species in the Brazil nut family (Lecythidaceae) were exposed during the dry and rainy season at ground and canopy stratum. They yielded 1,262 weevils in 24 species; 95% belonged to the subfamily Conoderinae. Weevils emerged in greatest abundance from Eschweilera coriacea (A. P. de Candolle) S. A. Mori and from branches in the coolest, moistest microhabitat: ground stratum during the rainy season. Shifts towards warmer, drier climatic conditions would probably have a negative impact on most saproxylic weevil species currently associated with the Brazil nut family. Although this family is expected to suffer under biotic homogenization, the favored host species is hyperdominant throughout Amazonia; climate permitting, E. coriacea could provide a refuge.

2002 During Pleistocene glaciation much of the southeastern United States was covered with mixed mesophytic hardwood forest. These forests are composed predominantly of magnolia, holly, and beech with a mixture of other tree species, such as oak and hickory, and a distinct understory. Remnants of mixed mesophytic hardwood forests occur in the southern United States and are important refugia for disjunct and habitat-restricted species. In Louisiana, the mixed mesophytic forest habitat is found mostly in West Feliciana Parish, particularly in the area around St. Francisville. I chose two sites to conduct a study of spider diversity in litter habitats of disturbed and mature forests. Comparing spider species found these two habitats was necessary to understand the effects of disturbance on species richness and abundance. Berlese sampling was used to collect 10-kg samples of forest litter twice monthly from both sites. Collections were made from October 1998 to October 1999. I collected 1725 adult specimens representing 89 species in 14 families. At the mature forest site (Tunica Hills WMA) I collected 909 adult specimens, 58 species in 12 families. At the disturbed forest site (Feliciana Preserve) I collected 816 adult specimens, 73 species in 12 families. Species accumulation and richness estimators indicated the likelihood that additional species were present but not collected during the sampling period. The disturbed site had significantly greater species diversity and more uncommon species, perhaps because of a wider variety of microhabitats and presence of tourist and colonizer species. The mature forest site was less diverse, perhaps as a result of more stable and homogeneous habitat. Multiple disjunct species with northern affinities were found during the course of this study. Twelve species previously unreported for the state were discovered bringing the total to 225 spider species that are known to occur in Louisiana.