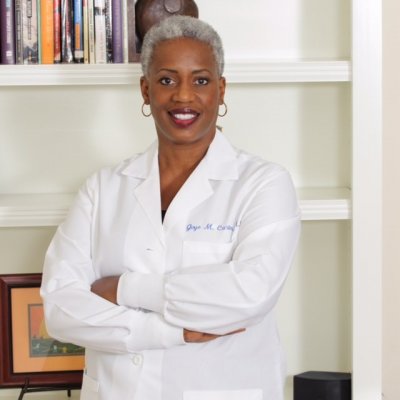 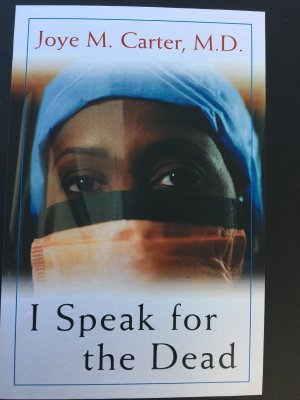 Joye M Carter,MD is an in demand speaker who lays it on the line when it comes to the reality of death investigation. Dr. Carter has been a forensic pathologist and public speaker for more than 35 years. She was the first African American to be named a Chief Medical Examiner in the history of the United States. She was also the first graduate of Howard University College of Medicine to become board certified in forensic medicine. She was the first black female to serve as a deputy chief medical examiner of the Armed Forces, first female appointed as Chief medical Examiner in the District of Columbia, Houston, Texas and Indianapolis, IN.
Dr. Carter has served as a full academic professor in the department of pathology at Indiana University School of Medicine and served as the director of forensic fellowship training. She is an author and publisher as well as owner of the forensic consulting firm J and M Forensics. Dr. carter has testifies before the US Senate as well as the Parliament and Supreme Court of South Africa. IN addition she has been a mentor for more than 20 years and possesses an interactive speaking style that invites the listeners into the talk and gets them to think about things a little differently.

Dr. Carter's first book, My Strength Comes from Within is used in many schools as a mentoring tool for young people and their parents. Dr. Carter delivers a strong message about crime, substance abuse and violence to a variety of audiences. As a pioneer Dr. carter has dealt with gender and racial bias throughout her career and has navigated her way to a successful business in her beloved specialty based upon ethics and strong sense of fairness. She is a frequent guest on CNN and numerous television and news shows where information on death investigation is needed. Respectful and yet firm she conducts training sessions for insurance firms, educational programs, church groups and youth guidance programs.

Dr Carter recently relocated to Houston, Texas where she remains in the private practice of forensic pathology consultation and education. Her mantra " Ethical solutions for todays' Forensic problems" are words that she lives by. The best way to combat the uneven criminal justice system and convoluted health care and medical educational fields is to communicate effectively, participate directly and investigate correctly.

Living Well is the Best Revenge

Standing On the Shoulders of Others

Go Ahead, Call me the B-word!

Self esteem is something that we have to make it in this cruel world. African American women and girls tend to suffer from lack of this in our daily lives from social media and lacking foundation of parental guidance. When you call me a B-word you are calling me beautiful and brilliant!