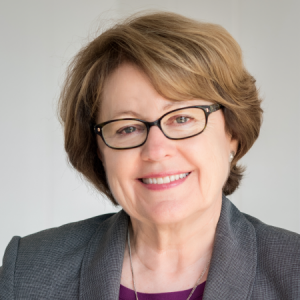 
Putting important ideas to use for the public good 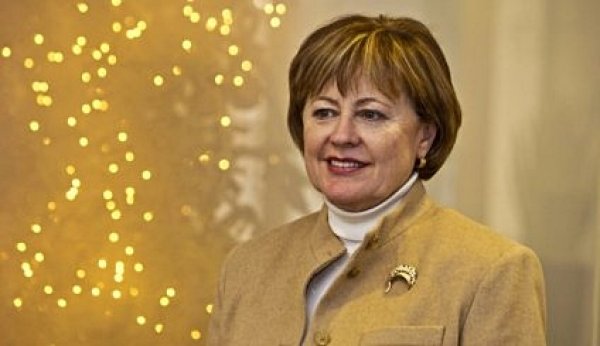 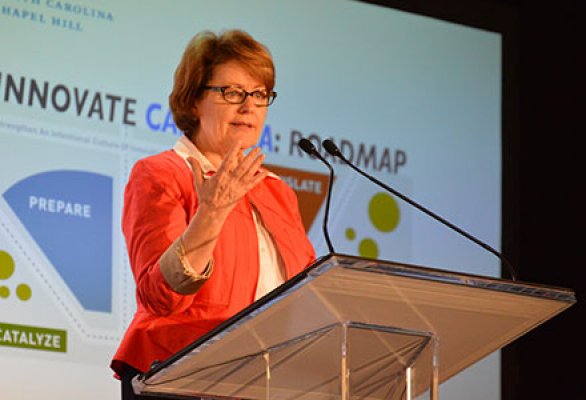 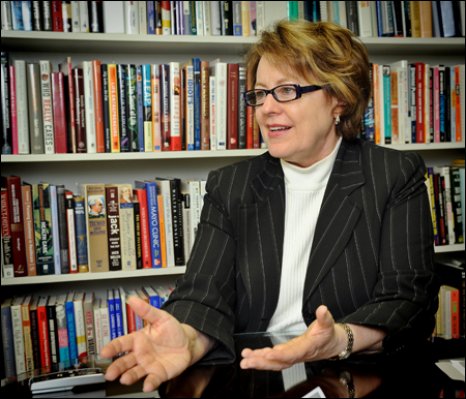 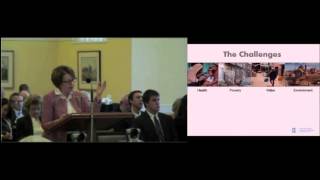 A veteran of national and international entrepreneurship programming, former Kauffman Foundation executive Judith Cone brings extensive experience to drive UNC-Chapel Hill’s innovation agenda. Cone is vice chancellor for innovation, entrepreneurship and economic development. She leads Innovate Carolina, a pan-university commitment to being a place where innovators thrive. A main focus is on expeditious action to help solve the most pressing problems in North Carolina and around the world. She is a co-founder of Launch Chapel Hill, Blackstone Entrepreneurs Network and Carolina Research Ventures.

Before coming to Carolina, Cone served as vice president of emerging strategies and entrepreneurship at the Ewing Marion Kauffman Foundation, capping a 15-year career with the Foundation. During her tenure, Cone led many of the foundation’s signature education and entrepreneurship initiatives and programs, including a business startup training program that has been used worldwide by millions of entrepreneurs; an award-winning web resource for entrepreneurs; and the Kauffman Campuses Initiative, which has transformed the culture on university campuses by making entrepreneurship education accessible to students and faculty across all fields of study. As global ambassador for the Kauffman Foundation, Cone worked with leaders around the world to help transform economies.

For the previous 12 years, Cone co-founded two management consulting firms serving Fortune 500 clients. Her first career was as a learning disabilities teacher working with disadvantaged children in a low-income area, where she experienced first-hand the pervasive and devastating effects of poverty on children and families.

Cone writes and lectures nationally and internationally on entrepreneurship and innovation.

The University of Kansas: Degree, Business 1976

An investment management firm has committed $65 million in funding to UNC to accelerate the development and creation of new medicines. The University is partnering with Deerfield Management to form Pinnacle Hill, LLC. Pinnacle Hill will manage funding to approved projects and provide drug development expertise across a wide range of therapeutic areas, according to a University press release. Deerfield Management is an employee-owned hedge fund sponsor that typically invests in the health care sector, particularly pharmaceuticals, biotechnology and generic drugs.

UNC-Chapel Hill hopes to use a $65 million partnership with a New York-based investment company to untap the university’s drug pipeline, and bring more drugs to development.

How to get the most out of college

We overwhelm teenagers with advice about choosing a college. Go big. Go small. Put prestige above cost. Do the opposite. We inundate them with tips for getting in. Spend summers this way. Write essays that way. Play a niche sport. Play an obscure instrument. And then? We go mum, mustering less urgency and fewer words for the subject of actually navigating the crucial college years to best effect. It’s strange. And it’s stupid, because how a student goes to school matters much, much more than where. So for several years — during visits to campuses, interviews with experts on higher education and interactions with recent graduates — I’ve been gathering wisdom along those lines.

The UNC Board of Trustees heard a proposal for an incubation space at their finance committee meeting last Wednesday. The area, which will partner with a third-party life-sciences operating company, will provide development and acceleration to life science startup companies created by university staff, according to the presentation. The presenting group suggested the sixth floor of the Carolina Square development as their targeted location. UNC vice chancellor for innovation, entrepreneurship & economic development Judith Cone proposed the idea to the board and explained why she believes the university needs a place like this.

After six years, 250 local companies mentored and more than $430 million in capital raised by these companies, the Blackstone Entrepreneurs Network–RTP celebrated these accomplishments at a Carolina campus event July 20. The network, a partnership Carolina made with three other Triangle universities and the Blackstone Charitable Foundation, not only has accomplished what it set out to achieve in the Research Triangle Park, but the foundation has also used that success to prove that these results can be replicated in other communities.

Eyes across the South have been watching Seattle over the past months in hopes of an Amazon “HQ2” announcement — many believe that the e-commerce and tech giant’s choice of where to place its second headquarters would signify not only a large economic development project, but also indicate the imminent tech leadership of the city it chooses. But, as Amazon continues to hold out on its decision, another tech monster may be putting down roots in the South. Local Raleigh, NC news station WRAL reported in May that Apple is “close to announcing a deal” to put a second large campus in the Research Triangle Park area, the largest research park in the country, according to multiple sources.

UNC makes strides to become a hub for business development

According to data published by the Office of the Vice Chancellor for Innovation, Entrepreneurship and Economic Development, UNC is a launch pad for startups and research ventures. The office tracks data on the success of ventures founded by University faculty, staff or students at campus or three years after leaving. Since 2017, the number of ventures tracked by the office increased from 418 to 521. These ventures employ 70,225 people, 8,569 of them in North Carolina, and brought in $10.6 billion in annual revenue.

A new report shows that companies with links as startups to UNC-Chapel Hill employ more than 8,500 people and generate more than $10 billion in revenues.

University of North Carolina's Office for Innovation, Entrepreneurship and Economic Development dedicates itself to encouraging students and faculty to embrace the entrepreneurial spirit. Judith Cone, who was appointed Vice Chancellor of the office in 2015, says the initiative has, in addition to building the institution's relationship with North Carolina industries, helped students gain the types of skills that could benefit them in the workplace.

Accelerating UNC Chapel Hill’s profile as a startup hot spot is an increasing priority that is panning out, according to the university’s top innovation executive. Former Chancellor Holden Thorp hired Judith Cone as a vice chancellor in 2009 after she had worked for 15 years at the Kauffman Foundation, a leading entrepreneurship think tank based in Kansas City, Mo. She’s helped build Innovate Carolina, a university-wide project to turn ideas of students, professors and alumni into successful businesses. While university schools and departments often work in silos, Cone’s group is an advocate for commercialization activity across campus.

The economic value created by startups connected with the University of North Carolina at Chapel Hill is on the rise, according to a biannual report on Carolina’s commercial and social ventures. The mid-year analysis shows upward trends in how the University’s startup companies and social ventures are growing across North Carolina, creating new jobs that contribute to the changing workforce and bringing revenue to local and global communities. It includes ventures founded by faculty, staff and students during their time at UNC-Chapel Hill or within three years of graduating from or leaving the University.

Startups are a crucial part of a dynamic economy, creating innovations and jobs, but they struggle to find funding from investors. The newly launched Carolina Angel Network (CAN), will close this gap by connecting alumni, faculty, students, donors and other members of the University of North Carolina at Chapel Hill community with promising affiliated, early-stage, private companies to provide advice, networks and funding.

New UNC makerspace puts innovation in the hands of students

Laser cutting, 3D printing equipment, sewing machines. All are available for use in UNC’s new Be-A-Maker or BeAM innovation lab in Murray Hall. UNC has been known to offer cutting-edge technology to students for use in the classroom and for their major, but BeAM is open to everyone for both educational and personal uses. Fletcher Cox is a UNC senior, and used the sewing machines in BeAM to make a special pair of “Strip-Straps” that attach to the back of a flip-flop to make them sandals. Cox started a business from this idea for people to have a cheaper alternative to popular sandal brands.

Global Entrepreneurship Week starts today at UNC and around the world

“This Kenan Institute initiative is an important part of the University’s commitment to an integrated innovation and entrepreneurship ecosystem on campus known as Innovate Carolina,” said Judith Cone, Interim Director of the Kenan Institute and Interim Vice Chancellor for Commercialization and Economic Development at UNC-Chapel Hill. She also is Special Assistant to Chancellor Carol L. Folt for Innovation and Entrepreneurship...

UNC-Chapel Hill created a new position to help drive economic development. The role is titled "vice chancellor of commercialization and economic development," and the university named Judith Cone as the first to hold the position. The UNC Board of Trustees directed Cone "translate University research and ideas into practical benefit for society while enhancing economic prosperity in North Carolina and beyond."...

Founding partner and steering committee member for multi-university collaboration to tap the expertise and connections of high-impact entrepreneurs to jump start the regions entrepreneurial ecosystem.

Deshpande Symposium on Innovation and Entrepreneurship

Planning committee for this venue that brings leaders in higher education together annually to look at best practices in building and supporting entrepreneurial ecosystems.

How University Startups Deliver an Economic Boost to North Carolina

If the State of North Carolina was actively recruiting a company promising to bring 8,000 good jobs with revenues of $10 billion, that would attract significant interest. Hold that thought.

Where Does Goodness Lie? Examination of the Social Benefits of Capitalism

Examination of the social benefits of capitalism.

Entrepreneurship on Campus: Why the Real Mission is Culture Change

Examines the role of culture change in fostering an entrepreneurial ecosystem at universities.

Teaching Entrepreneurship in Colleges and Universities: How and Why a New Academic Field is Being Built