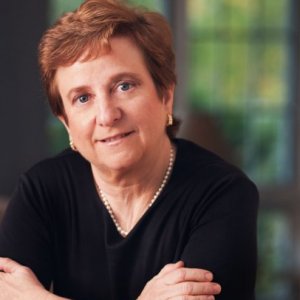 
Experienced, dynamic speaking focused on impact of technology on to drive innovation and business success

Judith S. Hurwitz ,President and CEO of Hurwitz & Associates, Inc., a research and consulting firm focused on emerging technology including cloud computing, big data, software development, computing management, and security. She is a technology strategist, thought leader, speaker, and author. A pioneer in anticipating technology innovation and adoption, She has served as a trusted advisor to many industry leaders over the years. Judith has helped these companies make the transition to a new business model focused on the business value of emerging platforms. She was the founder of CycleBridge, a life science software consulting firm and Hurwitz Group. She has worked in various corporations including Apollo Computer, and John Hancock. In 2011 she authored Smart or Lucky? How Technology Leaders Turn Chance into Success (Jossey Bass, 2011). Judith is a co-author on five retail Dummies titles including: Hybrid Cloud for Dummies (Wiley Publishing 2012) Cloud Computing For Dummies, Service Management For Dummies, and Service Oriented Architecture For Dummies, 2nd Edition (all Wiley Publishing 2009). She is also a co-author on many custom published Dummies titles including Information on Demand For Dummies (IBM Limited Edition) and Platform as a Service For Dummies (Cloudbees Limited Edition). She is currently co-authoring Big Data for Dummies scheduled for release in 2012. She has written extensively about all aspects of distributed and enterprise computing. Judith holds a BS and MS degrees from Boston University. She is a member of Boston University’s Alumni Council. She serves on several advisory boards of emerging companies. She was named a distinguished alumnus Boston University's College of Arts & Sciences in 2005. She is also a recipient of the 2005 Massachusetts Technology Leadership Council award.

The Future of Cloud Computing

How to Be A Successful Technology Entrepreneur

Smart or Lucky? How to create sustainable success in business

Many entrepreneurs with the best ideas do not succeed. Success in business requires the luck of having the right timing combined with the smarts to turn that luck into a well designed business that can survive and thrive. This talk discusses the ten rules for creating highly effective and sustainable businesses.