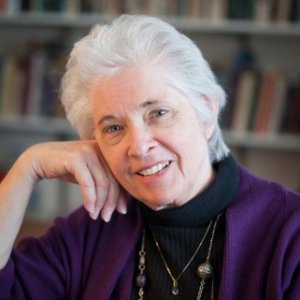 Professor Royer teaches acting, directing, dramatic literature and playwriting. She was director of the Playwrights Center Stage new plays series, now the New Works Festival at LMU. She has directed over 40 revivals and 60 original scripts in the U.S. and the U.K. and has worked as producer, director and dramaturg with new play development programs sponsored by the National Endowment for the Arts, Playwrights Theatre, the Mark Taper Forum and Theatre Gallery in Los Angeles, the latter for which she was founder and former artistic director. She was producing director for the Southern New Plays Festival in New Orleans and has directed new works and/or American premieres at the Edinburgh Fringe Festival, the Piccolo Spoleto Festival, New Dramatists, Alice’s Fourth Floor and the Cherry Land Theatre in New York City, as well as the Victory Theatre, Gascon Center Theatre and Interact Theatre Company in Los Angeles.

Professor Royer is a past member of the National Playwriting Committee for the Kennedy Center American College Theatre Festival (KCACTF) and was awarded the 1971 Kennedy Center Gold Medallion, the 2012 Milan Stitt Award for her work in fostering new plays and playwrights around the country, as well as the KCACTF Region VIII 2014 Lifetime Achievement Award. Royer is a founding member of the Association for Theatre in Higher Education (ATHE) and former Chair of that organization’s Acting and Playwrights and Creative Teams Programs. She was awarded the ATHE 2002 Playwrights Program Distinguished Service Award, the ATHE 2008 Outstanding Teacher of Theatre in Higher Education Award and honored by the recent renaming of the ATHE Excellence in Playwriting Award as the Judith Royer Excellence in Playwriting Award.

A Conversation with Judith Royer, C.S.J.

For four decades, Judith Royer, C.S.J., has taught almost all aspects of theater: from playwriting to acting, directing and producing. She has won national recognition, including the 2008 Outstanding Teacher of Theatre in Higher Education Award, given by the Association for Theatre in Higher Education. Royer is a member of the Sisters of St. Joseph of Orange. She was interviewed by Editor Joseph Wakelee-Lynch.