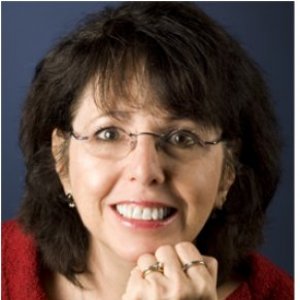 Fueled by her passion for addressing systemic barriers, known for her boundless energy and sharp analytical mind, Judith Katz has distinguished herself as a thought leader, practitioner, educator, and strategist for more than 40 years. She has created new paradigms in organization development and pioneered cutting-edge approaches to white awareness, inclusion, the leveraging of differences, covert processes, and strategic change.

Throughout her career, Judith’s thought leadership has brought critical ideas and issues to light. Few people, for instance, have connected the ability of all individuals to do their best work with the future of organizations as eloquently or persuasively. Colleagues and clients speak highly of her generosity, her humility, her approachability, her sense of humor - and her resolute commitment to partnering with all people so they can step fully into their own personal power.

Judith began her career by earning a doctorate in education from the University of Massachusetts in 1976. After continuing in academia, Judith joined The Kaleel Jamison Consulting Group, Inc. (KJCG), in 1985 and currently serves as Executive Vice President. She has led many transformational change initiatives in the United States and around the globe, partnering with such organizations as Allstate, Ecolab Inc., EILEEN FISHER, INC., Merck, the City of San Diego, Telecoms of Singapore, and United Airlines. She also co-created the Covert Process Concept and Lab with Bob Marshak.

Judith has been widely recognized for her extensive contributions. She was named a Pioneer of Diversity by Profiles in Diversity Journal in 2007 and a Legend of Diversity by the International Society of Diversity and Inclusion Professionals in 2012. In 2014, Judith received the Organizational Development Network's Lifetime Achievement Award. She has also received ODN's Larry Porter Award (2009) and the Outstanding Achievement in Global Work Award (2012). She received the DTUI Cultural Competency Professional Award in 2004 and the American College Personnel Association Voice of Inclusion Medallion the same year. In 2015 she was recognized as a Forum on Workplace Inclusion Legacy Leader. Judith serves as an Expert Panelist for The Diversity Collegium Global Diversity and Inclusion Benchmarks.

The gains from diversity

Pate said that ensuring diversity and inclusion is a process that requires leveraging differences to be more creative. Referring to “The Inclusion Breakthrough” by Frederick A. Miller and Judith H. Katz, he said, “Inclusive organizational cultures leverage diversity by creating an environment with a broader bandwidth of acceptable styles of behavior and appearance, thereby encouraging a greater range of available paths to success.”...

The Hidden Waste In Manufacturing — And How To Address It

We all know about the cost savings generated when we eliminate waste from manufacturing processes. How many of us consider the savings available when we address another source of waste: the waste that occurs in our workplace interactions?...

The Paradox of Differences and the Illusion of Sameness

Many of us seek out the familiar in our relationships. We are naturally comfortable with others of similar heritage, background, job title and specialty, because they seem familiar to us. We connect with others through what we have in common, such as shared interests and circumstances, and we build bonds through those commonalities. It is hard to overestimate how deeply ingrained this process is. Consider the central conflict of Romeo & Juliet (or its modern musical version, West Side Story): the principals' love against the prevailing culture of "stay with your own kind" and "different is bad."...

Judging Others Has Not Worked… So Let's Join Them

2013 Within organizations, there is a crucial distinction between judging others and joining them. Katz and Miller contend when we are instinctively wary of others it “slows us down in a world that demands speed.” When in joining mode, you gain more and faster ...

Handbook for Strategic HR-Section 3: Use of Self as an Instrument of Change

2012 By definition, something covert is undercover. It is concealed, disguised; in short, hidden from view. How then does one go about detecting the presence of a covert dynamic at work in a group or organization? When we first began thinking about covert processes, this was ...

The Next Leap Forward

2007 OD practices, principles and approaches lay at the very core of work to leverage diversity and create cultures of inclusion so organizations will experience breakthrough performance. OD practitioners play a critical role in challenging clients to aim higher with their inclusion ...

1996 Coaching of senior leaders is presented as a key component in changing organizational culture, based on the authors' more than 40 yrs of combined experience in organization development consulting and executive coaching. To enable organizations to ...

The sociopolitical nature of counseling

1985 Counseling is a sociopolitical act. However, many counselors are unaware of the fact that the profession has at its core a set of cultural values and norms by which clients are judged. In order to make the counseling psychology field more responsive to the needs of ...