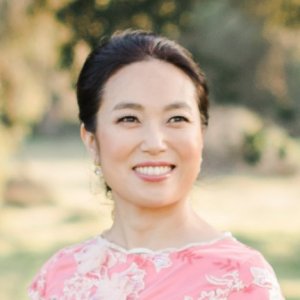 Judy Park received her Ph.D. at Cornell University before joining the English Department at Loyola Marymount University as assistant professor of Renaissance literature. She teaches courses in early modern literature, sixteenth and seventeenth century drama, and the history of British literature. Her research focuses primarily on English literature and drama of the seventeenth century, and her areas of interest include the relationship between dramatic and political forms, and the emergence of republican and imperialist thought in English and Dutch literary and political culture. She is currently at work on a book, Staging Republic and Empire: Politics of Drama, 1603-1660, a study of seventeenth-century Stuart and Interregnum drama that explores the contradictory forces of republicanism and empire in a range of dramatic forms, such as the masque, tragicomedy, and closet drama. She is a recipient of the Beinecke Scholarship and a Fulbright Grant, and is a member of Phi Beta Kappa.

University of California at San Diego: B.A., Literatures in English

"The Limits of Empire in Davenant's The Siege of Rhodes"

"The Tragicomic Moment: Republicanism in Beaumont and Fletcher's Philaster"