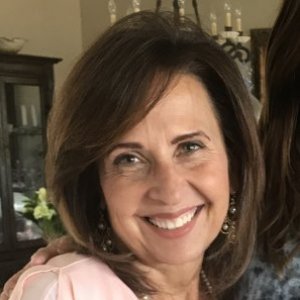 Dr. Julia Combs is an assistant professor of English at Southern Utah University and directs the SUU Writing Center. Her research focuses on the history of rhetoric, particularly feminist rhetoric of the seventeenth century, the rhetoric of place and space and writing in the disciplines.

She also proposed and developed the Technical Writing Certificate and developed the Writing Fellows, a program for faculty-nominated students to support specific classes in majors like biology, business, history and engineering. 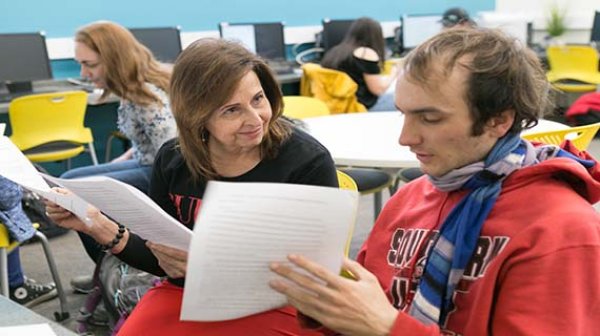 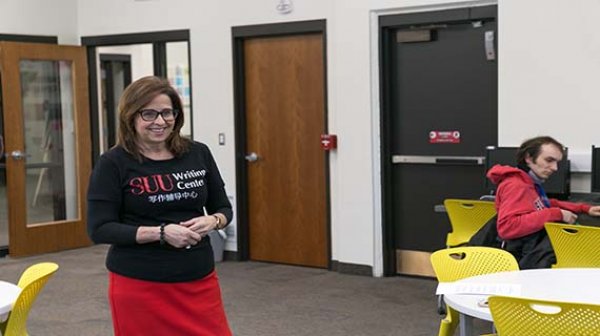 Funded and approved at SUU in 2015

Collaborated with Jon Smith. Approved in 2015

The Writing Center: Am I “Write?”

“It doesn’t matter if you’re writing a biology summary, a personal statement, or a dance essay-writing is writing, and we can help you with it.” Julia Combs, assistant professor of English and director of the Writing Center, said.

Julia Combs, director of the SUU Writing Center, traveled to China over the summer with five of her student workers to open a writing center at WPU. They were able to implement the program and train the Chinese students to keep it running. It is one of the first English writing centers in China. “We care about these international students and we want them to succeed,” Combs said. “We’re hoping the center will help them practice their English and become more comfortable with the language.”

Fountains of Love: The Maternal Body as Rhetorical Symbol of Authority in Early Modern England.

For Erasmus, the two fountains streaming milky juice--a new mother's breasts--represent powerful symbols of love and authority. Erasmus describes the mother's breasts as fountains oozing love to the sucking child. Elizabeth Clinton extends the image of Mother to represent God, reminding the nursing mother that when she looks on her sucking child, she should remember that she is God's new born babe, sucking His instruction and His word, even as the babe sucks her breast. Dorothy Leigh extends the image of the nursing mother to an image of Christ himself. Mother's love, especially a breast-feeding or "lying in" mother's love, is one of the most authoritatively gendered representations of love. Issues of gender and authority converge often around the image of the breast-feeding mother. Drawing on the image of the nursing mother, Dorothy Leigh and other early modern writers actively engaged in the most contentious and public debates of their day, including the authority of men, preachers and kings.

"Me thinks if I Were a Man": An Analysis of Dorothy Leigh's Mother's Blessing as a Response to Joseph Swetnam.

As one of the first and most popular female-male authored conduct manuals of the seventeenth century, Dorothy Leigh's The Mother's Blessing is usually placed in the company of private, domestic literature. However, it does not sit comfortably there. Leigh claims to forget herself, as she rhetorically navigates her way through the constraining but enabling genre of the conduct manual. In this paper, I position Leigh as one of the initial respondents to Joseph Swetnam's pamphlet The Arraignment of Lewd, idle, froward and unconstant women.

Stephen Greenblatt has famously argued that Renaissance individuals refashioned themselves. Somewhat less well known, however, is that Renaissance individuals also refashioned their spaces, both public and private. For instance, in the wake of the Protestant Reformation, church pews were redesigned, seating men and women side-by-side rather than seating men on one side and women on the other side. This change in public spaces mirrored changes in private, domestic spaces. Protestant clergy rejected celibacy in favor of marriage; the parson lived in a home with his wife and family. The physical construction of the family home changed.

The second of the GE writing courses emphasizes the development of an effective academic style in argumentative essays that makes use of traditional rhetorical patterns, culminating in a major research paper.

ENGL 3120 Writing in the Sciences

Students will develop skills for writing about the sciences in different contexts, for various purposes. Students will write technical papers about science for professional audiences. They will also write about scientific issues for general audiences, clarifying relevant cultural issues.

Students will use time-tested rhetorical strategies to identify new opportunities and solve problems. They will develop plans for action, organize ideas, improve the clarity of their writing, and communicate scientific information in a way that a general audience can understand. Students will have the option to work with a community partner in a project-based technical writing experience.

Explores current theory and research on the writing process, analyzes disciplinary writing conventions, and teaches strategies for helping writers review their work. Students will help their peers improve their writing in courses across the curriculum through twenty hours practicum in peer tutoring.