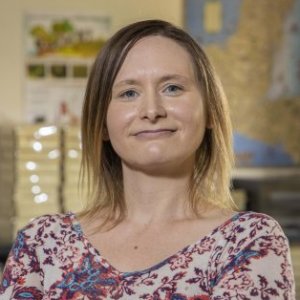 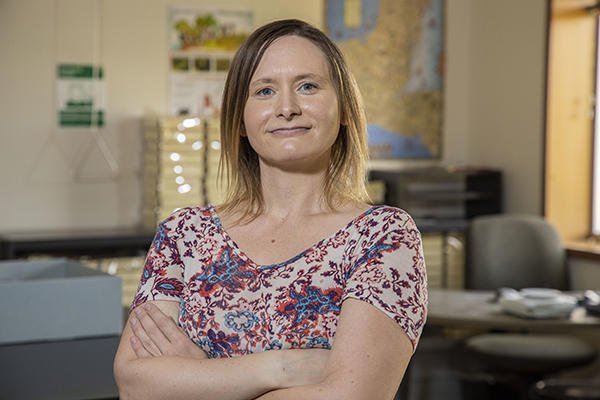 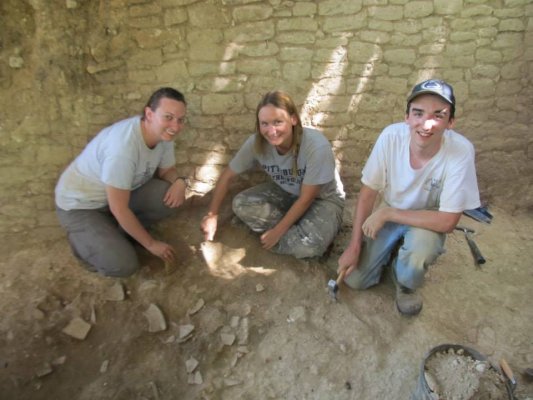 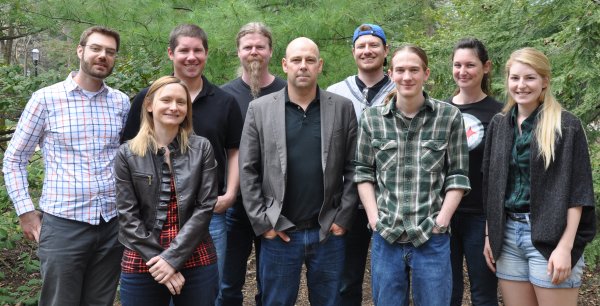 Dr. Hoggarth's research applies an interdisciplinary approach that integrates history, demography, archaeology, and climate research to understand the impacts of abrupt climatic change from the Classic to Colonial Periods in the Maya Lowlands. Over the past several years, she has worked to compile archaeological and historic datasets from across the region to understand the effects of prehistoric and historic drought episodes on agricultural production and health for Maya populations. Her new project (funded by the National Science Foundation) focuses on developing a high-resolution radiocarbon chronology for the Belize Valley, based at the sites of Baking Pot and Cahal Pech. Ultimately, this project aims to identify chronological correlations (or lack thereof) between episodes of severe drought from the ninth to eleventh centuries with precisely dated archaeological evidence for political and demographic collapse. She is currently working to develop comparative methods for investigating archaeological examples where climate has impacted prehistoric societies. Identifying causal relationships is integral to this goal and her current work is strongly focused on chronology building. As such, she is developing the Archaeometry and Radiocarbon Sample Preparation Laboratory, which will offer analytical services for the preparation of organic samples for radiocarbon dating and isotopic measurement.

Julie Hoggarth, Ph.D., associate professor of anthropology, is quoted in this article on radiocarbon analysis that is used to date artifacts.

Baylor Connections will feature a conversation with Julie Hoggarth, Ph.D., archaeologist and assistant professor of anthropology. Baylor Connections is a weekly radio program/podcast that introduces the people behind Baylor’s teaching, research and distinct role in higher education.

After deciphering the text, Hoggarth and colleagues realized it provided an unusual insight into a period where there is little remaining written information. Hoggarth and her colleagues now published details of the vase in a book, A Reading of the Komkom Vase Discovered at Baking Pot, Belize. Co-authors include Christophe Helmke, from the University of Copenhagen, Denmark, and Jaime Awe, from Northern Arizona University.

Baylor University has announced that the find ‘was discovered in excavations directed by Julie Hoggarth, Ph.D., an American archaeologist. She is from the Baylor College of Science and Arts based in Waco, Texas. Hoggarth found the shattered vase and quickly established that it bore important hieroglyphic text. She was so excited that she immediately contacted an expert in Copenhagen, Denmark, to report the discovery.

We might finally know why the Maya abandoned their impressive limestone cities about 1,000 years ago

“We know that there was already increased warfare and socio-political instability throughout the Maya area prior to the 9th Century droughts,” says Julie Hoggarth at Baylor University in Waco, Texas, who co-led December’s climate analysis.

“Really, for me, the ultimate drive behind my research is to try to think of ways that people can respond—whether that is successfully or maybe not so successfully,” Hoggarth said. Hoggarth is an assistant professor in anthropology at Baylor University and serves as assistant director of the Belize Valley Archaeological Reconnaissance Project, an investigative group that regularly examines large prehistoric Mayan sites like Cahal Pech, Baking Pot and Lower Dover in the upper Belize River Valley.

2019 The long-term response of ancient societies to climate change has been a matter of global debate. Until recently, the lack of integrative studies using archaeological, palaeoecological and palaeoclimatological data prevented an evaluation of the relationship between climate change, distinct subsistence strategies and cultural transformations across the largest rainforest of the world, Amazonia.

2018 Recent conceptual advances in the Earth sciences have led to an improved understanding of the dynamics governing the Critical Zone (CZ)—the interface where life meets rock and soil on land (Brantley et al., 2007; Nordt and Driese, 2013).

Drought and Its Demographic Effects in the Maya Lowlands

2017 Increasing evidence supports the role of climate change in the disintegration of regional polities in the Maya lowlands at the end of the Classic Period (750–1000 CE). However, the demographic effects of drought remain largely unknown in the absence of Classic Period textual evidence indicating declines in agricultural productivity and population over this broad geographic area.