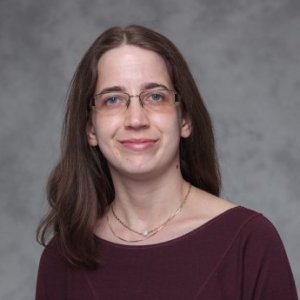 Dr. Julie McCown is an assistant professor of English at Southern Utah University. She teaches courses in American literature, critical theory, and composition. 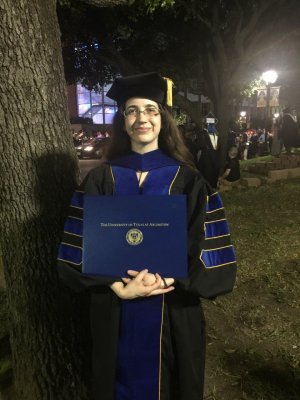 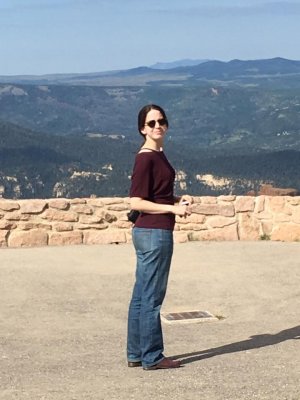 Identities and Voices in American Literature

University of Texas of the Permian Basin: M.A., English

University of Texas at Arlington, 2015

University of Texas at Arlington, 2013

Books Written or Edited by SUU Faculty in 2022

Go back in time to the 1870s and experience the life of one of the West’s forgotten female figures. The story of Martha Maxwell and her life as a natural historian and taxidermist is one that no one really knows about. Written by her half-sister, Mary Darrtt, in 1879 and edited by SUU’s own Julie McCown, this book gives a unique perspective on women’s role in the old West in a never-before-seen light.

Dissolving into Visibility: Early American Natural History and the Corporeality of Interspecies Encounters

This essay brings William Bartram’s 1791 Travels and Thomas De Quincey’s 1849 “The English Mail-Coach” into productive conversation with each other, focusing on crocodilians as a central point of connection. As both physical and semiotic specimens in correspondence networks, crocodilians become a medium of exchange through which Bartram and De Quincey confront the limits of personal identity and imperial expansion. By bringing together these two writers, the essay shows how crocodilians, as a medium of exchange, shift from physical, material specimens to abstract, imaginary symbols, and how natural history’s correspondence networks facilitate an abstraction and effacement of animals.

"An Essay on Slavery": An Unpublished Poem by Jupiter Hammon

A previously unknown poem written by Jupiter Hammon of Long Island is one of the most important discoveries related to this eighteenth-century poet and slave in nearly a century.1 The poem, entitled “An Essay on Slavery, with Submission to Divine Providence, Knowing That God Rules over All Things,” directly addresses questions concerning slavery and is by far the most outspoken antislavery statement by this often-neglected eighteenth-century writer.

This course explores how writers imagine scenes of first contact between humans and aliens. What does first contact look like? Is it an opportunity for discovery, wonder, and understanding? Or a site of conflict and violence? What does it mean to be an alien? What parallels can be drawn between science fiction and the real world relationships between human cultures? As we consider these questions throughout the semester, we will read a variety of texts from genres including science fiction, speculative fiction, afrofuturism, and indigenous futurism.

An introductory course in the reading and application of literary theory, which provides a survey of major critical and methodological approaches.

This course is a survey of American literature from its roots to the Civil War. We will be reading a variety of texts and literary genres that touch on many of the important themes, identities, voices, and styles that make up American literature as we know it today.

This class focuses on the American Renaissance - a period of literary history that runs roughly from 1830 to 1865. We will primarily be focusing on the 1850s, a decade that saw a significant output of American literary masterpieces including Moby Dick (1851), The Scarlet Letter (1850), Uncle Tom’s Cabin (1852), and Leaves of Grass (1855). In this class, we will be reading these texts and others from this prolific decade of American literature. To facilitate our examination and study of these texts, we will pay special attention to the role of bodies and corporeality: How are bodies (both human and nonhuman) created and constructed? How do those understandings of bodies affect people’s identities as well as the various social and political institutions of the time period? How can posthumanist theory, and its questioning of the limits of the human, help illuminate the role bodies played in the literature of the American Renaissance?

An experimental project based course that re-thinks how we study early American literature and culture. The class explores different ways of “doing literary studies” and how these experiments promote rigorous and meaningful ways of reading and thinking about literature.