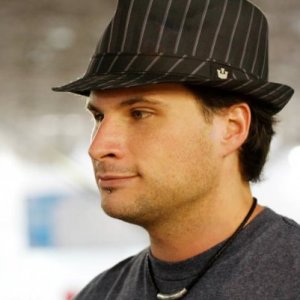 Sharing the passion of the Mobile industry and designing products that make sense for consumers.

Julien is Rovio's Bad Piggy Bank Manager & Magician. Julien is driving Rovio's Monetization Strategy.
Before joining Rovio, Julien has established his own Mobile Strategy consulting company, working with the likes of Vodafone and Nokia.
He has also worked at the Symbian Foundation, as a Technology Catalyst, helping shaping and communicate the value proposition and the future of the Symbian platform. Prior to to take up this position, he worked at Nokia, contributing to key projects such as the transition from keypad to touch interface, and leading the major effort behind third-party integration for the N97 in 2009.

Julien's earlier experiences in the mobile industry include participating in leading research projects in the field of Micro and Nano Sensor Networks, conducted by Tampere University of Technology, and working to integrate sensors within a mobile platform at PurpleLabs (now Myriad Group).
Julien holds an MSc in Computer Sciences, Telecommunications and Networks from the Ecole Francaise d’Electronique d’Informatique (EFREI), in France.

Building the next big thing - Part2

Building the next big thing