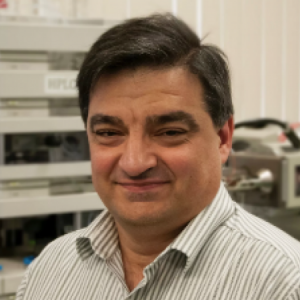 
An expert in biological therapeutics, microbial pathogenicity, and protein and peptide therapeutics. 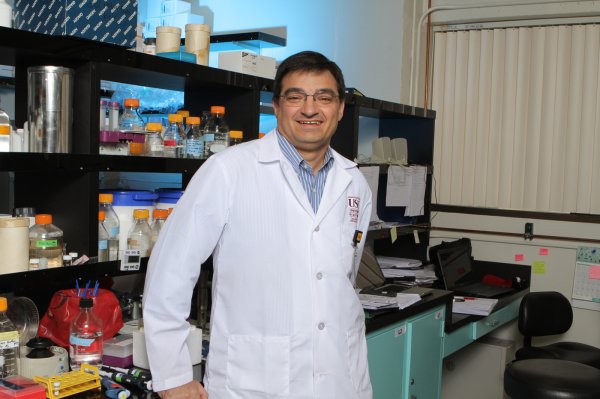 Dr. Camarero started his studies in chemistry at the University of Barcelona (Spain), received his Master degree in 1992, and finished his PhD thesis there in 1996. Afterwards he joined the group of Professor Tom W. Muir at The Rockefeller University as a Burroughs Wellcome Fellow where he contributed to the development of new chemoselective ligation techniques for the chemical engineering of proteins. In 2000, he moved to the Lawrence Livermore National Laboratory as a Distinguished Lawrence Fellow where he became staff scientist and head of laboratory in 2003. He finally joined the University of Southern California in 2007 as an associate professor.

His current research interests are focused in the development of new bioorganic approaches using protein splicing and synthetic protein chemistry for studying biological processes involved in bacterial pathogenicity and how can be modulated or inhibited by small molecules. Dr. Camarero has authored over 40 peer-reviewed publications and four invited book chapters.

Recipient of one of the first NIH “big idea” awards designed to “encourage projects so original that they have the potential to challenge fundamental beliefs,” Dr. Camarero was recognized for his research to develop a new generation of antibody substitutes.

USC School of Pharmacy Associate Professor Julio Camarero is getting support for his studies. The research funded by a four-year, $1.3 million RO1 grant from the National Institutes of Health focuses on the screening and selection of a novel class of protein-based therapeutics, also known as cyclotides...

2010 This invention provides new combinatorial approaches for the biosynthesis and screening of cyclic peptides inside living cells. These novel approaches are useful for finding biologically relevant molecules, e.g., those able to inhibit the cytotoxicity of Anthrax Edema Factor. Key to this ‘living combinatorial’ approach is the use of a living cell as a micro-chemical factory for both synthesis and screening of potential inhibitors for a given molecular recognition event.

Photoswitchable Method for the Ordered Attachment of Proteins to Surfaces

Described herein is a method for the attachment of proteins to any solid support with control over the orientation of the attachment. The method is extremely efficient, not requiring the previous purification of the protein to be attached, and can be activated by UV-light. Spatially addressable arrays of multiple protein components can be generated by using standard photolithographic techniques.

Described herein is a novel cyclotide able to activate the unique receptor of angiotensin-(1-7) (AT1-7), the MAS1 receptor. This cyclotide may be used in the treatment of cancer and myocardial infarction.

2019 We report novel methods for the biosynthesis of natively-folded MCoTI-based cyclotides inside live E. coli cells using a split protein splicing unit. The cyclotide MCoTI-cylotides are potent trypsin inhibitors recently isolated from the seeds of Momordica cochinchinensis, a plant member of cucurbitaceae family. Biosynthesis of genetically encoded cyclotide-based libraries opens the possibility of using single cells as microfactories where the biosynthesis and screening of a particular inhibitor can take place in a single process within the same cellular cytoplasm. The cyclotide scaffold has a tremendous potential for the development of therapeutic leads based on their extraordinary stability and potential for grafting applications. We will show an example, where a large cyclotide-based genetically-encoded library was used to screen for low nanomolar antagonists for the Hdm2-HdmX RING-mediated E3 ligase activity. We will also present different strategies to improve the cellular uptake and pharmacokinetic profiles of bioactive cyclotides.

The Potential of the Cyclotide Scaffold for Drug Development

2019 Cyclotides are a novel class of micro-proteins (≈30–40 residues long) with a unique topology containing a head-to-tail cyclized backbone structure further stabilized by three disulfide bonds that form a cystine knot. This unique molecular framework makes them exceptionally stable to physical, chemical, and biological degradation compared to linear peptides of similar size. The cyclotides are also highly tolerant to sequence variability, aside from the conserved residues forming the cystine knot, and are orally bioavailable and able to cross cellular membranes to modulate intracellular protein–protein interactions (PPIs), both in vitro and in vivo. These unique properties make them ideal scaffolds for many biotechnological applications, including drug discovery. This review provides an overview of the properties of cyclotides and their potential for the development of novel peptide-based therapeutics. The selective disruption of PPIs still remains a very challenging task, as the interacting surfaces are relatively large and flat. The use of the cell-permeable highly constrained polypeptide molecular frameworks, such as the cyclotide scaffold, has shown great promise, as it provides unique pharmacological properties. The use of molecular techniques, such as epitope grafting, and molecular evolution have shown to be highly effective for the selection of bioactive cyclotides. However, despite successes in employing cyclotides to target PPIs, some of the challenges to move them into the clinic still remain.

2019 Protein splicing domains, also called inteins, have become a powerful biotechnological tool for applications involving molecular biology and protein engineering. Early applications of inteins focused on self-cleaving affinity tags, generation of recombinant polypeptide α-thioesters for the production of semisynthetic proteins and backbone cyclized polypeptides. The discovery of naturallyoccurring split-inteins has allowed the development of novel approaches for the selective modification of proteins both in vitro and in vivo. This review gives a general introduction to protein splicing with a focus on their role in expanding the applications of intein-based technologies in protein engineering and chemical biology.

2013 Covering: 1988 to 2012 This review presents recommended nomenclature for the biosynthesis of ribosomally synthesized and post-translationally modified peptides (RiPPs), a rapidly growing class of natural products. The current knowledge regarding the biosynthesis of the >20 distinct compound classes is also reviewed, and commonalities are discussed.

2008 Immobilization of proteins onto surfaces is of great importance in numerous applications, including protein analysis, drug screening, and medical diagnostics, among others. The success of all these technologies relies on the immobilization technique employed to attach a protein to the corresponding surface. Non‐specific physical adsorption or chemical cross‐linking with appropriate surfaces results in the immobilization of the protein in random orientations. Site‐specific covalent attachment, on the other hand, leads to molecules being arranged in a definite, orderly fashion and allows the use of spacers and linkers to help minimize steric hindrances between the protein and the surface. The present work reviews the latest chemical and biochemical developments for the site‐specific covalent attachment of proteins onto solid supports.