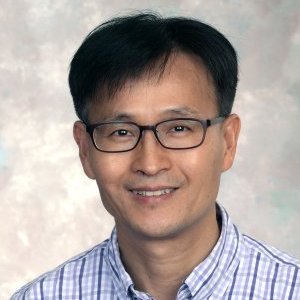 
Dr. Jung Lee is an expert in bioinformatics, drug design and molecular modeling. 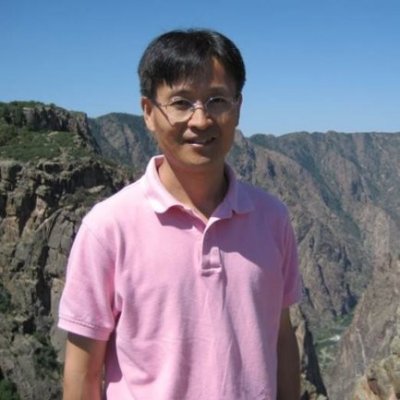 Ph.D.: Bioinformatics and Medicinal Chemistry, The University of Texas at Austin 2003

Dr. Jung Lee joined the faculty at Milwaukee School of Engineering in 2011 and is currently an associate professor in the Physics and Chemistry Department. Lee is also part of a team of faculty and students working on a National Science Foundation I-Corp funded research project titled “Developing an Artificial Red-Blood-Cell Product.” He also has been involved with the Clinical and Translational Science Institute of Southeast Wisconsin (CTSI), and the MSOE Center for BioMolecular Modeling. He will be serving as the Milwaukee section chair of the American Chemical Society in 2021.

jBPCI: A Bioinformatics Tool to Identify Basepairs and Their Conformations in RNA Structure

Gordon Research Conference on Visualization in Science & Education  Lewiston, ME

Gordon Research Conference on Visualization in Science & Education  Lewiston, ME

Are Genes and Their Mutations Responsible for Disease?

2017 For more than 45 years since the War on Cancer in 1971, the ruling conceptual framework on fighting disease has been, and still is, on hunting for genes and their mutations, churning out countless “promising” breakthroughs, none of which really panned out into treatment. As the human genome was declared “completed” in 2003, gene-obsessed scientists turned to whole-exome sequencing, in the guise of Personalized Medicine, striving to comparatively identify all the deleterious mutations likely to cause “personalized” disease. Nonetheless, the genome-guided Personalized Medicine is not that guaranteed either. This review is not merely to discuss the inherent problems around the common wisdom on disease, but to document a growing number of multidimensional evidences, all coming together to point to one thing: genetic mutation is not behind disease.

2017 Bioinformatics tools and computational methods to predict biomolecular structure from sequence has been and still is in constant development, originally motivated by the Anfinsen’s dogma on protein folding. The dogma was the very basis for the development of the extremely widely accepted notion that “sequence dictates structure which dictates function.” Nonetheless, the dogma does not support the concept of divergent evolution, the most common form of evolution in nature, but support the concept of convergent evolution, creating several major problems in its application to biomolecular structure prediction. Besides, the dogma ignores homology, the most important requirement for the successful use of comparative sequence analysis, which is the most powerful and most widely used Bioinformatics tool to align homologous sequences not only to infer RNA secondary structures accurately, but also derive evolutionary relationships between diverse organisms. Now is the time to revisit the dogma and throw the ingrained and flawed conventional notion away, followed by adopting a new notion: “Function dictates structure which, in turn, dictates sequence.”

The International Journal of Artificial Organs

2016 To improve the stability of pectin-oligochitosan hydrogel microcapsules under physiological conditions.

2015 To develop and characterize a microscale pectin-oligochitosan hydrogel microcapsule system that could be applied in such biological fields as drug delivery, cell immobilization/encapsulation, and tissue engineering.