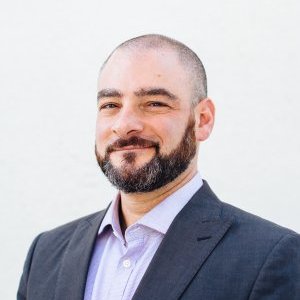 A nationally recognized scholar of constitutional law and the law of democracy, Professor Justin Levitt recently returned to Loyola after serving as a Deputy Assistant Attorney General in the Civil Rights Division of the U.S. Department of Justice. At DOJ, he primarily supported the Civil Rights Division’s work on voting rights and protections against employment discrimination (including LGBT rights in the workplace).

Levitt has published in the Harvard Law Review, the Yale Law and Policy Review, the Georgetown Law Journal, the William & Mary Law Review, and the peer-reviewed Election Law Journal, among others. He has served as a visiting faculty member at the Yale Law School, at USC's Gould School of Law, and at Caltech. He was honored to receive Loyola's Excellence in Teaching Award for 2013-14.

Levitt has been invited to testify before committees of the U.S. Senate, the U.S. Civil Rights Commission, several state legislative bodies, and both federal and state courts. His research has been cited extensively in the media and the courts, including the U.S. Supreme Court.

Levitt served in various capacities for several presidential campaigns, including as the National Voter Protection Counsel in 2008, helping to run an effort ensuring that tens of millions of citizens could vote and have those votes counted. Before joining the faculty of Loyola Law School, he was counsel at the Brennan Center for Justice at NYU School of Law, for five years. He also worked as in-house counsel to the country's largest independent voter registration and engagement operation.

At Loyola, Levitt established the Practitioner Moot Program, a complimentary service to the community allowing attorneys with pending appellate matters to practice their arguments before faculty experts and experienced advocates.

Levitt served as a law clerk to the Honorable Stephen Reinhardt of the U.S. Court of Appeals for the Ninth Circuit. He holds a law degree and a masters degree in public administration from Harvard University, and was an articles editor for the Harvard Law Review. He is admitted to the bar in California, New Jersey, New York, and the District of Columbia, and to the U.S. Supreme Court, the U.S. Courts of Appeal for the Fourth Circuit, Ninth Circuit, and Eleventh Circuit, and the U.S. District Courts in the Central District of California and Northern District of Florida.

Citizenship and the Census

This piece is the first to interrogate the legal and political rationale of that decision, and its consequences for the theoretical basis of American representative democracy and for the tangible distribution of clout and cash. In Part I, it explores the likely impact of the decision, demonstrating that Secretary Ross’s eleventh-hour intervention presents risks for the decennial enumeration that the Census Bureau itself had previously deemed intolerable, and which have only intensified in the current political climate. Part II turns to the proffered basis for this upheaval.