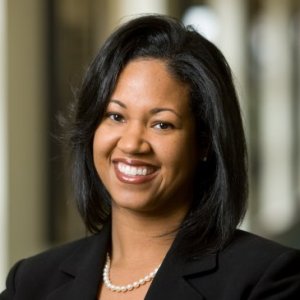 Kami Chavis is a former Assistant U.S. Attorney for the District of Columbia whose litigation experience serves as a cornerstone to her scholarship in criminal justice and criminal procedure. Because her expertise is expansive, Chavis is a leader in criminal justice reform and often writes and consults on matters of police and prosecutorial accountability, federal hate crime legislation and enforcement, and racial profiling. Chavis is also the authority on police body-cameras, having frequently contributed to local, national, and international media coverage on police killings of black men in the U.S. After graduating from Harvard Law School, Chavis worked on various aspects of civil litigation, white-collar criminal defense, and internal investigations. She is currently the Associate Provost for Academic Initiatives at Wake Forest University in addition to her role as director of the Wake Forest School of Law Criminal Justice program. 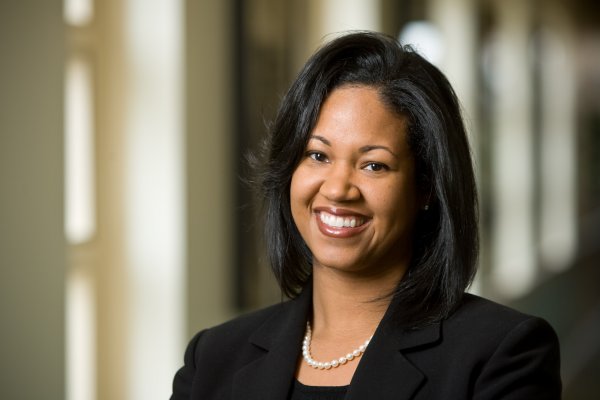 In every tally of hate crimes, blacks are the most frequent victims

The annual FBI hate crimes report remains important precisely because it clearly demonstrates what is actually happening in the United States, said Kami Chavis, professor of law and director of the criminal justice program at Wake Forest University.

“Do these laws protect good cops who found themselves in an unfortunate situation? Yes. But they also protect bad actors,” says Kami Chavis, a law professor and director of the criminal justice program at the Wake Forest University School of Law in Winston-Salem, N.C. “We have to balance some of those protections against protections of citizens who are at the mercy of these officers.”

"It's important that we have protections for prosecutors [from spurious misconduct claims] to be able to do their jobs effectively, without fear of a chilling effect on their performance," says Kami Chavis, director of the Criminal Justice Program at the Wake Forest University School of Law in Winston-Salem, N.C., and a former US attorney.

Kami Chavis, law professor at Wake Forest University, called the change an "antiquated and outdated mindset." "It could potentially be sending a message to some departments that, 'Hey, we're the federal government, we're going to look the other way, so do what you will,'" Chavis said.

“If there was a weapon in his hand, then the case for using lethal force becomes stronger,” said Kami Chavis, a law professor who is the director of the criminal justice program at Wake Forest University in Winston-Salem, N.C. But she also noted that there have been cases in which a person was unarmed “but it was determined that a reasonable officer could have viewed whatever it was in their hands as a weapon.” In many of those cases, officers were cleared of criminal conduct. “Even if the officer was mistaken about what he had in his hand, and yet it was reasonable, it could be deemed a justified shooting,” Professor Chavis said.

Kami Chavis, a former assistant U.S. attorney who directs the criminal-justice program at Wake Forest University School of Law in Winston-Salem, N.C., said she hopes the recent protests in Charlotte and other cities will prompt new police training programs and, potentially, far less frequent use of lethal force. “We’re going to see more public outcry until we have a cultural shift in the tactics that some law enforcement agencies use,” she said.

Does video of Keith Scott bring new facts to light?

“There are all kinds of reasons why a police department might not want to release it right away,” says Kami Chavis, a professor of law at Wake Forest University who studies police accountability. “The key is to developing a comprehensive policy, because you have to balance all of those competing interests.” “When there is an officer-involved shooting, I think police departments should err on the side of releasing that footage after they’ve made sure privacy concerns are protected,” Chavis says. “There’s been so much distrust and a history of tensions between some communities and police. This can help the public in terms of increasing transparency.”

Crime stats show minorities are more likely to be victims

Kami Chavis Simmons, director of the Criminal Justice Program at Wake Forest University, said the fact that groups of people with the most contentious relationship with police disproportionately need the help of officers is one of the biggest challenges of 21st-century police departments. “Often the poor, urban, minority neighborhoods are experiencing the most crime, and people in those communities deserve to be protected,” she said. “The problem is when the police who come into these neighborhoods think that everyone is a criminal.” “It’s really not a new problem at all – how do we balance public safety while protecting civil liberties of all citizens?” she said. “The attention and the accountability that we’re seeing is what’s new. Culturally, police organizations are going to have to change.”...

“I’m very intrigued by this. It’s a creative response,” said Kami Chavis, a professor at the Wake Forest University School of Law and director of the criminal justice program there. “But we want there to be some enforceability and some accountability with regard to the improvements. … If the agreement is breached, what will the penalties be?”

Lawyers treat jury selection — no surprise here — as an issue to litigate. In this article, we stand outside the litigator’s role and look at jury selection from the viewpoint of citizens and voters. As citizens, we believe that the composition of juries in criminal cases deserves political debate outside the courtroom. Voters should use the jury selection habits of judges and prosecutors when deciding whether to re-elect the incumbents to those offices. More generally, jury composition offers a stress test for the overall health of local criminal justice.

Increasing Police Accountability: Restoring Trust and Legitimacy through the Appointment of Independent Prosecutors Washington University Journal of Law and Policy

Immediately following the shooting death of Michael Brown in Ferguson, Missouri and the death of Eric Gardner at the hands of a New York Police Department officer, criminal justice advocates called for greater measures to hold police officers accountable for their actions. For many observers, the failure to secure criminal indictments against the officers involved in each of these deaths of unarmed citizens suggested various shortcomings in the criminal justice system.

One of the most hotly contested reform proposals involves requiring police officers to wear body cameras. Body-mounted cameras are not a new technology, and the number of police departments using them is increasing. However, a 2013 study conducted by the Police Executive Research Forum found that less than 25 percent of the 254 departments surveyed were using the cameras. Even many of the agencies that are using the cameras are racing to develop sound policies for their use.

Hate crimes continue to persist in the United States and undermine the traditions and values to which our country aspires. Until recently, however, the stringent jurisdictional limitations of existing federal legislation made it difficult for the federal government to prosecute these crimes. In October 2009, President Obama signed into law the Matthew Shepard James Byrd Jr., Hate Crimes Prevention Act (the 'HCPA'). The HCPA significantly expands the federal government’s authority to prosecute defendants accused of hate crimes because it dispenses with a previous jurisdictional requirement that made it difficult to prosecute many hate crimes. The HCPA also represents an expansion of federal authority because it protects a broader class of victims than pre-existing federal hate crimes legislation...

Many Americans have had interactions with police officers and other law enforcement agents, and the majority of these police-citizen encounters occur in the context of traffic stops. Although mildly inconvenient, traffic stops are necessary not only for enforcing traffic rules and deterring traffic violations, but they are generally beneficial for broader public safety concerns. For many people, traffic stops are simply part of life. For many racial minorities, however, especially African-American and Latino men, even a routine traffic stop takes on an entirely different meaning. Historically, the relationship between racial minorities and police has been strained, and many members of racial minority groups believe that law enforcement officers unfairly target them because of their race or ethnicity. It is widely known that many Americans, especially minorities, believe that police officers use race as a "proxy" for criminal involvement...

Despite accusations of racial profiling, only Sergeant James Crowley knows what subjective motivations prompted him to arrest Harvard Professor Henry Louis Gates, Jr., for disorderly conduct at his home in Cambridge, Massachusetts, on July 16, 2009. 2 While reasonable people may disagree about whether Officer Crowley engaged in racial profiling when arresting Gates, it is undeniable that Gates's arrest exposed a long-standing rift between some communities and the police officers who serve them. Following the incident, the divisions that have long existed in the United States between police and citizens became clear...

The Politics of Policing: Ensuring Stakeholder Collaboration in the Federal Reform of Local Law Enforcement Agencies The Journal of Criminal Law and Criminology

Title 42 U.S.C. § 14141 authorizes the United States Department of Justice ("DOJ") to seek injunctive relief against local law enforcement agencies to eliminate a pattern or practice of unconstitutional conduct by these agencies. Rather than initiate lawsuits to reform these agencies, DOJ's current strategy is to negotiate reforms using a process that involves only DOJ representatives, municipality officials, and police management officials. While there are many benefits of negotiating the reforms, the current process excludes important stakeholders directly impacted by the reforms, including community members, who are the consumers of police services, and the rank-and-file police officers, whom the reforms may adversely impact...