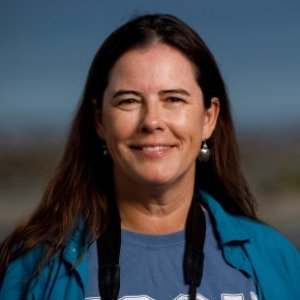 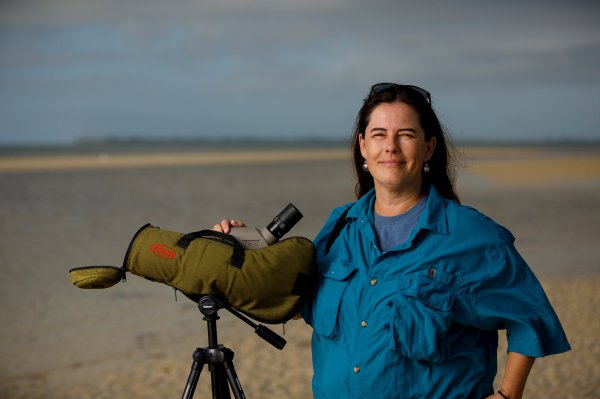 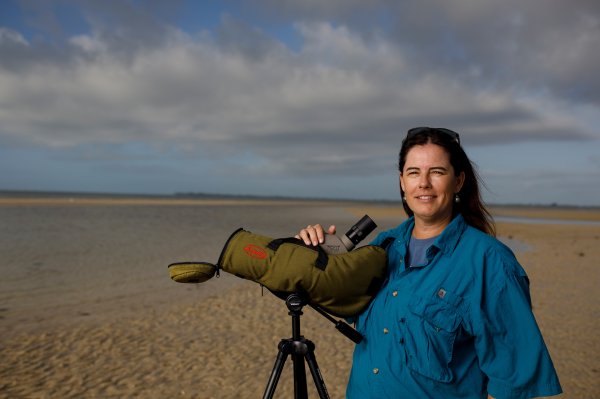 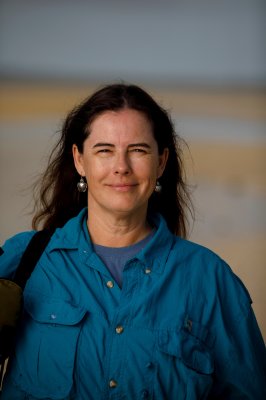 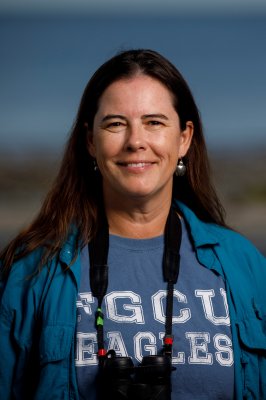 Kara Lefevre is chair, program coordinator and associate professor in the Department of Ecology and Environmental Studies within The Water School at Florida Gulf Coast University. Lefevre's teaching and research interests focus on the consequences of human activity for biological diversity, including impacts on species distributions, community assembly and ecosystem functioning. She also focuses on ornithology, behavioral ecology, seed dispersal, restoration ecology, wildlife management, biodiversity policy and the interplay between science and politics.

2018 This is a competitive residency through the Banff Centre for Arts and Creativity in Alberta, Canada. It "trains and supports writers who are exploring, testing, witnessing and reporting back on some of the most current and pressing [environmental] issues of our time."

A Biodiversity Conference at Florida Gulf Coast University gathers scientists, policymakers and educators to discuss the environmental impact of the red tide, an event beginning in 2017 when scores of dead or dying marine life washed ashore.

Scientists have organized a biodiversity conference to discuss concern about the plants and animals that are dying or facing extinction because of humanity's impact on the planet.

Birdwatching in Southwest Florida could be a "big year" with a bird watcher hoping to see more than 700 species and a seminar in Fort Myers about migratory patterns.

Seabirds as bioindicators of coastal ecosystems during a Red Tide

Assessing the distribution and population trajectories of species at risk is a core aim in conservation biology. Our lab studies focal species along the Gulf Coast of southern Florida. Projects underway include dispersal and population dynamics of the beach-nesting Black Skimmer, migration pathways of the endangered Red Knot, and habitat structure and territory quality of the endemic Florida Scrub-Jay. A new study is being planned to search for the elusive Black Rail in wetlands across south Florida.

Human-influenced stressors such as forest fragmentation, climate change, and pollution are hammering bird populations around the globe. A major factor is the transformation of vegetation structure that provides habitat for birds. We are investigating the causes and consequences of landscape change in a variety of systems. Projects include impacts of hurricane damage on wading bird use of mangroves, and the implications of reduced human traffic on wildlife movements during the COVID-19 pandemic.

2009 A large-scale study of boreal forest bird distributions across North America. Collaboration of over 50 avian and boreal forest scientists, conservation organizations, industry and other diverse partners. Grant obtained with 4 co-PIs.

The Natural Sciences and Engineering Research Council of Canada $38,200

Journal of Fish and Wildlife Management

2020 Our objectives are to advance the collective goal of studying the ecology of migratory animals using that collaborative approach, and to stimulate further research that illuminates animal movements across the Americas. Specifically, here we document and encourage the filling of infrastructure and research gaps within an expanding automated telemetry system in North America that is available to study the movement ecology of small migratory animals, and Florida’s strategic position for bird migration research highlight the strategic position of Florida as a bridge between the Atlantic and Gulf coasts of the United States, and between North and South America via the Caribbean.

2014 Environmental factors controlling the distribution and abundance of boreal avifauna are not fully understood, limiting our ability to predict the consequences of a changing climate and industrial development activities underway. We used a compilation of avian point‐count data, collected over 1990–2008 from nearly 36 000 locations, to model the abundance of individual forest songbird species within the Canadian boreal forest. We evaluated 30 vegetation and 101 climatic variables, representing most of the widely‐used dimensions of climate space, along with less usual measures of inter‐annual variability. Regression tree models allowed us to calculate the relative importance of climate and vegetation variable classes according to avian migration strategy without the need for a priori variable selection or dimension reduction. We tested for hierarchical habitat selection by formulating hypotheses on the locations of variables within the model tree structures. Climate variables explained the majority (77%) of deviance explained over 98 species modelled. As may be expected at high latitudes, we found energy availability (temperature, 65%) to be more important than moisture availability (precipitation, 12%). The contributions of inter‐ and intra‐annual climate variability (28%) were about half that of mean conditions. The relatively large contribution of remotely‐sensed vegetation metrics (23%) highlighted the importance of local vegetation heterogeneity controlled by non‐climatic factors. The two most important vegetation variables were landcover type and April leaf area index. When selected, these generally occurred in a model's right subtree, consistent with predictions from hierarchical habitat selection theory. When occupying the root node, landcover effectively delineated the historical forest‐prairie ecotone, reflecting the current disequilibrium between climate and vegetation due to human land use. Our findings suggest a large potential for avian distributional shifts in response to climate change, but also demonstrate the importance of finer scale vegetation heterogeneity in the spatial distribution of boreal birds.

2012 Forests worldwide are experiencing rapid environmental change due to human activity. We aimed to increase understanding of anthropogenic impacts on community composition and species interactions. In a natural experiment, we asked whether subsistence human land use has altered the community composition of a Neotropical rain forest on the island of Tobago, in the West Indies. We surveyed fruiting plants and birds in three adjacent habitat types that varied in level of disturbance, and used multivariate analyses to determine whether changes in the plant community were associated with differences in avifauna composition. The three forest habitats had similar plant and bird diversities, yet markedly different species compositions and abundances. Primary forest had the most diverse plant community, while disturbed habitats had a more homogeneous plant composition. Primary and disturbed forest had distinct community compositions, with canopy cover and the relative abundance of plant types explaining 83 percent of the variation in bird species assemblages. Seemingly moderate human disturbance has led to substantial changes in the plant and bird assemblages of Tobago's rain forest, outside of a protected reserve. Our study highlights the direct links between human disturbance and the structure of rain forests, underscoring the impact of even moderate activity on community composition.