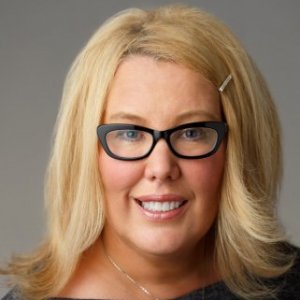 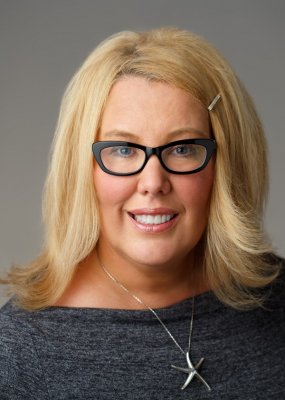 Karen has recently completed a secondment to the National Petroleum Council’s Advancing Technology for America’s Transportation Fuels Study for the U.S. Department of Energy. The Study was approved and released in August 2012 and delivers a report of fuel and vehicle prospects through 2050. It addresses fuel demand, supply, infrastructure and technology in the context of U.S. objectives to protect the environment, promote economic growth and competiveness and support energy security. She was a member of four Study teams including natural gas engines and vehicles, greenhouse gas emission reductions, heavy-duty engines and vehicles and report integration.

Karen is also Chair of the Board of Directors of Calstart in Pasadena, California and a Board Member of the Van Horne Institute at the University of Calgary. She has been named to Canada’s Clean 50™ for 2017 for her contributions to advance sustainability and clean capitalism. Karen is a recipient of the United Way of the Lower Mainland President's Award of Distinction for her exceptional community service.

Natural Gas as A Transportation Fuel

The President’s Award of Distinction is the United Way’s most prestigious Spirit Award and honours individuals or organizations for their extraordinary service and commitment to helping build stronger communities.

Canada’s prestigious Clean50 Awards are announced annually by Delta Management Group and the Clean50 to recognize those 50 individuals or small teams, from 16 different categories, who have done the most to advance the cause of sustainability and clean capitalism in Canada over the past two years.

CALGARY – Canadian clean-technology companies said it’s “extremely disappointing” that U.S. President Donald Trump will withdraw from the Paris climate change agreement, but believe state-level green legislation still represents an opportunity. Stock prices at domestic clean-tech companies plunged this week amid reports Trump would take the U.S., the world’s second largest emitter and Canada’s largest trading partner, out of the Paris Accord to reduce pollution. “In order to fulfill my solemn duty to protect America and its citizens, the United States will withdraw from the Paris climate accord but begin negotiations to re-enter either the Paris accord or an entirely new transaction,” Trump confirmed at a White House press conference Thursday. He said the withdrawal from the agreement was a reaffirmation of U.S. sovereignty.

Santa Monica, Calif., May 16, 2017 /3BL Media/ – Companies including several of the world’s largest road fleets and freight buyers have signed onto BSR’s new Sustainable Fuel Buyers’ Principles, committing to accelerating the transition to sustainable, low-carbon fuel and related technologies. Launched at the Advanced Clean Transportation (ACT) Expo 2017, the seven principles will demonstrate demand and catalyze the partnerships needed to drive a sustainable transition in the freight fuel system by focusing on three areas: building the market for low-carbon fuels, managing sustainable progress, and developing partnerships and collaborations for systemic solutions. Buyers and shippers who support the principles seek business partners who can help to: Support low-carbon, sustainable fuel choices Demonstrate competitiveness Advance investment, pilots, and standardization Measurably improve well-to-wheels climate impacts Address other relevant sustainability impacts and benefits Invest in R&D breakthroughs Collaborate for systemic solutions “Shifting the heavy-duty freight sector to low-carbon alternative fuel and vehicle technologies that deliver comparable performance, fuel efficiency, and environmental benefits is needed to achieve the emission reduction targets set by the Paris Agreement, “ says Karen Hamberg, Vice-President, Strategy at Westport, a Future of Fuels member. “Signatories to the Principles are providing a critical market signal to OEMs (original equipment manufacturers) and clean-technology solutions providers like Westport Fuel Systems that leading fleets see an investment in low-carbon fuels as the path forward and will drive the commercial availability of a wider range of alternative fuel and vehicle technologies suitable for a diverse heavy-duty freight sector.” The Sustainable Fuel Buyers’ Principles were developed by BSR’s Future of Fuels, a business-to-business fuel- neutral group focused on lifecycle energy sustainability. The mission of Future of Fuels is to drive a sustainable transition to low-carbon commercial road freight with new tools, convenings, and partnerships. The principles complement the Fuel Sustainability Tool (available free) developed last year as the world’s first apples-to-apples way to compare emissions reductions from investments in efficiency and the advanced fuel technologies entering the market.

Canada’s CEOs are optimistic on economy, but not hot on Trump

It’s the lack of clear detail on Mr. Trump’s policies so far that’s throwing off some executives. “On key files, we’re seeing a significant degree of unpredictability and uncertainty,” says Karen Hamberg, vice-president of strategy at Westport Innovations Inc., a low-emission engine and fuel-system company in Vancouver. This extends to the Trump administration’s protectionist bent. Just over three-quarters of executives surveyed in the first quarter of this year agree global trade levels could decline under Trump . And only 15 per cent of leaders believed the administration was performing well with its trade policy. “Isolationism generally leads to, maybe not a reduction in trade, but certainly will dampen any increase in trade that would occur when free trade takes place,” said John Simmons, CEO of Victoria’s Carmanah Technologies Corp., a solar technology company.

Researchers at West Virginia University have characterized pump-to-wheels methane emissions from heavy-duty (HD) natural-gas-fueled vehicles and the compressed natural gas (CNG) and liquefied natural gas (LNG) fueling stations that serve them. The study, published as an open-access paper in the ACS journal Environmental Science & Technology, greatly expands on very limited data on methane emissions from natural gas-fueled vehicles. The WVU pump-to-wheels study is the first end-use paper in a collaborative scientific research series designed to measure and better understand the sources and amount of greenhouse-gas methane that is emitted across the natural gas supply chain.

Canadian executives are confident the election of Donald Trump will have a positive impact on their business, but most have not made changes yet to be better positioned to take advantage of his promised policies. The latest quarterly C-Suite Survey of business leaders found 52 per cent anticipate Mr. Trump’s election will be positive news for their companies and a further 32 per cent believe it will make no difference, leaving a small minority anticipating a negative outcome. While many companies anticipate a positive impact from Mr. Trump’s election, just 13 per cent have adjusted their business plans to respond to the change. Among that small group, the most common plan so far is to increase business and investment in the U.S. market. Vancouver-based Westport Fuel Systems Inc., which makes natural gas-powered vehicles and engines, is not anticipating making changes. It is already well positioned in the U.S. market thanks to a strong presence in California where many local governments are looking for more environmentally friendly vehicles, said Karen Hamberg, vice-president of strategy. As oil prices rise and gasoline becomes more expensive, vehicles powered by alternative fuels such as natural gas become more attractive, so Westport anticipates growth if Mr. Trump’s policies boost oil prices. But Ms. Hamberg said it is still early days to try to forecast Mr. Trump’s impact on business given inconsistencies in some of his statements. “The takeaway for business leaders is there must be some ability to plan for a degree of uncertainty in these early days,” she said. Fewer than one-third of executives surveyed expect Prime Minister Justin Trudeau to have a good relationship with Mr. Trump, and 68 per cent forecast a negative impact on Canada-U.S. relations over the next two years.

As commercial fleet owners struggle to cut fuel costs and reduce their fleet emissions to comply with stricter air pollution rules, they are faced with a myriad of decisions. These include determining which alternative fuels and efficiency technologies make the most sense, from a business and climate perspective. A free tool, launched by Business for Social Responsibility’s Future of Fuels initiative yesterday at the Advanced Clean Transportation Expo clean fleet event in Long Beach, California, helps commercial fleet owners answer these questions and improve the efficiency and sustainability of their long-haul trucks. The BSR Fuel Tool has been developed by technical experts and Future of Fuels member companies including PepsiCo, Shell, Suncor, The Coca-Cola Company, UPS, Volvo, Walmart and Westport. It provides data for fleet owners to measure the average climate emissions for the technology they use, understand the range of related environmental impacts, and implement practices to get the results they want from their fleet and suppliers. “Life cycle emissions from the transport sector and the sustainability impacts of fuel are complex topics that depend on different inputs and variables,” Westport’s Karen Hamberg, vice president of strategy, told Environmental Leader, adding that the working group included engine and vehicle manufacturers, corporations with large fleets, academics and NGOs. “BSR’s Fuel Tool is an example of the value of cross-sector industry and academic collaboration to advance the understanding of alternative fuels and vehicles that … has resulted in an incredibly useful resource for fleet owners tasked with critical purchasing decisions.” The Fuel Tool can help buyers purchase vehicles or fuels by allowing them to compare the climate benefits of different technologies. For example, a fleet owner in Texas might want to replace diesel tractors with compressed natural gas. That fleet owner can use the Fuel Tool to understand the average carbon emissions from current trucks in the fleet, and those of various natural-gas vehicle options with different efficiencies under consideration. Many companies have set climate goals — even specific fleet emissions goals — but their buyers don’t know the questions to ask suppliers to determine which fuels will deliver, Eric Olson, BSR’s senior vice president, said in an interview with Environmental Leader. “With the Fuel Tool, company X now has at their fingertips very specific measurements...

Canadian clean tech companies continue to record stellar growth but are falling behind global competitors in the absence of a co-ordinated government strategy to boost exports. This country’s share of the global market for manufactured environmental goods fell by 41 per cent between 2005 and 2013, Analytica Advisors said in a report to be released Wednesday. Though exports grew to $12-billion by 2013, Canada dropped from 14th place to 19th place, outpaced by countries including Spain, Denmark and Malaysia. China leaped from third place in 2005 to first in 2013, doubling its share to a stunning 20 per cent of the export market. Over all, the annual Analytica report shows the clean tech sector has posted an impressive 8-per-cent compounded annual growth rate in revenues between 2011 and 2013, an increase that occurred even as the global economy struggled. Between 2012 and 2013, employment in the Canadian sector grew by 9,000 jobs to a total of 50,000 – putting it on a par with the aerospace industry.