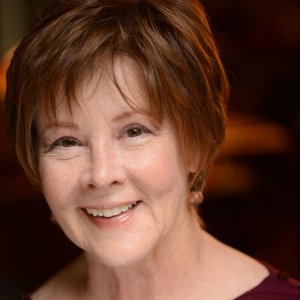 A versatile journeyman actress in classical and contemporary fields, accomplished singer in numerous genres, and voice-over artist in a long list of commercials, narration, video games and interactive media. Karen is a Lecturer in the Theater Arts Department at LMU; some of her theater highlights: Duchess of Gloucester in King Richard II, Nurse in Phaedra, Agrafena in A Family Affair, Aunt Belize in The Learned Ladies, Catherine in Arms and the Man, Constance in Madwoman of Chaillot, The Wife in All Over, Duchess of York in Richard III, Queen Gertrude in Hamlet, Diana in Lend Me A Tenor, Klytemnestra in Elektra, Clytemnestra in Clytemnestra and Menelaus, Andromache in Trojan Women, Bea in A View From the Bridge, Rita Schwerner in One Sunday In Mississippi, Madame Thenardier in Les Miserables, Mrs. Tarleton in Misalliance, Emilia in Othello, Goddess Thetis in The Iliad, Volumnia in Coriolanus. For TV, film, videos and full resume, visit www.karentarleton.com and IMDB.com/Karen Tarleton.