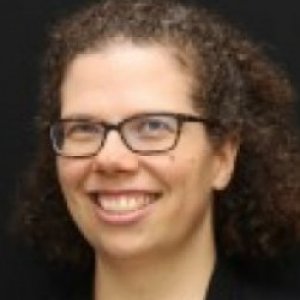 
Kari Watkins' research interests revolve around multi-modal transportation planning and the use of technology in transportation. 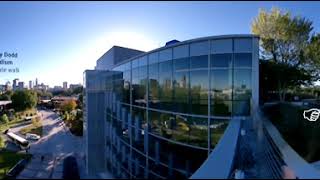 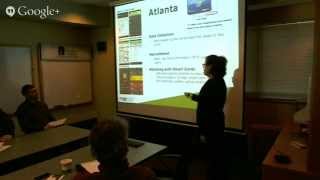 Dr. Kari Edison Watkins, P.E., is the Frederick Law Olmsted Associate Professor in the School of Civil and Environmental Engineering at the Georgia Institute of Technology. She returned to her undergraduate alma mater to become a faculty member in 2011 after completing her PhD in Civil and Environmental Engineering at the University of Washington. Her teaching and research interests revolve around multi-modal transportation planning and the use of technology in transportation, especially as related to transit planning and operations and improved traveler information. At the University of Washington, Dr. Watkins’ research focused on transit travel time reliability and the effects of transit traveler information. She co-created the OneBusAway program (http://onebusaway.org/) to provide real-time next bus countdown information and other transit information tools for transit riders in greater Seattle-Tacoma. OneBusAway has won numerous awards and Dr. Watkins dissertation was awarded the Council of University Transportation Centers (CUTC) Wootan Award for best dissertation in transportation policy and planning. As a long time cyclist, Dr. Watkins has recently begun to explore cyclist infrastructure preferences through survey research and crowdsourced cycling data through the Cycle Atlanta (http://cycleatlanta.org) program. Dr. Watkins was recently recognized by Mass Transit Magazine as a Top 40 under 40 and she is a three-time invitee to a National Academy of Engineers Frontiers of Engineering. Prior to her doctoral studies, Dr. Watkins worked for a decade as a senior transportation engineer at Wilbur Smith Associates in New Haven, Connecticut. In line with her years in industry, Dr. Watkins’ teaching focus is on including multimodal transportation concepts throughout the curriculum and sending top-notch engineers into the workforce through practical experience in the Senior Capstone course.

“It’s a huge departure from how we’ve culturally thought about this over the years,” said Kari Watkins, a professor at Georgia Tech’s School of Civil and Environmental Engineering.

Uber Wants to Be Your One-Stop Transit Stop

Kari Watkins, a transportation scholar at the Georgia Institute of Technology, who studies how riders make decisions about their choice of modes, applauded the transit-oriented changes to Uber’s app. “I think the way that Uber is trying to see themselves as a mobility company is going to do a lot for improving travel behaviors and all of the negative ramifications of our transportation decisions,” she said, pointing to rising congestion and emissions in cities nationwide. “A lot of folks come to Uber because they’re used to being in an automobile. With this version of the app, they might think to take transit instead. And that’s great.”

he United States is a nation of car owners. Ninety-five percent of households own a car, and 85 percent of people get to work in one. This lifestyle contributes to congestion on our roads and takes a big toll on the environment. As autonomous vehicles begin to hit the streets over the next decade or so, conventional wisdom says that all this will change. Driverless cars will zip along efficiently without delays due to accidents, gridlock and rubbernecking.

2019 Non-motorized travel modes, particularly cycling, are experiencing a resurgence in many United States (U.S.) states as well as in other countries. Still, most studies focus on bicyclists’ behaviors in areas with strong bicycling cultures. This paper discusses the findings of a survey (N = 1,178) deployed in six communities in Alabama and Tennessee, U.S., where cycling is not (yet) popular nor widely adopted. The analysis includes linear regression models built on respondents’ reactions to images of bicycling infrastructure and their perceptions of being comfortable, safe, and willing to try cycling on the displayed roadway type. Findings indicate a preference for more separated bicycle infrastructure types along with options that exclude on-street parking. Segmented models indicate that, compared with potential cyclists, the preferences of regular utilitarian cyclists can vary more than those of recreational/occasional cyclists. Results from this study provide useful insights into ways to maximize the return on investments, and design bike infrastructure that can attract patronage and be most successful in areas lacking a substantial bicycling population.

2019 Transit ridership has decreased steadily each year from 2014 to 2017 despite increasing urban populations and transit investment. Several analyses have examined trends in national transit ridership levels or within specific agencies or regions. However, the causes of transit ridership changes, and the changes themselves, are not likely to be the same everywhere. Thus, comparing the performance of transit agencies over time with their peers, which share similar characteristics, may yield more informative results than just examining national trends. This analysis groups metropolitan areas using relevant characteristics, which are correlated with transit ridership: total population, density, percentage of zero vehicle households, and transit agency operating expenditures. Data from the National Transit Database and the United States Census Bureau are used. Trends in transit ridership are then analyzed in relation to population and service levels within each cluster and by family of modes. Results suggest that although the change in population and service levels can partly explain the change in ridership for transit modes in dedicated right of way, the same is not true for modes in mixed right of way. In particular, transit ridership for mixed right of way modes in large metropolitan areas is not significantly correlated with the change in population or service levels.

2018 Recently, it has become common practice for transit operators to provide real-time information (RTI) to passengers about the location or predicted arrival times of transit vehicles. Accompanying this is a growing body of literature that aims to assess the impacts of RTI on transit passenger behaviour and perceptions. The main objective of this research is to compile a literature review of studies that assess the passenger benefits of RTI provision. The results suggest that the primary behavioural changes associated with providing RTI to passengers pertain to decreased wait times, reductions in overall travel time due to changes in path choice, and increased use of transit. RTI may also be associated with increased satisfaction with transit service and increases in the perception of personal security when riding transit. A second objective of this review was to identify areas for future research based on remaining gaps in the literature; two keys areas that were identified are assessing actual behavioural changes of path choice of transit riders and conducting cost–benefit analyses post implementation of RTI systems. The results of this study have immediate implications for public transit operators considering implementation or expansion of RTI systems and researchers seeking topics for future investigation.

Where is My Bus? Impact of Mobile Real-time Information on the Perceived and Actual Wait Time of Transit Riders

2011 In order to attract more choice riders, transit service must not only have a high level of service in terms of frequency and travel time but also must be reliable. Although transit agencies continuously work to improve on-time performance, such efforts often come at a substantial cost. One inexpensive way to combat the perception of unreliability from the user perspective is real-time transit information. The OneBusAway transit traveler information system provides real-time next bus countdown information for riders of King County Metro via website, telephone, text-messaging, and smart phone applications. Although previous studies have looked at traveler response to real-time information, few have addressed real-time information via devices other than public display signs. For this study, researchers observed riders arriving at Seattle-area bus stops to measure their wait time while asking a series of questions, including how long they perceived that they had waited.

Proceedings of the SIGCHI Conference on Human Factors in Computing Systems

2010 Public transit systems play an important role in combating traffic congestion, reducing carbon emissions, and promoting compact, sustainable urban communities. The usability of public transit can be significantly enhanced by providing good traveler information systems. We describe OneBusAway, a set of transit tools focused on providing real-time arrival information for Seattle-area bus riders. We then present results from a survey of OneBusAway users that show a set of important positive outcomes: strongly increased overall satisfaction with public transit, decreased waiting time, increased transit trips per week, increased feelings of safety, and even a health benefit in terms of increased distance walked when using transit. Finally, we discuss the design and policy implications of these results and plans for future research in this area.