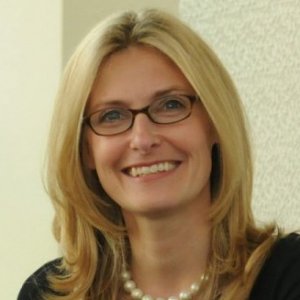 Professor Karie Davis-Nozemack is an associate professor of law and ethics at the Georgia Institute of Technology’s Scheller College of Business. Professor Davis-Nozemack teaches courses involving the application of law and ethics to business. She researches legal and ethical mechanisms for constraining opportunistic managerial behavior, including tax whistleblowers, tax compliance strategies, and fiduciary duty. Professor Davis-Nozemack's research is forthcoming in the Boston College Law Review. Her research has also been featured in the Florida Law Review, Journal of Business Ethics, University of Virginia's Tax Review, University of Minnesota's Law and Inequality, Administrative Law Review, and the Journal of Taxation. She has been invited by her peers to present her research at Wharton's Zicklin Center for Business Ethics Research, University of Florida's Huber Hurst Research Symposium, and American Business Law Journal's Invited Scholars' Colloquium. For her editing work, Professor Davis-Nozemack received the 2014 Ernie King Memorial Award for Outstanding Proceedings Reviewer.

Professor Davis-Nozemack is an excellent teacher. She has received the 2015 Brady Family Award for Teaching Excellence, 2016 CETL Curriculum Innovation Award, as well as Class of 1940 Course Survey Teaching Effectiveness Awards in 2013, 2014, 2015, and 2016.

Corporate tax avoidance is a pressing issue of both national and international concern. In recent years, the tax strategies of Apple, Facebook, Pfizer, Starbucks, and numerous other corporations have reminded the public that firms regularly undertake highly aggressive tax strategies to minimize their corporate taxes. Corporations often claim that they are legally required to engage in these aggressive strategies. But this article proves that claim is utterly and completely incorrect when based upon the fiduciary duties owed to the corporation and its stockholders.

Directors and other corporate managers often look to the classic case of Dodge v. Ford, which is ubiquitous in corporate law from the classroom to the boardroom to the courtroom, as a North Star that guides them toward and defines their fiduciary duties to the corporation and its stockholders. In Dodge, the court held, “A business corporation is organized and carried on primarily for the profit of the stockholders. The powers of the directors are to be employed for that end.” This holding, which the authors of this article will refer to as the “Dodge mandate,” has been interpreted by many directors and other corporate managers not only as a decree to relentlessly seek profit, but as an absolute edict to maximize profits, even if it means hurting society, damaging the environment, or destroying anything standing in the corporation’s path.

Unequal Burdens in EITC Compliance Law and Inequality: A Journal of Theory and Practice

Lower income means harsher treatment from the government for taxpayers who claim the Earned Income Tax Credit (EITC). EITC claimants are audited more often than any taxpayers other than the very wealthy. More concerning, however, is that the IRS audits EITC claimants by correspondence examination in a manner that unduly burdens access to this refundable tax credit, a credit that often keeps lower income workers out of poverty.

After the 2008 recession it is difficult to imagine billions of dollars being invested in publicly-traded entities with little regulation of board conflicts and no fiduciary duty protection for investors, and yet that is precisely the case for more than $516 billion of investments. Investors have flocked to publicly-traded limited partnerships (LPs) and limited liability companies (LLCs), collectively known as master limited partnerships (MLPs) because many are high- performing energy companies with a tax preference. MLP market capitalization, only $14 billion in 2000, now tops $516 billion, and more IPOs are on the horizon. Dazzled by the possibility of high yields, individual investors are likely unaware that they do not enjoy the same fiduciary duty protections that apply to stockholders of publicly-traded corporations.

Hundreds of thousands of corporations report net operating loss (NOL) carryovers every year. Corporations, with the benefit of NOL rules, may turn disappointing losses into favorable tax results. With an economic recovery on the horizon, corporations are in better position to fully utilize the benefits of NOLs generated in prior years. NOL usage is not without peril, however. Corporations should carefully monitor corporate ownership changes to ensure that NOLs are not lost to the NOL trafficking rules. Under the NOL trafficking rules, excessive shareholder turnover triggers substantial NOL limitations. Unfortunately, corporations are not in control of their shareholder turnover, and therefore not in complete control of their NOLs. To maintain NOL control, corporate tax planning may utilize corporate law, including an NOL poison pill plan. This article discusses the motivations, benefits and consequences of NOL poison pill plans.