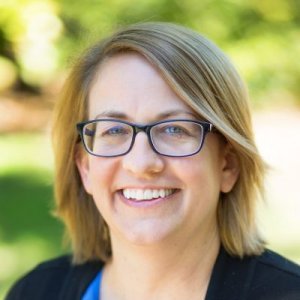 
Karin Fry is an expert in continental, social and political philosophy as well as the works of Arendt, Lyotard, and Kant.

Most of Dr. Fry's research examines topics in art, popular culture, religion, and politics. Her current research interests involve the political thought of Hannah Arendt and she serves as the Managing Editor of Arendt Studies. Prior to Georgia Southern University, she taught courses in continental philosophy, politics, and philosophy of art at the University of Wisconsin, Stevens Point.

The University of Memphis: Ph.D., Philosophy 2002

Lyotard and the Philosopher Child

2014 Jean-François Lyotard’s description of the philosopher uses a metaphor comparing the philosopher to the child. This article traces the use of the child metaphor in relation to philosophy throughout Lyotard’s work. In general, the historical problem with philosophy for Lyotard is that it has been understood as involving maturity, mastery, and adulthood. While the stereotype of the wise philosopher might suggest a mature expert who knows all, Lyotard rejects this view. For Lyotard, the philosopher is the child who seeks answers, but cannot master them. The wisdom of the philosopher is similar to Socrates’ wisdom, in that he is wise because he knows the limitations of his knowledge and does not presume to be a master. Furthermore, the philosopher is the one who listens for what has not yet been articulated and says something new. Philosophical language does not merely report or observe, but it creates expressions of what is new by becoming attuned to something latent in the world (WP 95). Therefore, the answers will not be mastered, comprehensive, or settled for good. In Lyotard’s later work, the mode or method of philosophy is closer to reflective judgment because the issues it examines are open to further discussion. Lyotard’s linking of philosophy with childhood helps avoid an understanding of philosophy grounded in technological rationality in which practical mastery is the goal. Understanding the world exclusively through the categories of means leading to ends, assumes definitive answers, mastery, and expertise. Though many understandings of philosophy stress the practical knowledge conclusively obtained or strive for mastery, Lyotard sees these forces as enemies to philosophical thought, which requires more openness to childhood. Consequently, philosophy is fully political by providing a small voice against the loud and overwhelming push toward practicality, efficiency, and the discourse of capitalism.

Hannah Arendt and the War in Iraq

2011 Using Hannah Arendt’s theory as a template, this essay analyzes American foreign policy decisions that led to the Iraq war. Obviously, Arendt would find the misinformation concerning “links” between Iraq and al-Qaeda to be problematic, as well as the unjustified allegation of weapons of mass destruction. In addition, the Bush administration sought to justify the war in roughly two other ways: the liberation of the people of Iraq from the dictatorship of Saddam Hussein and the need to stabilize the region by providing a model for democracy in the Middle East. One may wonder whether Arendt would support the administration’s actions for these other reasons, as Arendt was worried about the emergence of nuclear weapons and certainly was against dictatorships in favor of governments that support the public freedom of the people. However, I argue that Arendt’s overall political theory would not support the war and may, in fact, give us reasons to believe that it will not produce a fully functioning democracy in Iraq. In conclusion, I will contrast the Bush administration’s method to the Arab Spring, which Arendt would more fully support, if the outcome focuses on writing and adopting Constitutions that secure freedom for the people involved.