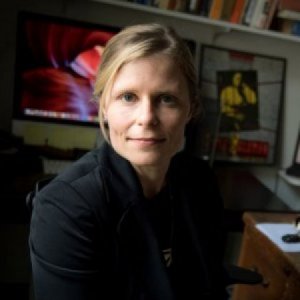 
Karissa Haugeberg is a historian of women, gender, and medicine in the 20th c. United States 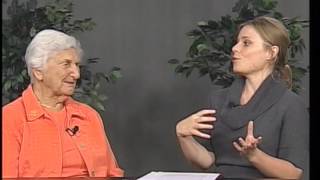 Karissa Haugeberg is a historian of women and medicine in the United States. Her first book, Women against Abortion: Inside the Largest Moral Reform Movement of the Twentieth Century (Urbana: University of Illinois Press, 2017) traces the forty-year history of the contemporary U.S. anti-abortion movement, from the 1960s into the first decade of the Twenty-First Century. Along with Cornelia H. Dayton, she co-edited the 9th edition of Women’s America: Refocusing the Past (New York: Oxford University Press, 2019). She is currently researching the history of American nursing since the 1960s.

History of abortion in the United States

2014 Excellence in Teaching for an untenured member of the faculty, Tulane University

The University of Illinois Press published Karissa Haugeberg’s Women Against Abortion, which claimed pro-lifers “maintained thousands of pseudo-medical clinics” or were “violent extremists who were willing to commit arson, bombings, and murder. … The various wings of the movement worked in tandem to collect taxpayer money for privately run crisis pregnancy centers, to offer meeting space for covert operations, and to provide cover for those who torched clinics and terrorized providers. … Pro-life activists demonstrated how ruthless and unflappable the movement had become.”

Women's bodies the battleground for US anti-abortion campaigners

Regulations for abortion go back to the 19th century according to Karissa Haugeberg, an assistant professor on the history of US Women and Medicine at Tulane University in New Orleans, Louisiana.

What Abortion Was Like In The U.S. Before Roe V. Wade

NPR's Mary Louise Kelly talks with Karissa Haugeberg, assistant professor of history at Tulane University, about what it was like to get an abortion before Roe v. Wade.

Is our political divide, at heart, really all about abortion?

Abortion wasn’t always viewed through a political lens. When it first surfaced as a subject of public debate in the mid-19th century, it was against the backdrop of the medical industry’s effort to professionalize itself – and chip away at midwives’ authority in the process, says Karissa Haugeberg, an assistant professor of history at Tulane University in New Orleans. Then, as the century turned and new immigrants began streaming into the country, concerns over abortion began to center around the declining birthrate among white Americans.

How The GOP Became Anti-Abortion, When That Wasn’t Always The Party’s Stance

This shift in the GOP's position on abortion policy was part of an effort to revive the party in the years after Roe was decided, according to Karissa Haugeberg, an assistant professor of history at Tulane University.

In 2015, The Atlantic asked Ta-Nehisi Coates and Timothy Tyson to ponder historians’ relationship with the concept of hope. Both recoiled at the prospect of studying the past with eyes perked for stories that offer comfort.“Hope may well be relevant to [historians’] personal lives, but it is largely irrelevant to their study,” Coates explained. 1 “Forcing the happy story,” Tyson warned,“means embracing delusions about who Americans have been, which inevitably leads to delusions about who Americans are.” 2 Those who study the history of white supremacy have little patience for hagiography.

Nursing and Hospital Abortions in the United States, 1967–1973

Journal of the History of Medicine and Allied Sciences

Before elective abortion was legalized nationally in 1973 with the U.S. Supreme Court decision Roe v. Wade, seventeen states and the District of Columbia liberalized their abortion statutes. While scholars have examined the history of physicians who had performed abortions before and after it was legal and of feminists’ work to expand the range of healthcare choices available to women, we know relatively little about nurses’ work with abortion. By focusing on the history of nursing in those states that liberalized their abortion laws before Roe, this article reveals how women who sought greater control over their lives by choosing abortion encountered medical professionals who were only just beginning to question the gendered conventions that framed labor roles in American hospitals. Nurses, whose workloads increased exponentially when abortion laws were liberalized, were rarely given sufficient training to care for abortion patients. Many nurses directed their frustrations to the women patients who sought the procedure. This essay considers how the expansion of women’s right to abortion prompted nurses to question the gendered conventions that had shaped their work experiences.

“How Come There’s Only Men Up There?”: Catholic Women’s Grassroots Anti-Abortion Activism

Recent scholarship on the history of grassroots anti-abortion activism in the United States has emphasized the work of conservative evangelical activists who mobilized in the late 1980s. The lay Catholic women who organized and sustained the grassroots movement since the 1970s remain less well understood. This essay addresses the history of socially progressive—and feminist-identified—Catholic women who mobilized to fight abortion in the 1970s and 1980s. Drawing upon oral history interviews, organizational records, arrest dockets, and newspaper clippings, I argue that lay Catholic women initially welcomed evangelicals into the grassroots anti-abortion movement, but were unprepared for the patriarchal worldview that evangelicals would impose on the movement. Although they were ultimately pushed out of leadership positions, lay Catholic women’s influence on the character of abortion protest continued to flourish long after they had withdrawn from the movement. When progressive Catholic women left leadership posts, anti-abortion support for welfare programs, peace, and social justice waned.