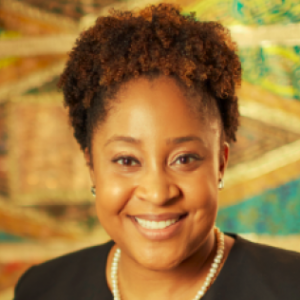 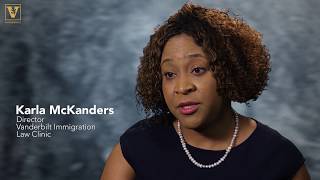 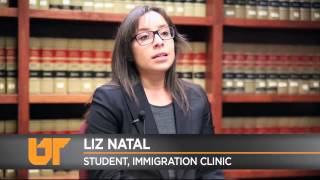 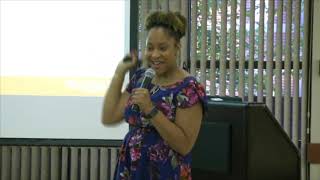 Karla McKanders directs the Immigration Practice Clinic and teaches Refugee and Immigration Law. Her work has taken her throughout the U.S. and abroad teaching and researching the efficacy of legal institutions charged with processing migrants and refugees. In 2011, she received a Fulbright grant to lecture in Morocco. Before joining Vanderbilt’s law faculty, McKanders was a tenured associate professor of Law at University of Tennessee College of Law. During the 2016 – 2017 academic year, she was a Visiting Associate Professor of Law at Howard University School of Law, where she directed the Civil Rights Clinic, co-authoring with her students, amici curaie briefs on the federal immigration travel ban litigation in International Refugee Assistance Project ("IRAP") v. Trump (Fourth Circuit, U.S. Supreme Court) and Pars Equality Center et. al. v. Trump (D.C. Cir.). Before she joined the law faculty at the University of Tennessee, she was a clinical teaching fellow at Villanova University School of Law in the Clinic for Asylum Refugee and Emigrant Services. McKanders serves on the American Bar Association’s Commission on Immigration Advisory Committee.

McKanders was a law clerk for Judge Damon J. Keith with the U.S. Court of Appeals for the Sixth Circuit after earning her law degree at Duke University and undergraduate degree at Spelman College. She has been cited as an authority on immigration and refugee law by such media outlets as Reuters, ABC News and Al-Jazeera.

Gender and the Law

Body Cavity Searches, Indefinite Detention and No Visitations Allowed: What Conditions Were Like for Migrant Kids Before the Flores Agreement

Prior to the Flores Agreement there were no regulations or standards of care for children in detention, including no oversight over whether the INS was complying with child welfare laws, says Karla McKanders, professor of law at Vanderbilt Law School and director of the school’s Immigration Practice Clinic. In their filing, attorneys for the Flores plaintiffs said the girls in custody had no educational instruction, no medical examinations, no visitation with family or friends at one INS facility, no other educational reading materials and no adequate recreational activity. Some also had to share sleeping quarters with adult strangers, according to the 1985 complaint. “We’re talking about licensing standards, we’re talking about immunizations, medical treatment, physical care, schooling, standards for making sure children are properly educated — there’s a lot,” McKanders tells TIME.

Trump's ICE raids on thousands of immigrants are 'a big show to scare people' and won't solve anything, immigration experts warn

Karla McKanders, a law professor and Immigration Practice Clinic director at Vanderbilt University, told INSIDER that based on what's been said by the administration "other immigrants who are in the presence of the targeted individuals may be arrested as well."

The president's authority on borders and immigration affairs does not trump constitutional guarantees of the due process and other human rights of immigrants, warns Karla McKanders, clinical professor of law and director of the Immigration Practice Clinic at Vanderbilt University. "The president has wide authority to determine who is admitted and removed from the United States. Even in the midst of this broad discretion, immigrants still have constitutional rights," McKanders says. "Immigrants are entitled to due process, the ability to be free from unlawful detention and inhumane acts when in immigration custody. An immigrant does not check all of their rights as a human being at the border."

Trump is booting out anyone who tells him his immigration ideas are illegal. Experts are worried about what will happen next.

But the true test of the next Homeland Security secretary may not be the toughness of their policies, but the strength of the legal challenges against them, according to Karla McKanders, a law professor and Immigration Practice Clinic director at Vanderbilt University. "I do remain apprehensive about the president firing Nielsen, especially with the legacy that she's leaving behind — of child separation, locking children in cages, children being held in tent cities," McKanders told INSIDER. "I think the question a lot of people have is, 'Can it get worse from here?' And how much litigation will need to be filed to block any further policies that undermine the basic rule of law?"

"These are civil cases that operate very differently from a criminal case," said Karla McKanders, a clinical professor of law at Vanderbilt University. "You as the defendant have to respond to the government's allegations, and the burden of proof is on you. These families are going to be waiting for a while."

Morocco at the Crossroads the Intersection of Race, Gender, and Refugee Status

The Subnational Response: Local Intervention in Immigration Policy and Enforcement

2017 "This chapter examines the history of promise and ultimately failure by the U.S. federal, state, and local governments to develop and implement compassionate immigration policies within their boundaries and the new opportunities for localized compassion presented by the current humanitarian crisis of transmigrant women and unaccompanied youth."