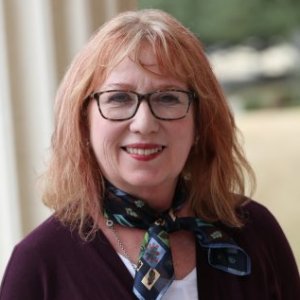 
Karon LeCompte, Ph.D. is an Associate Professor of Curriculum and Instruction with an emphasis in Social Studies Education 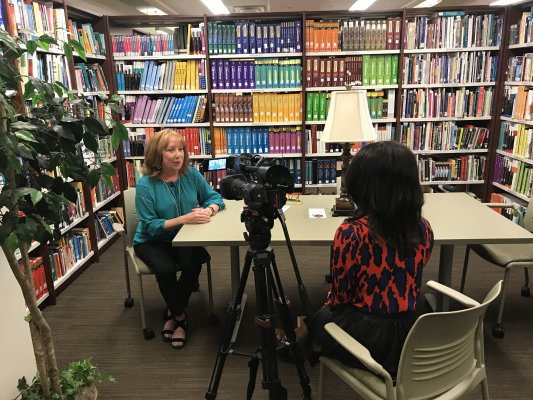 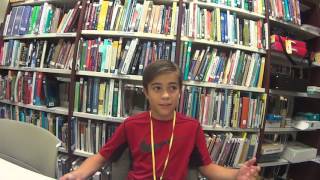 Karon LeCompte, Ph.D. is an Associate Professor of Curriculum and Instruction with an emphasis in Social Studies Education. Her research interests include civics education, technology and teacher preparation. She works with teacher education candidates and Texas teachers on civics education and law-related education and teaches classes in elementary social studies methods.

Dr. LeCompte serves as Co-Principal investigator on $162,000 in grant funds for civics education and research. She is Chair of the Membership Committee for the National Council for the Social Studies and Secretary/Treasurer for the AERA Special Interest Group Social Studies Research. Dr. LeCompte serves as Faculty-in-Residence for the LEAD LLC, living in the Allen and Dawson Residence Halls on Baylor campus. Dr. LeCompte earned her B.S. in Elementary Education and English and M.A. in Gifted Education from Sam Houston State University in Huntsville, Texas. She earned her Ph.D. in Curriculum and Instruction from the University of Texas at Austin.

Her teaching interests are in social studies education and leadership theory. She has authored or co-authored over 25 book chapters and articles on topics related to civics education and leadership. She has presented her work at state, national and international conferences. She was named the “Baylor iCivics Fellow” in 2012, when she spent six weeks in Washington, D.C., working with the national iCivics team formed by retired Supreme Court Justice Sandra Day O’Connor. Karon and her husband, Randy, are both active members of Trinity Lutheran Church at Badger Ranch.

Social and Philosophical Aspects of Education

The Social Studies Research and Practice journal is a peer-reviewed, electronic journal that focuses on providing a venue for P–16 social studies research and practice manuscripts, lesson plans, reviews, and issues related to higher-level learning outcomes.

Baylor University Faculty Senate: The faculty senate is the elected, representative body of the faculty.

An Associate professor in the Baylor School of Education, LeCompte is serving as faculty-in-residence (FIR) at Baylor’s Leadership Living-Learning Center. She and Randy occupy a 2000-square-foot, three-bedroom apartment in Allen-Dawson Hall, living alongside more than 300 Baylor students, with more than two-thirds of them freshmen. Most of the students in Allen-Dawson are pursuing an academic minor in leadership through the School of Education.

Your selection as a 2015 Warren Fellow provides you the opportunity to learn the history of the Holocaust and other genocides and to consider how to teach these histories to students of differing ages. This year’s selection process was particularly rigorous, so once again, congratulations.   The Warren Fellowship for Future Teachers has been developed through a generous gift from the Martin and Naomi Warren Family Foundation.

University of Texas at Austin: Ph.D., Curriculum and Instruction 2002

iEngage Summer Camp Seeks to Get Kids Interested in Civics

"When you think of summer camps you may think they center on traditional activities like arts and crafts, but at the weeklong iEngage camp, children in 5th to 9th grade are taking part in civic engagement and learning how they can make a difference in their communities..."

"Her efforts wouldn’t have been possible had she not attended Baylor University’s iEngage Summer Civics Institute the past four years and worked up the courage to get involved in her school, Okafor said. The summer camp, which ran Monday through Friday this week, in its fourth year. It’s directed by Brooke Blevins and Karon LeCompte, Baylor School of Education faculty members and iEngage co-founders. The camp teaches children the importance of being well-informed citizens and taking civic action on local issues to change the community for the better..."

The iEngage Civics Institute is hosted by the Baylor’s School of Education each summer for 5th – 9th graders. iEngage is a weeklong “action civics” education program designed to increase students’ long-term civic participation and understanding of democratic principles. Led by professors at Baylor’s School of Education in partnership with Baylor Law School, Waco area schools, and the Waco community, iEngage empowers students to engage in civic learning through participation in authentic civic activities. Students research local community issues and devise advocacy projects to raise awareness of and provide possible solutions to these issues.

2016 It is imperative that schools and communities give students opportunities to participate in active citizenship and prepare them with the important skills and dispositions needed to become informed citizens. Action civics is a promising practice that puts students at the heart of civics learning by providing them with the opportunity to learn about civic and political action by engaging in a cycle of research, action, and reflection about problems they care about. As a response to move civics education toward a more action-oriented approach, the researchers planned ...

Going Beyond the Games with iCivics. A Response to “The Challenges of Gaming for Democratic Education: The Case of iCivics

2015 Project-based learning is an example of powerful social studies learning in which student engage in active inquiry. Action civics is a relatively new educational practice in which students act as citizens through a cycle of research, action, and reflection about problems they care about in their community. Building Civic Bridges offers teachers a model for students to develop and enact inquiry-based projects that reflect positive, and active, civic dispositions.

I Am Engaged: Action Civics in Four Steps

Social Studies and the Young Learner

2015 An understanding of our political system, including the role of citizens, is a central component in any social studies curriculum. Preparing students to become citizens in a democracy is a complex endeavor. In addition to learning civics content knowledge, it is equally important that students have opportunities to apply this knowledge to authentic civic tasks, including identifying and seeking solutions to important social issues in their local community and in other parts of the world.

The Journal of Social Studies Research

2014 After years of neglect, civics education is gaining the attention of educators, political scientists, and politicians in the United States. As recent national citizenship reports have suggested, the level of civic knowledge in the U.S. has remained unchanged or even declined over the past century (NCES, 2011). New technological innovations are, however, providing promising hope for restoring civic education in the United States. This study explores the ...