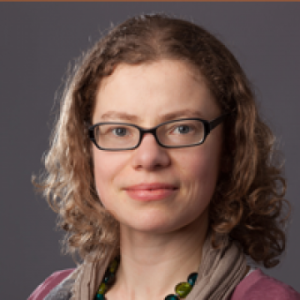 Dr Kate Hendry is Royal Society University Research Fellow and Associate Professor in Geochemistry in the School of Earth Sciences. Her research covers chemical oceanography – the changes in oceans and sea water nutrients caused by melting ice in the Arctic and Antarctic regions, as a result of climate change.

Dr Hendry is a director of Antarctic Science Limited, a charity promoting Antarctic science nationally and internationally, and sits on the UK National Committee of Antarctic Research. She was awarded the European Association of Geochemistry’s Hautermans Award for early career geochemistry and is a member of the National Oceanography Centre Association steering board. She also sits on the UK NERC’s Marine Facilities Advisory Board (MFAB) and on its Cruise Programme Review Group (CPRG). 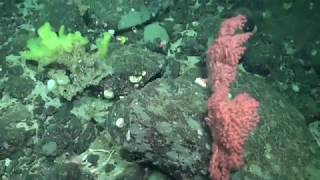 Dr Hendry said: "Vigorous biological uptake in the glacial fjords keeps the surface concentration of key dissolved nutrients needed for algae, such as nitrate, phosphate and silicon, very low. "However, sediment particles from the glaciers reach the shelf waters, albeit in a patchy way, and are then rapidly transported away from the shore.

Dr Kate Hendry, one of the Bristol co-authors, is currently leading a European Research Council funded project, ICY-LAB, to provide unprecedented insights into nutrient cycling, biomineralization, and the taxonomy and biogeography of siliceous organisms in an ecologically important region near Greenland. This will link into a Leverhulme Trust funded project based in Greenland this year led by Cabot Institute Director Professor Jemma Wadham, which will further explore the role of sub-ice weathering in the global silica cycle.

The West Antarctic Peninsula (WAP) has experienced some of Earth’s most rapid winter warming in recent decades. This warming has been associated with significant declines in sea ice, changes in upper ocean physics, and altered food webs and biogeochemical cycles.

Dr Kate Hendry from the University of Bristol's School of Earth Sciences, led the expedition. She said: "We used cutting edge, automated equipment to make measurements and take samples.

2020 Stylasterids are a ubiquitous deep-sea coral taxon that build their skeletons from either calcite, aragonite, or both. Yet, robust geochemical proxy data from these corals are limited. In this study, 95 modern stylasterids, spanning a wide range of depths (63 to 2894 m) and ambient seawater temperatures (0 to 17 °C), were tested for their potential use as paleoceanographic archives.

Benthic-pelagic coupling in the Barents Sea: an integrated data-model framework

Philosophical Transactions of the Royal Society A: Mathematical, Physical and Engineering Sciences

2020 The Barents Sea is experiencing long-term climate-driven changes eg modification in oceanographic 2 conditions and extensive sea ice loss which can lead to large yet unquantified disruptions of ecosystem 3 functioning. This key region hosts large fraction of Arctic primary productivity. However processes governing 4© enthic and pelagic coupling are not mechanistically understood limiting our a© ility to predict the impacts of 5 future pertur© ations.

2020 Understanding the distribution and density of sponge grounds in the deep sea is key to appreciating the ecological importance, vulnerability, and role in ocean biogeochemistry of these important habitats. A novel combination of clustering analysis and fluid flow finite element modelling was used to study distribution of four sponge grounds from the Labrador Sea, which were chosen for their distinct assemblages of sponges.

2020 The Paleocene‐Eocene Thermal Maximum (PETM, ca. 56 Ma) is marked by a negative carbon isotope excursion (CIE) and increased global temperatures. The CIE is thought to result from the release of C‐depleted carbon, although the source(s) of carbon and triggers for its release, its rate of release, and the mechanisms by which the Earth system recovered are all debated.

The silicon isotopic composition of choanoflagellates: implications for a mechanistic understanding of isotopic fractionation during biosilicification

2019 The marine silicon cycle is intrinsically linked with carbon cycling in the oceans via biological production of silica by a wide range of organisms. The stable silicon isotopic composition (denoted by δ30Si) of siliceous microfossils extracted from sediment cores can be used as an archive of past oceanic silicon cycling. However, the silicon isotopic composition of biogenic silica has only been measured in diatoms, sponges and radiolarians, and isotopic fractionation relative to seawater is entirely unknown for many other silicifiers.