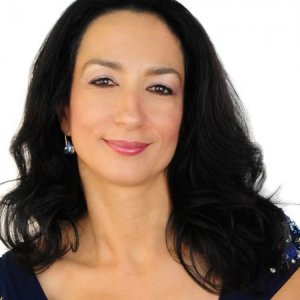 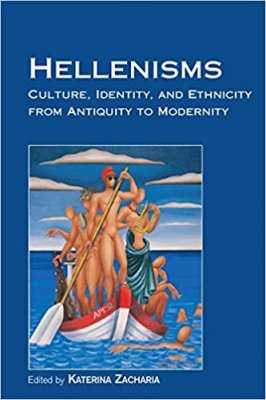 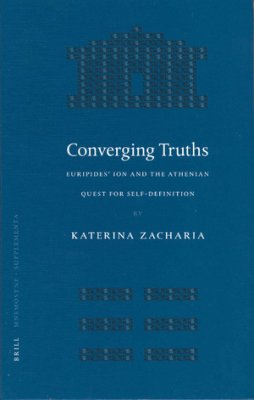 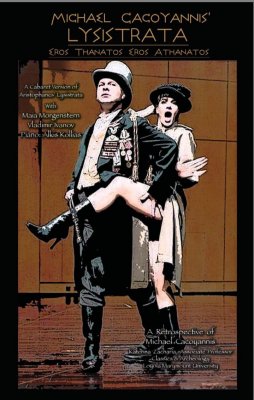 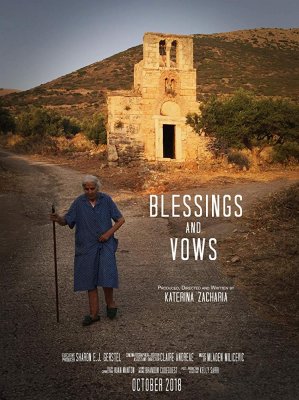 Katerina Zacharia is a Professor of Classics and Chair of Classics & Archaeology at Loyola Marymount University in Los Angeles.
Her academic and professional work explores Greek identity formation and myths of origin narratives in visual culture (photography, theatre, and film). She is the author of "Converging Truths: Euripides’ Ion and the Athenian Quest for Self-Definition" (Brill 2003), and editor and major contributor for "Hellenisms: Culture, Identity and Ethnicity from Antiquity to Modernity" (Ashgate 2008/Routledge 2016), and has also published on Greek tourism in the interwar period. She wrote, directed, and produced the award-winning short documentary "Blessings and Vows" (2018), and has collaborated on the writing of documentaries, fiction, and VR games. She is currently working on an interactive media game drawing on classical drama.
Her work has been supported with fellowships from the A.S. Onassis Foundation, A.G. Leventis Foundation, Heritage Management Organization, Stanford University, and innovative teaching awards, including the 2018 President’s Fritz B. Burns Distinguished Teaching Award from Loyola Marymount University and the 2019 Teacher Eddy Award from the LAX Chamber of Commerce in Los Angeles.
Prof. Zacharia is an experienced dramaturge and long-term producing partner on theatrical performances and workshops with the Stanford Repertory Theatre. She is an experienced dramaturge and serves as Artistic Associate for the Cacoyannis Foundation in Athens. She served as juror (2014), programmer (2015-18), and, currently, as the Director of University Connections for the Los Angeles Greek film festival.

Representations in the Media

This award, established in 1993 and endowed by Loyola Marymount University's devoted benefactor, is bestowed on the faculty member whose dedication to teaching, research and the University Community exemplifies academic leadership. The recipient is nominated by his/her peers and chosen by a faculty committee. Professors from all colleges and schools are eligible, but the recipient's devotion to "education of the whole person," both in practice and in life, transcends a specific field of study.

Greece vs Hellas: The Semantics behind the country of many names

An interview on the origin and semantics of Greece's different names. 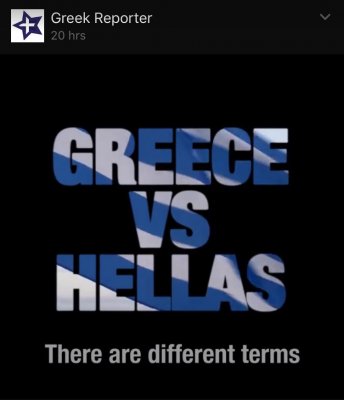 Radio Interview on my life and career

Interviewed by Panos Satzoglou on my life and career focusing esp. on my new appointment as Director of Education and Culture for the Los Angeles Greek Film Festival 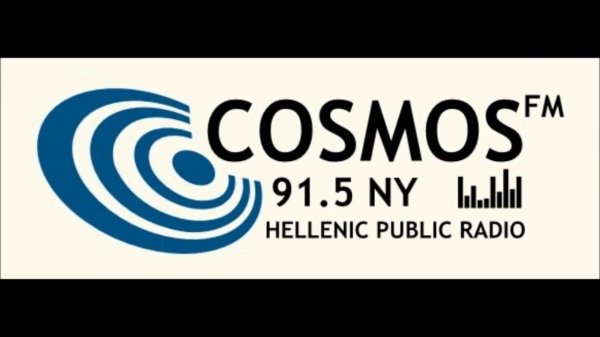 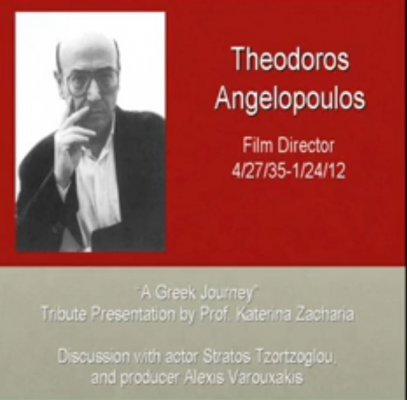 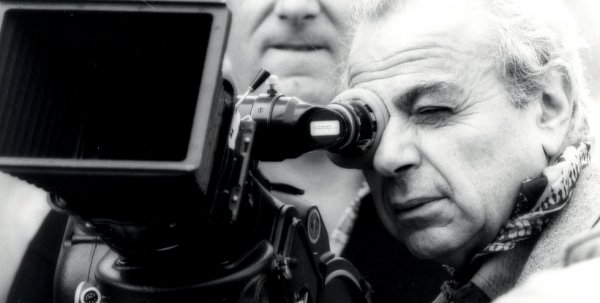 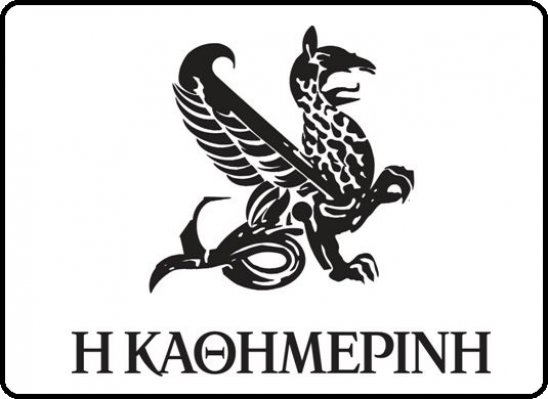 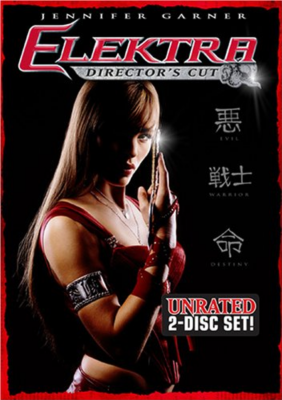 Gods and Goddesses of the Ancient World

Interviewed in Athens by the History Channel for a two-hour special documentary on the "Gods and Goddesses in Ancient Greece." Bram Roos (Executive Producer), FilmRoos Productions. 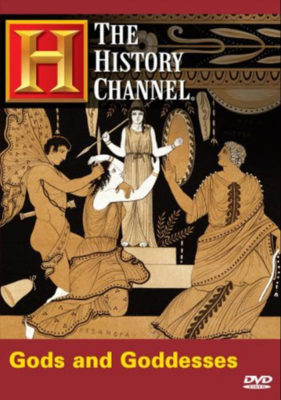 Coordinator and Education Director for “The Wanderings of Odysseus" special program. With Prof. Rush Rehm (Stanford Summer Theater), we staged a two-hour play adaptation of Homer's Odyssey, with original music and gave four performances at the Michael Cacoyannis Cultural Foundation in Athens, Greece (August 31-September 16, 2012). The extensive program also included five three-hour workshops, and four three-hour seminars for theater professionals. The Program was the first year of the series “Ancient Drama: Influences and Modern Approaches” 2012-2014, and was approved and funded by the European Union under the National Strategic Reference Framework 2007–2013, Improvement of Cultural Services in the Region of Attica/Operational Program of Attica–Ministry of Culture and Tourism of the Hellenic Republic.

Postcards from Greece: The uses of antiquity in Tourist Brochures and popular Culture (1929-2009).

Research conducted during the Senior Foreign Research Fellowship on tourist publications in the interwar period led to the publication of “Postcards from Metaxas’ Greece: The Uses of Classical Antiquity in tourism photography”, in Dimitris Tziovas (ed.), "Re-imagining the Past: Antiquity and Modern Greek Culture." Oxford University Press 2014: 186-208.

The uses of classical antiquity in Greek Tourism

Research Grant for work on Prof. Wole Soyinka’s project on the trans-Saharan slave-trade. The project is based at the du Bois Institute, Harvard University, and is funded by the Ford Foundation. This report is part of a larger project on the Trans-Saharan Slave Trade, leading to a full mapping-out of the African diaspora since the Greco-Roman period.

The goal of this teaching project is to create a teaching methodology that develops student imagination through personal participation in the creative rewriting and staging of an ancient play, and thus helps students understand tragedy through immersion, and become active learners as they develop their writing and oral communications skills and engage in team work.

Classical ‘Hellenism’, ‘Race’ and Ethnicity from Antiquity to the Present

Transformation of Upper Division Course in the Major to a capstone course. The 4-unit course is an interdisciplinary study of the concept of ‘classical Hellenism’ and its imprint on modern theories of racial and ethnic superiority, on modern subject formation in European nationalisms, and on racial dynamics in American culture.

Developed first-year engaged learning seminar course using the “Reacting to the Past” game methodology, where the whole class becomes an Athenian Assembly debating the Reconciliation Agreement between Athens and Sparta in 403 BC after 27 years of the Peloponnesian War.

A study of the plays of Aeschylus, Sophocles, and Euripides (in translation), with an emphasis on production.

A study of the plays of Aristophanes and Menander (in translation), with an emphasis on production.

A survey of Hellenic civilization from its origins in the Bronze Age until the Hellenistic period, encompassing the study of archaeology, history, literature, religion, philosophy, and the fine arts.

Study of the religious practices and beliefs of the Greeks and Romans from the archaic period to the triumph of Christianity.

An interdisciplinary study of of the concept of ‘classical Hellenism’ and its reinterpretations since antiquity. We explore the production of stereotypes in the representation of the other, study “Greece” as both an idea and a lineage deployed by fascist regimes in the construction of the national image in European nationalisms. We examine the imprint of ‘classical Hellenism’ on modern theories of racial and ethnic superiority, on modern subject formation in Europe, and on racial dynamics in American culture.

A study of the uses of Greco-Roman myth and history in cinema. The course introduces students to the comparative study of literature and film across different cultures, languages, and genres.

A study of some of the greatest Greek films in their modern political and social setting, with an emphasis on contemporary cultural identity and its roots in the western tradition.

An interdisciplinary study of the works of Anne Carson and her interaction with the Classical tradition. Team-taught with poet Sarah Maclay.

This course offers students the unique opportunity to study complex issues surrounding representations of Greece from the classical to the modern world through an interdisciplinary approach that highlights four areas of study: politics and economics; food and travel; theater and film; family, religion, and state. Students integrate study in the classroom with internships at the Los Angeles Greek Film Festival (LAGFF), set up by Prof. Zacharia in her capacity as the LAGFF Director of University Connections.

Postcards from Metaxas' Greece: The uses of classical antiquity in tourism photography

Re-imagining the Past: Antiquity and Modern Greek Culture

"Postcards from Metaxas' Greece: The uses of classical antiquity in tourism photography." Re-imagining the Past: Antiquity and Modern Greek Culture. Ed. Dimitris Tziovas. Oxford: Oxford UP, 2014.

Sophocles and the West: the Evidence of the Fragments

"Sophocles and the West: the Evidence of the Fragments" in Shards from Kolonos: Studies in Sophoclean Fragments (2003)

The Rock of the Nightingale': Kinship Diplomacy and Sophocles' Tereus

Homer, Tragedy and Beyond: Essays in Greek Literature in honor of P.E. Easterling

"The Rock of the Nightingale': Kinship Diplomacy and Sophocles' Tereus" LondonHomer, Tragedy and Beyond: Essays in Greek Literature in honor of P.E. Easterling (2001)