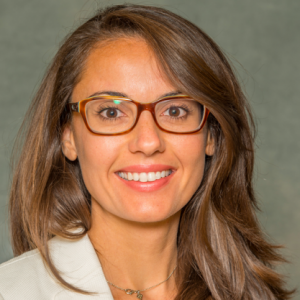 
Professor Thakkar is an expert in psychotic disorders.

Dr. Thakkar is a clinical psychologist with expertise in experimental psychology and brain imaging. She has a long-standing interest in the biological causes of psychotic disorders, and she currently directs the MSU Clinical Neuroscience Lab. Dr. Thakkar received B.A. degrees in Psychology and Mathematics at Boston University. She completed her Ph.D. in Clinical Psychology at Vanderbilt University and her clinical internship at the Semel Institute for Neuroscience and Human Behavior at UCLA, where she specialized in Clinical Neuropsychology. She was awarded a Rubicon grant from the Netherlands Organisation for Scientific Research to conduct a post-doctoral fellowship in the Department of Psychiatry at the University Medical Center Utrecht.

The biological causes for the symptoms of psychotic disorder

Dr. Thakkar has a long-standing interest in understanding the biological causes for the symptoms of psychotic disorders, like schizophrenia and schizoaffective disorder, so that they may be more effectively treated. She uses a variety of methods to understand the basic building blocks of impaired cognitive abilities, social difficulties, and psychotic symptoms like hallucinations and delusions.

Sensory consequences of action in children with autism spectrum disorders

Corollary discharge disturbances in schizophrenia: investigating the role of the thalamus

2018 Impairments in cognitive control—the ability to exert control over thoughts and actions and respond flexibly to the environment—are well-documented in schizophrenia. However, the degree to which experimental task performance reflects true cognitive control impairments or more general alterations in effort, arousal and/or task preparedness is unclear. Pupillary responses can provide insight into these latter factors, as the pupil dilates with degree of cognitive effort and response preparation...

2018 Deficits in social cognition predict poor functional outcome in severe mental illnesses such as schizophrenia and autism. However, research findings on social cognition in bipolar disorder (BD) are sparse and inconsistent. This study aimed to characterize a critical social cognitive process—eye gaze perception—and examine its functional correlates in BD to inform psychopathological mechanisms.

2018 Abnormalities in synaptic plasticity are argued to underlie the neural dysconnectivity observed in schizophrenia. One way to measure synaptic plasticity is through sensory adaptation, whereby sensory neurons exhibit reduced sensitivity after sustained stimulus exposure. Evidence for decreased adaptation in individuals with schizophrenia is currently inconclusive, possibly due to heterogeneity in clinical and medication status across samples.

Oculomotor Prediction: A Window into the Psychotic Mind

2017 Psychosis – an impaired contact with reality – is a hallmark of schizophrenia. Many psychotic symptoms are associated with disruptions in agency – the sense that ‘I’ cause my actions. A failure to predict sensory consequences of one’s own actions may underlie agency disturbances. Such predictions rely on corollary discharge (CD) signals, ‘copies’ of movement commands sent to sensory regions prior to action execution. Here, we make a case that the oculomotor system is a promising model for understanding CD in psychosis, building on advances in our understanding of the behavioral and neurophysiological correlates of CD associated with eye movements. In this opinion article, we provide an overview of recent evidence for disturbed oculomotor CD in schizophrenia, potentially linking bizarre and disturbing psychotic experiences with basic physiological processes.

2015 Disruptions in corollary discharge (CD), motor signals that send information to sensory areas and allow for prediction of sensory states, are argued to underlie the perceived loss of agency in schizophrenia. Behavioral and neurophysiological evidence for CD in primates comes largely from the saccadic double-step task, which requires participants to make two visually triggered saccadic eye movements in brief succession. Healthy individuals use CD to anticipate the change in eye position resulting from the first saccade when preparing the second saccade. In the current study with human participants, schizophrenia patients and healthy controls of both sexes performed a modified double-step task.

The American Journal of Psychiatry

2014 Social impairments are a key feature of schizophrenia, but their underlying mechanisms are poorly understood. Imitation, a process through which we understand the minds of others, involves the so-called mirror neuron system, a network comprising the inferior parietal lobe, inferior frontal gyrus, and posterior superior temporal sulcus. The authors examined mirror neuron system function in schizophrenia.

Disturbances in Body Ownership in Schizophrenia: Evidence from the Rubber Hand Illusion and Case Study of a Spontaneous Out-of-Body Experience

2011 A weakened sense of self may contribute to psychotic experiences. Body ownership, one component of self-awareness, can be studied with the rubber hand illusion (RHI). Watching a rubber hand being stroked while one's unseen hand is stroked synchronously can lead to a sense of ownership over the rubber hand, a shift in perceived position of the real hand, and a limb-specific drop in stimulated hand temperature. We aimed to assess the RHI in schizophrenia using quantifiable measures: proprioceptive drift and stimulation-dependent changes in hand temperature.

2010 Cognitive control deficits are pervasive in individuals with schizophrenia (SZ) and are reliable predictors of functional outcome, but the specificity of these deficits and their underlying neural mechanisms have not been fully elucidated. The objective of the present study was to determine the nature of response inhibition and response monitoring deficits in SZ and their relationship to symptoms and social and occupational functioning with a behavioral paradigm that provides a translational approach to investigating cognitive control.