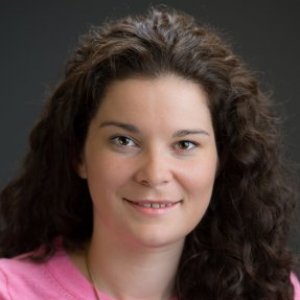 
Kathleen Grimes, PhD, is an expert on Christian ethics and their bearing on racism, white supremacy, sex, gender, and the environment. 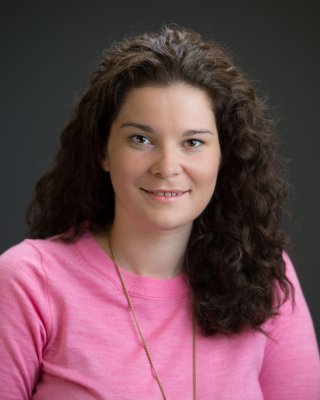 Dr. Grimes is a solid source for discussions about Christian ethics and their bearing on issues such as racism, white supremacy, sex and gender, and the environment. She can talk about how these and other issues have been handled historically and how they are being approached currently in the Church, as well as by society at large. Dr. Grimes can also speak about liberation theology, natural law and virtue theory.

The Vatican Just Pulled Off Another Massive Dodge on Sexual Abuse

It's been almost four months since Theodore McCarrick, the former archbishop of Washington and a longtime adviser to Pope Francis, resigned from the College of Cardinals over sexual abuse allegations, the first time someone of his stature had ever done so. … "Given his tendency to convene synods, it has seemed to many that this pope was working to decentralize Church authority and give the other bishops more power over their local diocese," said Kathleen Grimes, a professor of theology and religious studies at Villanova University, emphasizing that how much power the pope and bishops have, respectively, has been an ongoing question within the Church.

In 1521, four years after a German priest named Martin Luther is said to have nailed his Ninety-Five Theses to the door of All Saints' Church in Wittenberg, the outlaw retired to Wartburg Castle to hide from his inquisitors … "I don't think [getting rid of the celibacy vow] would be as disruptive as it would have been, say, 100 years ago," agreed Kathleen Grimes, an assistant professor of religion at Villanova University, who, among other areas, studies the intersection of theology and ethics. "Because I do think, now, we see married life as a positive path for holiness."

Among the most critical essays in the book is one on ‘Episcopal accountability’ written by Katie Grimes from Villanova University. Though it’s hard to read, Josh says, “I think it’s very fair and I think readers will appreciate the fact that we are engaging with the Pope - even where he might not be the best”.

“White working class” is a phrase that has become an inescapable part of the national conversation ever since Donald Trump won the Republican nomination in 2016. In the year since Trump won the presidency, many have come to view those in the white working class as the key to explaining how he came to power. This narrative is part of the reason Villanova University professor Katie Grimes and others want people to stop using the phrase. Grimes, who works on race issues at Villanova, said liberal obsession about the white working class is an attempt to link Trump’s victory primarily to economics. She said that is a neat, convenient narrative, but she does not agree with it and she believes it obscures other potential factors in the election — issues related to things like race, gender or media coverage. She wrote this piece, which takes aim at how the term is being used to frame the election.

This Life: In the wake of Las Vegas tragedy, are our prayers enough?

It’s safe to say “our thoughts and prayers are with you” is a familiar refrain after a tragedy like the one that unfolded last week in Las Vegas. In many ways, it is as natural a response as “thank you” when receiving gifts and other kindnesses or “God bless you” after a hardy sneeze. And quite frankly often just as empty. But should there be a response after we pray? Because we live in a 24-hour news cycle, we’re no longer simply reading or hearing about these horrible events after the fact, we’re experiencing them with unprecedented intimacy, said Katie Grimes, a professor of theology and religious studies at Villanova University. “Smartphones provide us images of events unfolding live, but this intimacy does not bring true closeness,” Grimes said. “At our best, we send prayers in the wake of violent events in an attempt to become more than spectators of people’s suffering. We want to bridge the spatial gap between them and us.”

What if some of our saintly symbols of reconciliation actually turn out to be troublingly complicit in building the harsh and violent legacy of colonialism and antiblackness supremacy in the Americas? Katie Grimes joins us to talk about that in relation to her book Fugitive Saints: Catholicism and the Politics of Slavery. We talk especially about St. Peter Claver, the Spanish Jesuit commonly called a "slave to the slaves," given that Pope Francis recently visited his tomb in Colombia. Over the discussion, Katie helps us think through how to reckon with the ways Christianity chooses to remember itself, the challenges of black fugitivity, Afro-pessimism, and more.

Meet Peter Claver: the Jesuit saint Pope Francis will pray to in Colombia

On Sept. 10, 2017, Pope Francis will visit the shrine of St. Peter Claver in Cartagena, Colombia. While he is there, he is expected to venerate the saint’s tomb and pray the Angelus … For example, Katie Grimes, a professor at Villanova University who authored Fugitive Saints: Catholicism and the Politics of Slavery (Fortress Press, 2017), argues that the way the church celebrates Peter Claver as “the saint of the slave trade” upholds anti-blackness much more than it undermines it, because it suggests that the church was historically fighting racist practices rather than actively participating in them.

Theologians such as M. Shawn Copeland at Boston College, Kathleen Grimes (no relation to Donna Grimes) at Villanova University, Karen Teel at the University of San Diego and Jon Nilson of Loyola University admitted that whites become alarmed when terms such as white supremacy and white privilege are used to explain why racism persists. Copeland is black; the other three theologians are white.

Black Exceptionalism: Anti-Blackness Supremacy in the Afterlife of Slavery

2016 Pope Benedict XVI's encyclical Deus Caritas Est continues the magisterium's twentieth-century shift from an act-oriented, procreative approach to sexual ethics to what I will term a heterosexually personalistic one. Situating a heterosexual anthropology within a heterosexual cosmology, Benedict argues that just as God loves humanity with heterosexual eros, so must human beings love each other heterosexually. Although Benedict depends upon the explanatory power of heterosexuality, he perhaps unwittingly ends up depicting God's love not as iconically heterosexual, but as queer. In casting God's love as queer, I do not, even analogously, impute to God a type of homosexuality as Benedict does a heterosexuality. Instead, by drawing attention to the discursive specificity and historical instability of both homosexuality and heterosexuality, I use “queer” to recognize God's love as beyond categorization and as strange; it cannot be corralled into or contained by the historically specific notions of heterosexual and homosexual. But this essay does not merely deconstruct Benedict's heterosexually personalistic cosmology. It uncovers in Benedict's Eucharistic transfiguration of marital love a new and promising way of situating discussions about the ethics of sex.

Journal of Feminist Studies in Religion 32(1)

Peter Claver is commonly remembered as a patron saint of ministry to black Americans as well as the “saint of the slave trade.” Partially by comparing him with Saint Martin de Porres, the only African-descended American saint, this article argues that rather than lauding Claver as a racial hero, we ought to recognize him as deeply complicit in the sins of white supremacy. This article aims to help the church more honestly reckon with its white supremacist past.