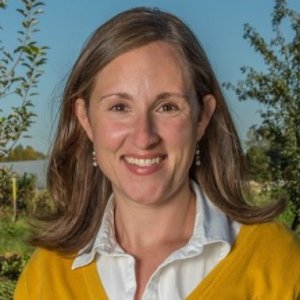 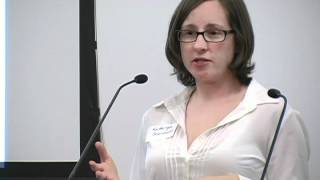 Kathryn Colasanti completed her master's with the CS Mott Group for Sustainable Food Systems (now CRFS) before joining the staff in May 2009. Her research with the group has spanned multiple topics, including healthy food access, farm-to-school, farm-to-institution, urban agriculture, beginning farmers, farmers markets and school food supply chains. Her current work is centered on coordinating the Michigan Good Food Charter Shared Measurement Project. Before joining the Center, Kathryn worked on an urban farm and on garden-based preventative health initiatives in Denver, CO.

Can Farmers’ Markets in Shrinking Cities Contribute to Economic Development? A Case Study from Flint, Michigan

2018 We examine the extent to which the Flint Farmers’ Market produces positive spillover effects on nearby businesses in downtown Flint, Michigan. We care about spillover spending in shrinking cities like Flint because farmers’ markets may contribute to growth beyond their boundaries, and thus help to sustain their surrounding areas. We surveyed visitors of the Flint market to determine the percentage who spend downtown outside of the market, how much they spend, the demographic characteristics that predict spending, and the additional businesses that visitors would like to see in the downtown. We also interviewed downtown business owners and managers to capture their perspectives on the market, including whether its relocation in 2014 helped their businesses.

2017 As Collective Impact (CI) gains popularity across food systems change efforts, few scholars and practitioners have evaluated whether this collabora­tive social-change framework is well suited to food systems work. We begin to answer this question based on our own experience applying a CI model to support statewide goals established in the Michigan Good Food Charter. Our reflections are based on the project’s evaluation findings, internal staff discussions about their CI-based efforts, discussions with other food systems practitioners using CI, and a review of emerging literature where scholars and practitioners evaluate or reflect on facilitating a CI initiative.

The City as an "Agricultural Powerhouse"? Perspectives on Expanding Urban Agriculture from Detroit, Michigan

2013 In recent years urban agriculture has received increasing support as a strategy for food security and urban sustainability. Scholars have explored motivations for and experiences of individual community gardens, but there is little understanding of how more extensive urban agriculture activities might be perceived among residents or might integrate with the cityscape. This research explores ways in which urban agriculture might be perceived in relation to the urban eco-system and sociopolitical context through semi-structured interviews and focus groups in Detroit, Michigan. Results reveal widespread support for expanding urban agriculture and highlight the lines along which such expansion may be contested, including the extent to which it should occur, the purpose it would serve, and the people it would involve.

2013 It's true that urban agriculture may provide a modest contribution to most cities' food supply. However, Hallsworth and Wong (2013) fail to recognize the range of cities across North America as well as the numerous opportunities to increase the productivity of urban agriculture and its potential role in alleviating food insecurity. They also under¬emphasize the value of urban agriculture beyond the quantity of food produced. There are many cities — Detroit, Cleveland, and Milwaukee come to mind — with large amounts of open space and notions of incorporating agriculture into the fabric of a 21st century green city. The authors fail to acknowledge the potential for expanded productivity per unit of land beyond what is currently observed, for example with the use of passive solar, season-extension methods. In Michigan, with average low temperatures below Vancouver's, unheated hoophouses allow for at least 30 crops to be grown, many year-round (Colasanti, Matts, Blackburn, Corrin, & Hausler, 2010). The authors dismiss what can be grown in a 4-square-meter (43-square-feet) garden as "suitable only for... personal enjoyment," but during the frost-free period an extra vegetable serving for a family of four per day is easily accomplished in this space...

2009 Criticisms claiming the land-grant system has failed its mission and recent restructuring in the food system have together challenged the role played by Extension. This article explores whether a framework of southeast Michigan's Food System Economic Partnership (FSEP) fosters civic participation in the agrifood re-localization movement. Employing a case study approach, we discuss this framework and provide an overview of Extension educator involvement.