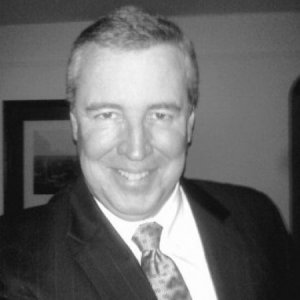 The story of Keith’s assault and his transition from sex crime victim to survivor has been featured in newspapers and magazines and his program, “5 Steps You Can Take to Keep Kids Safe” has been discussed on radio and television.

Keith has lobbied government officials to prevent cutbacks to sex abuse prevention and counseling programs and he’s testified before the New Jersey State Senate Judiciary Committee seeking to eliminate the statute of limitation in civil actions relating to sex crimes committed against children.

FOR EVENT AND MEETING PLANNERS

Keith Smith is available as a Speaker for conferences, seminars and fundraising events hosted by non-profit organizations, government agencies, companies and professional associations dedicated to helping children who have been sexually abused.

Keith's ONE SHEET can be found in the Media Links section below.

5 Steps You Can Take to Keep Kids Safe

The Personal and Societal Consequences of Childhood Sexual Abuse

Making the Transition From Victim to Survivor

Childhood Sexual Abuse : the Myth and the Reality

Keith Smith is an outstanding spokesperson. Keith hosts discussions with candor and conviction. He creates an elevated experience which engenders new perspectives. His presentations are delivered with gravitational force, and the impact with participants is extraordinary.

Keith has a knack for engaging his audience from the get-go with his passion, his intelligence, his enthusiasm, his humor and his sincerity. I have personally heard Keith speak on numerous occasions. His presentations are filled with information that is thought provoking and emotionally moving, After hearing Keith speak, you will walk away with new insights, compelling ideas and tools for enriching the quality of your life. I’d highly recommend Keith as a speaker to anyone who is looking for an energetic, motivating and very informative presentation. His goal is to make this world a better place. He is an incredible inspiration.

I have had the pleasure of not only working with Keith on a professional level, but also on a personal level where I can see him help educate, promote and inspire young and old alike. His story is unique, but profound. He doesn't ask for sympathy, and he doesn't make any excuses for the events that have shaped him into the person he is today. And as a public speaker, his clear and eloquent understanding of others and self shines through! Most people would find it hard to articulate the messages that can be learned from the life experiences he's had throughout his life, but Keith not only commands an audience's attention with his stories, he takes them on his journey that leads them right back to their own self-reflection and life choices. He doesn't focus on what you DON'T have control over in this world; instead he challenges his listeners with ideas of what you CAN do to prevent and protect yourself in it! And what better person to tell that message than someone who's lived it, dealt with it, and conquered it? Keith Smith is not just a public speaker with a microphone... He's a speaker that guides and educates the public!