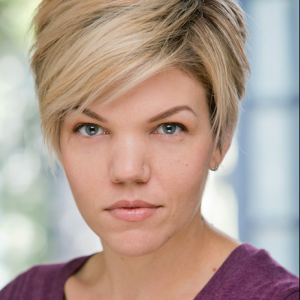 Kelly Alvarez is a native of Los Angeles and has performed original works by Christopher Huggins, Paula Present (PTERO Dance Theatre), Winifred Harris (Between Lines Dance Co.), Deborah Brockus (Brockus Project Dance Company), Chad Michael Hall (MULTIPLEX Dance), Curt Haworth, Kim Bears-Bailey, Brian Sanders, Rei Aoo, and Manfred Fischbeck, among others. She has also appeared in commercials such as Diet Coke and in music videos for The Smashing Pumpkins and Depeche Mode. As a choreographer, Kelly's work has been selected to be presented at the Dance Under the Stars Choreography Festival, The Celebrate Dance Festival, Dancers Responding to AIDS, The GLUE Performance Series, Dance! Santa Monica, MixMatch Dance Festival, Cypress College, and UC Irvine, among others.
Kelly completed her Master of Fine Arts in Dance from The University of California, Irvine and received a Bachelor of Fine Arts in Modern Dance with honors from The University of the Arts in Philadelphia. She has also studied Limón Technique and repertory from the legendary Betty Jones. Since receiving her comprehensive Pilates certification in 2007, Kelly has taught Pilates and worked as a physical therapist's aide in various studios in Southern California and was an on-set Pilates instructor to Michael Jackson's dancers in preparation for the famed "This Is It" world tour. She can also be seen in Balanced Body's official webisodes and in Richard Simmons' Workout Wednesdays videos.

Through her scholarly research, Kelly aims to bridge the gaps between modern dance's rich historical past and the current dance climate, with emphasis on the ways in which dance history influences ones' own "artistic ancestry." Her master's thesis examined the ways in which Denishawn and Los Angeles affected one another, and how the element of a celebrity figure might have played a role in the success of the company and its founders, Ruth St. Denis and Ted Shawn. Kelly has presented her research at the Osher Lifelong Learnng Institute (OLLI).

Kelly is currently on faculty at Cypress College and has also taught at The University California, Irvine. An avid teacher since 1996, Kelly continues to share her love of dance with students around the country through master classes, workshops, and private lessons. Kelly is honored to be on faculty here at Loyola Marymount University.