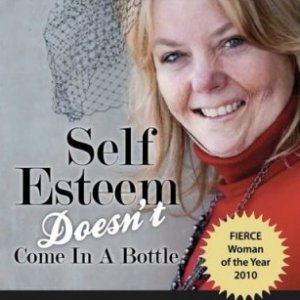 Those who have worked with Kelly all say that Kelly doesn’t let fear stop her – when she wants to achieve something, she just does. They also say that the fact that Kelly is a burn survivor since she was two-years-old is so motivating because she does not let circumstances dictate her success. In fact, she was selected out of 1500 women to compete in a model search competition and won the People’s Choice award. At 21, she was the President of the Alberta Burn Rehabilitation Society. Throughout her adult years, she created and sold 4 different businesses and her latest success happened when her documentary called SexAbility was broadcasted on national television in November 2011.

She is a sought-after international speaker because of her ability to engage others and see how a bad situation can become a great one. She is also the author of two books, ‘No Risk No Rewards’ and her second book ‘Self Esteem Doesn’t Come in a Bottle’ hit the bestseller list in one day. Kelly has been featured on television, radio and various magazines and won the Fierce Woman of the Year award and was featured on the cover of Be Fabulous. She was also named as one of the Top Ten Most Influential Speakers.

For more information about Kelly check out her website at: www.mykellyf.com