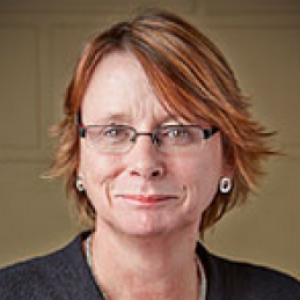 Kelly Fincham, an assistant professor of journalism at Hofstra University who researches the intersection of social media and journalism practice, said she believes as social media continues to evolve, guidelines will place less emphasis on the platform itself – how a journalist should use each specific medium – and more on general policies in relation to social media. For example, Fincham said some companies used to require employees to use two Twitter accounts – one personal and one public. This requirement has been dropped “because of a general acceptance that the public sees the journalist as one person and that nothing is truly private on the Internet.” “The guidelines have changed because our understanding of social media has changed,” Fincham said. “Newsroom managers cannot control social media in the same way that they controlled legacy media and this has led to conflicts in this space.”

From journalism to public relations to non-profits, if our students work in any form of communications, they are going to be working with social media. However, with social still a relatively young form of media, many journalism faculty are themselves still learning how to best prepare their students for future newsrooms. Many faculty aren’t sure where to start, especially those who left the newsroom before 2004 when Mark Zuckerberg, Dustin Moskovitz, Eduardo Saverin, Andrew McCollum and Chris Hughes launched Facebook and helped usher in the disruptive and transformative era of social media.

How to Teach Data Journalism MediaShift

Data journalism is in danger of becoming the broccoli of J-school education. We all know we should like data journalism, we all know we’re supposed to be doing data journalism, but, like broccoli, data journalism can seem so deeply unattractive and inedible. This, then, is the guide to getting started with teaching data journalism — learning how to steam broccoli that is simple and delicious. This guide is not aimed at faculty who know their way around Python or Tableau (you can go back to your broccoli souffles) but rather at the journo-academic who might be teaching a basic data course for the first time and wants to know where and how to get started. In particular, this article is aimed at the smaller programs where one person is usually the go-to for anything that looks remotely like tech journalism.

Toward a Media Literate Model for Civic Engagement in Digital Culture: Exploring the Civic Habits and Dispositions of College Students on Facebook Atlantic Journal of Communication

2014 Youth today live integrated lifestyles. Not only must they negotiate personal and public identities online, but they also must navigate information types now incorporated into single web platforms. As a result, there is an increasing need to understand how youth today see social platforms as serving personal, public, and civic needs. This article utilizes a survey and focus group sessions to explore student dispositions toward Facebook, specifically exploring its perceived value for information gathering, community interaction, relationship maintenance, and civic dialog. The results show a population that increasingly uses social media platforms for all information habits but that sees them as inherently social. Students also reported little to no formal training or education about social media and its role in their lives. The article concludes by proposing a more purpose-driven approach to teaching and learning about social networks as vibrant civic spaces in addition to the social and personal outlets they provide.

How to do Twitter research on a shoestring Poynter.org

Twitter’s increasingly influential role in journalism has prompted an accompanying upsurge in academic research, particularly around the ways in which journalists and media organizations have integrated Twitter into their norms and practices. With 500 million tweets a day, Twitter offers researchers a potentially deep and rich stream of social media data. However, unlike historical newspaper content, which is readily available via library microfiches or databases like Lexis Nexis, much of the historical data on Twitter (what’s called the Twitter firehose) is walled off in costly private archives.

August/September 2013 New York has become the first state in the U.S. to mandate a series of protocols to diagnose and treat sepsis before it turns fatal. The protocols have been named “Rory’s Regulations” for 12-year-old Irish American Rory Staunton who died from an undiagnosed case of sepsis on April 1, 2012. Doctors failed to recognize that Rory was suffering from sepsis until it was too late. Sepsis is a common but almost unknown killer. It is the single leading cause of death in intensive care units in the U.S. and kills over 200,000 Americans each year; more than lung cancer, stroke and breast cancer combined. However, public awareness of the dangers of sepsis is so low that a 2010 report found 70 percent of Americans did not even know it existed. Sepsis is a dangerous condition caused by the body’s own immune response to infection. The body produces chemicals to fight the infection, but those same chemicals cause widespread inflammation, which can shut down the body’s organs. “Rory’s Regulations” will require all New York hospitals to be proactive about sepsis and aim for early identification and treatment of the infection. The Regulations also call for increased patient communication and a “more meaningful” role for parents when their children are in the hospital. 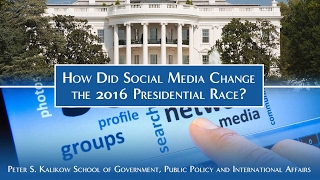 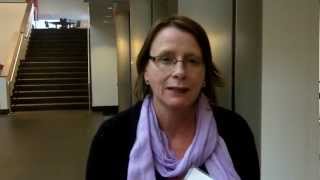 Kelly Fincham is an associate professor in the Department of Journalism, Media Studies and Public Relations at Hofstra University where she teaches advanced online journalism in the undergraduate and graduate program.

Her research agenda explores the intersection of social media in journalism practice and curriculum.. She is a regular presenter at several national and regional journalism conferences in the U.S. Canada, Ireland and Scotland and frequently contributes to Poynter, the leading journalism foundation in the U.S.

Kelly, honored as one of the Top 50 influential women in Irish America, founded the school’s award-winning students news site, Long Island Report in 2010. She is also the founding editor of IrishCentral.com, the US-based Irish Web site that was launched in March 2009 and is now the leading Irish American Web site.

With more than 25 years of senior editorial experience in both print and online media, Kelly has created websites and social media strategies for the Irish Lobby for Immigration Reform, the Irish charity GOAL and the original web space for The Irish Voice and Irish America magazine, all based in NYC.

Prior to switching to digital, Kelly worked at international newspaper titles including the Australian Financial Review (Fairfax) and Sydney Telegraph (News International) in Sydney, and the Sunday Independent, Irish Independent and Evening Herald (all INM) in Ireland.