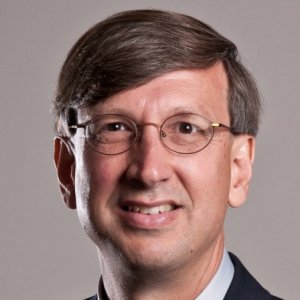 
Ken Carow has expertise in a number of finance-related fields, including banking, insurance, financial institutions and debt design.

A Kelley Indianapolis faculty member since 1997, Ken Carow has expertise in a number of finance-related fields, including banking, insurance, financial institutions and debt design. Choosing research topics based on his interests and their ability to positively impact Kelley's reputation, Carow is currently working on a research paper describing the role of mutual holding companies in the savings and loan industry.

Exploring the implications of stock options backdating, Carow also is investigating the stock market reaction to the recent backdating revelations. He is looking specifically at the characteristics of companies under investigation by the SEC and uncovering companies with similar characteristics that have not come under such federal scrutiny.

Carow's other research projects include a study of mergers and acquisitions in the savings and loan industry and a comprehensive review of the Financial Service Modernization Act. In the latter, Carow is assessing whether the integration of banking, insurance and investment banking allowed by the law has benefited customers, and if so, which customers and why.

In addition to Carow's teaching and research responsibilities, he is also the current chairperson of Kelley Indianapolis' undergraduate program. He believes the strength of the program lies in Kelley's commitment to community involvement and experiential learning.

"We really work to involve students in the study of business beyond the classroom," says Carow. "From starting out with a community engagement project to building leadership skills through the junior and senior years, Kelley students actively participate with real companies, solving real problems – much like the work they will do on the job after graduation."

The US Treasury's Capital Purchase Program: Treasury's Selectivity And Market Returns Across Weak And Healthy Banks

2014 We evaluate firms that voluntarily participated in the Treasury's Capital Purchase Plan (CPP), focusing on the market impact of their decision to participate. For healthy firms, abnormal stock returns are negative. For weak firms, CPP was a cheap source of funding, as demonstrated by their significant positive returns. Despite gains for weak firms, not all were permitted to participate. The Treasury made funding available to institutions with low levels of capital only if they also had better performing loan portfolios. Providing further evidence of the Treasury's selectivity, weak firms not participating in the CPP had significantly lower long-term returns than did weak firms that participated.

Journal of Money, Credit and Banking

2011 This paper evaluates the redistribution of gains surrounding regulatory relaxations in 1996 and 1997 and ultimate passage of the Financial Services Modernization Act (FSMA) of 1999. Gains in financial institution stocks may come from projected increases in efficiency, increases in the bargaining power of financial institutions, or greater access to the federal safety net. For customers seeking improved access to capital markets, gains in efficiency should result in increased benefits, but increases in bank bargaining power could increase funding costs and/or decrease capital market access. Customers may also lose as taxpayers who support the federal safety net. This paper finds evidence of potential taxpayer losses and increased bank bargaining power, especially vis-à-vis credit-constrained customers for whom safety-net subsidies are unlikely to be shifted forward. The stock prices of credit-constrained customers declined during FSMA event windows and in event windows associated with regulatory relaxations.

2009 Using a large sample of option granting firms, some of which were investigated for option grant backdating, we develop a predictive model for such investigations and examine how the capital market responded as the backdating scandal unfolded. Firms that were investigated experienced significant stock price declines from the beginning of the Wall Street Journal's Perfect Payday series through the end of 2006. Firms predicted to have backdating problems, but not the subject of publicly revealed investigations, experienced stock price performance during the same period that was remarkably similar to that of firms with publicly revealed investigations. In contrast, firms not predicted to have backdating problems experienced normal stock price performance. Our results suggest that capital markets disciplined companies with suspicious option grant histories, often prior to, and irrespective of, any public revelation of an investigation into the matter.

Earnings management and initial public offerings: The case of the depository industry

2009 In a typical IPO, insiders are “net sellers” of IPO shares; however, in a demutualizing thrift, insiders are “net buyers” of IPO shares. Using a sample of mutual depository IPOs, we find evidence consistent with earnings management prior to the conversion of mutual thrifts. We find on average that mutuals report lower ROA and increased loan loss provisions and loan loss reserves in the period prior to the demutualization. Using a two-stage approach, we also find that the level of discretionary loan loss provisions and discretionary reserves are positively related to both the level of insider participation in the IPO and the first-day returns to investors. Our results are consistent with management of mutual thrifts benefiting at the conversion from reduced pre-IPO earnings and book equity resulting from earnings management.

Demutualization: Determinants and consequences of the mutual holding company choice

2009 We investigate the determinants and consequences of the mutual holding company (MHC) structure that allows mutual thrifts to issue stock to outside shareholders while maintaining the mutual form. Capital constrained firms with greater profit opportunities are more likely to choose a full demutualization; demonstrating that the MHC choice can be used to control for over- and under-investment costs. During periods of greater regulatory constraints, MHC firms have lower offer-day returns than full demutualizations. MHC firms are also less likely to be acquired, as the MHC structure provides protection from the market for corporate control. Demonstrating a clear preference by minority shareholders for the elimination of the MHC structure, the announcement of a second-stage conversion generates a 12% return.