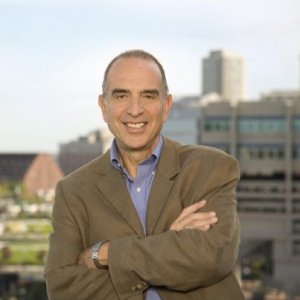 
Can you see what I see? Engage your imagination and improve your community with Greenberg Consultants award-winning urban designer 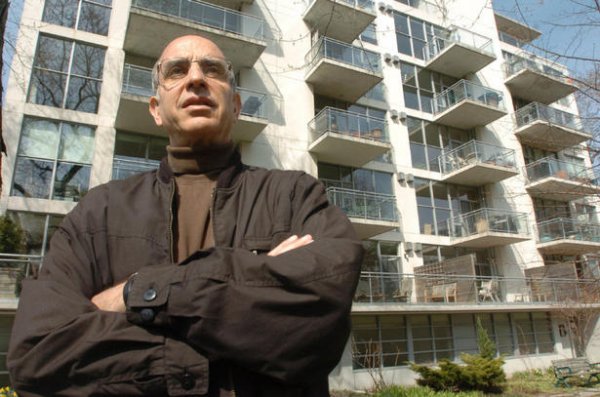 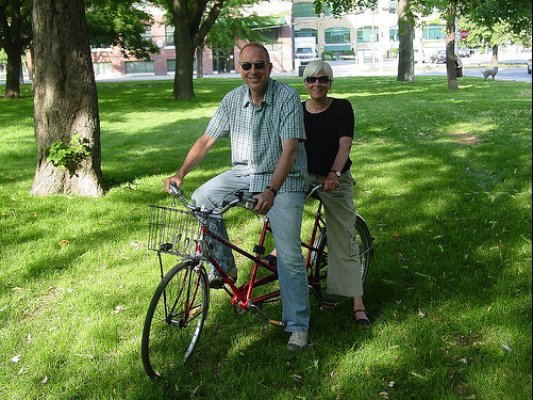 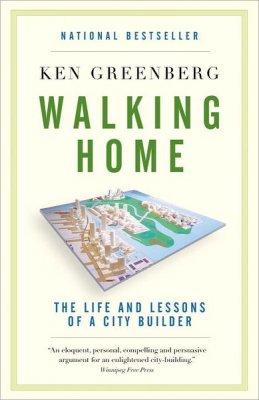 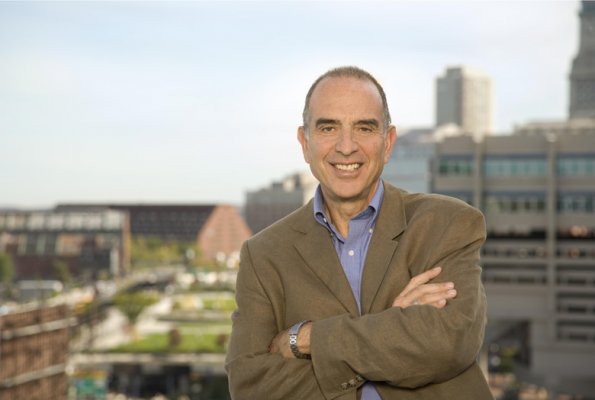 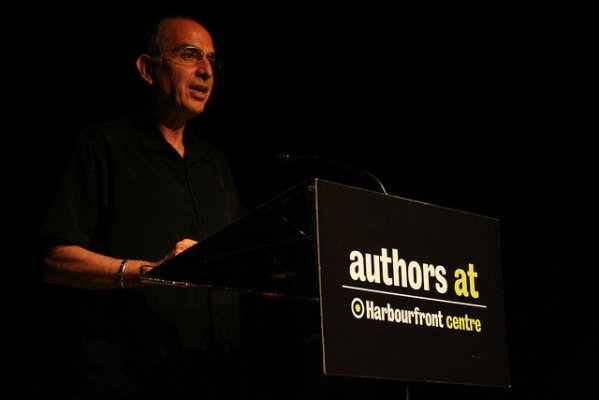 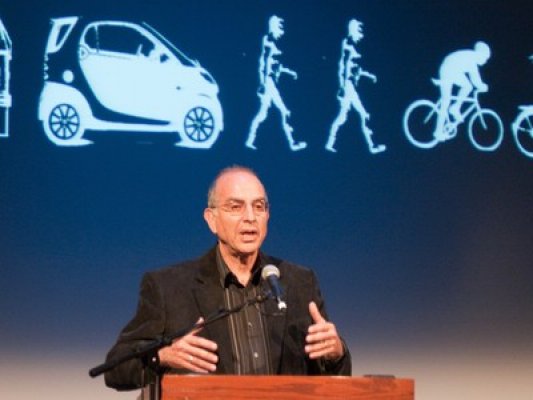 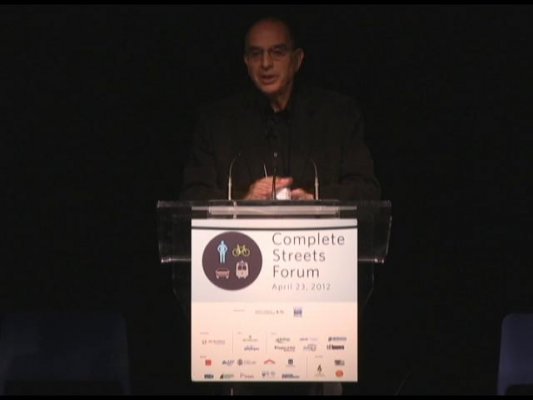 Ken Greenberg is an architect, urban designer, teacher, writer, former Director of Urban Design and Architecture for the City of Toronto, founding partner of Urban Strategies Inc., and now Principal of Greenberg Consultants.

For over three decades he has played a pivotal role on public and private assignments in urban settings throughout North America and Europe, focusing on the rejuvenation of downtowns, waterfronts, neighborhoods and on campus master planning, regional growth management, and new community planning. Cities as diverse as Toronto, Hartford, Amsterdam, New York, Boston, Montréal, Washington DC, Paris, Detroit and San Juan Puerto Rico have benefited from his advocacy and passion for restoring the vitality, relevance and sustainability of the public realm in urban life.

With over three decades of experience, he has managed large multi-disciplinary staff and consultant groups for both the public and private sectors. He applies a holistic approach to city building, crossing traditional boundaries and working in team settings collaborating with many talented professionals from a variety of disciplines. In each city, with each project, his strategic, consensus-building approach has led to coordinated planning and a renewed focus on urban design.

He is the recipient of the 2010 American Institute of Architects Thomas Jefferson Award for public design excellence and the author of Walking Home: the Life and Lessons of a City Builder published by Random House.

Ken is a frequent lecturer and teacher in both North America and Europe, inspiring professionals and students in thinking about the demographically diverse, post-industrial city.

He has been the Charles Moore Visiting Professor of Architecture at the Taubman School at the University of Michigan and taught Masters studios in urban design at the Harvard Graduate School of Design, the University of Toronto, L'Université de Montréal, UC Berkeley and the University of Pennsylvania. He is a frequent contributor to the Mayor's Institute for City Design.

At Greenberg Consultants, creative problem-solving is applied to managing change in all aspects of city building and re-building including land use, built form and public space, municipal infrastructure, transportation and environment. Assignments range from leading large multi-disciplinary teams encompassing environment, transportation and economics for a broad range of clients - governments, institutions, Universities, and the development industry to strategic supporting roles.

In Walking Home: The Life and Lessons of a City Builder, Ken Greenberg shares his passion and methods for rejuvenating neglected cities and argues passionately for the importance and possibilities of their renewal. Walking Home is both Ken's story and a lesson in turning the world's urban spaces back into places that can give us not only a platform to face the challenges of the future, but also a place we can call, with pride and satisfaction, home.

For thirty years the Institute for Urban Design has positioned itself as a central platform for debate over issues related to urban planning, development, and design. By creating a common territory for architects, planners, policy-makers, developers, academics, journalists, and urban enthusiasts, we acknowledge that to ensure quality in planning and urban design, a dialogue must emerge that represents the diversity of stakeholder voices affected by urban development.

Established in 1887, the Toronto Society of Architects (TSA) is a non-profit volunteer-based organization comprised of architects, interns, students, urbanists, politicians, academics, retirees, citizens and enthusiasts. The TSA plays an advocacy role in the City, ensuring that architecture and design are key considerations in public discussions and in processes that have an impact on our urban environment.

The College of Fellows formally recognizes members and distinguished laypersons who have made outstanding contributions to the profession. Fellowship in the RAIC is an honour conferred on members singled out for their contribution to research, scholarship, public service or professional standing to the good of architecture in Canada, or elsewhere.

In 2010, Ken received the American Institute of Architects Thomas Jefferson Award for Public Architecture, which recognizes excellence in architectural advocacy and achievement. The award honours public officials or other individuals who by their role of advocacy have furthered the public's awareness and/or appreciation of design excellence in public architecture.

University of Toronto: Bachelor of Architecture 1970

City Building: Beyond the Concrete

Regent Park Revitalization - the past, the master plan, and the development phase

Past, Present, and Future of our Brownfields

Walking Home: The Life and Lessons of a City Builder

Altering a downtown that is dominated by cars is no easy task. Many cities struggle with phasing in plans to pedestrianize their downtown and reduce auto dependency. Inspired by leading examples, cities are learning from each other as this process gains momentum. - Explore innovative strategies guiding successful planning policies - Capitalize on the benefits of a populated downtown core - Learn from approaches to sustaining community involvement

City Building on the Toronto Waterfront

Ken will provide an insider’s view of the Waterfront Toronto project, the role of the economic, environmental and community forces that are shaping it and discuss the opportunities for the City of Toronto to be transformed by its waterfront.

To compete for talent, cities need to leverage their existing assets. Before economic development plans are established, you need to know where your existing strengths lie. Take away strategies for: * Mapping assets to understand your advantages and weaknesses * Conducting SWOT reviews to generate competitive advantage * Developing effective strategies to cultivate clusters that fit your city's advantages

We are living through one of the most remarkable transformations in urban history as 21st century cities worldwide are redefining themselves. At the core of this transformation is an increased focus on the concept of place and the quality of the public realm. From a youth spent in New York City and other great cities of the world, to his beginnings as an architect in Toronto, Ken Greenberg has long recognized that cities at their best provide much of what we seek in a place to call home.