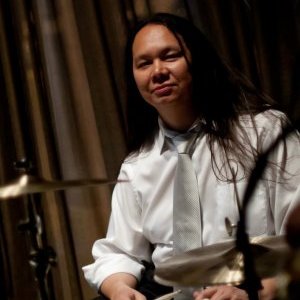 "Ken Lingad is a respected and notable presence with regards to my cabinet's initiatives to further develop our rising film industry, in addition to our communications with Indian Country...a trusted colleague and friend." -New Mexico Governor / US Presidential Candidate Bill Richardson

"...there was no question as to who I would turn to for social and communications strategy. Ken conducted several master-class social media campaign strategy workshops and debrief sessions for Women Innovate Mobile and Levo League..."
-Kelly Hoey, "Forbes"-listed Business Personality

"...you feel the confidence of his advice and direction." -Albuquerque Studios

"By the age of twenty he was jetting off to work as a drummer…His reputation led to his inking several major endorsement deals with the top names in the music industry, including Yamaha Drums. At twenty-one, Ken Lingad’s professional relationships included some of the biggest names in the music business." - Daniel Gibson, Editor, "Native Peoples" Magazine

Ken Lingad is the inspiration and subject of the bestselling book "Contemporary Native American Artists"—now available at bookstores and online retailers.

Ken Lingad is a respected and notable presence with regards to my cabinet's initiatives to further develop our rising film industry, in addition to our communications with Indian Country...a trusted colleague and friend.

Ken and his company, 1680PR has been a very integral part of our process of repositioning one of our hotels. He is extremely committed to his clients and goes above and beyond to make sure a project is successful. He becomes a part of your team and not just an external consultant. An extremely committed, creative thinker who is extraordinarily knowledgable about the business of public relations, social media, and global trends. 1680 PR is a Team you can certainly depend on to do whatever it takes to get the job done!

Building a personality brand requires a willingness to seek advice from an agency that has the caliber of skills to deliver you a lasting value. Ken and 1680PR does that very well. They take the time to listen deeply and then bring out the big guns to protect and support you moving up your ideal ladder of success. Ken has helped me continue to establish clarity around the long term growth of my brand. He has connected me to people who can make decisions and follow through with commitment.

...there was no question as to who I would turn to for social and communications strategy. This past summer, Ken conducted several master-class social media campaign strategy workshops and debrief sessions for Women Innovate Mobile and Levo League staff and interns. Eye-opening sessions on the nuances and enormous complexities of the social business world - growing up on Facebook and being social media savvy is not sufficient when the focus is brand growth or new product launch. Women Innovate Mobile directly benefited from Ken's deep knowledge and expertise when he personally undertook the planning and execution of WIM's demo day social strategy.

An enrolled member of the Indian Pueblo of Isleta, Ken Lingad is a recognized authority on Native American arts, culture, politics, and enterprises. Sales Teams, Executives, Marketing Professionals, and others may benefit from Lingad's proprietary training courses designed to cultivate understanding and awareness of the unique dynamics of the American Indian peoples.