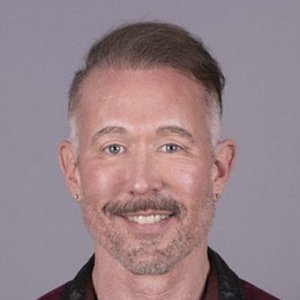 
Ken Howard is a licensed clinical social worker and is considered the most experienced gay men’s specialist therapist in Los Angeles,

KEN HOWARD, MSW, LCSW is an Adjunct Associate Professor and joined the faculty in 2012. He has taught both online as well as on the University Park campus. He is in full-time private practice as the founder of GayTherapyLA.com, and is now considered the most experienced gay men’s specialist therapist in the United States, working almost exclusively with gay male individuals and and couples for more than 28 years.

Howard worked for more than a decade in the Los Angeles County nonprofit community, specializing in programs working in HIV mental health. These included AIDS Project Los Angeles, Los Angeles LGBT Center, Being Alive, LA Shanti, SPECTRUM Community Services and Research at Charles R. Drew University of Medicine and Science, and LA Family AIDS Network. He was co-chair of the LA County HIV Mental Health Task Force for nine years and co-chair of its annual HIV mental health conference, in association with UCLA/Pacific AIDS Education and Training Center. From 1996 to 2000, he served on the board of directors of the Lesbian and Gay Psychotherapy Association of Southern California.

Having completed the sub-concentration in severe/persistent mental illness while pursuing his master’s in social work at USC, Howard also specializes in helping clients with psychiatric disabilities, and has worked with mentally ill homeless people in LA County through the Department of Mental Health.

He is a graduate of the UCLA School of Theatre, Film and Television, and he continues to work with many members of the entertainment community as clients in his private practice. He also keeps active with his own creative projects, having completed the music, lyrics and book to a full-length original musical play called "On the Boulevard", based on George Bernard Shaw’s classic Pygmalion, only with a gay male focus and set in modern-day Hollywood.

Howard writes a weekly blog for his practice website, GayTherapyLA.com. He is also the author/producer of the "Gay Therapy LA with Ken Howard, LCSW" podcast, and the author/producer of the podcast, "The Boy from Yesterday", based on his New Adult genre fiction novel of the same title. His 2013 self-help book, "Self-Empowerment: Have the Life You Want!" is available on Amazon.com and Lulu.com, and its accompanying podcast on iTunes, “Have the Life You Want with Ken Howard, LCSW,” is also available.

He is a long-term (30 years in 2020) survivor living with HIV/AIDS, and writes and speaks on this locally and nationally.