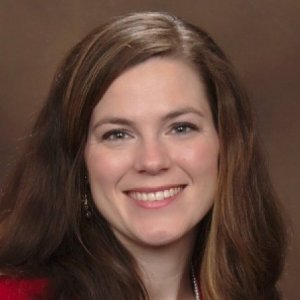 Kerri M. Raissian is an Assistant Professor in the Department of Public Policy at the University of Connecticut. She was a Doris Duke Fellow for the Promotion of Child Well-Being and completed her doctoral degree in Public Administration at the Maxwell School of Citizenship and Public Affairs at Syracuse University in 2013. Her research focuses on child and family policy with an emphasis on understanding how policies affect fertility, family formation, and family violence. Raissian’s research is interdisciplinary and draws on principles from program evaluation, economic demography, and applied microeconomics.

She has published in the Journal of Policy Analysis and Management (JPAM), Child Maltreatment, Population Research and Policy Review, the European Journal of Ageing, among others. Her paper, “Hold Your Fire: Did the 1996 Federal Gun Control Act Expansion Reduce Domestic Homicides?” was awarded the 2016 Vernon Memorial Prize for the best paper in JPAM. She teaches financial management for public organizations, research methods, and social policy, and she has received teaching commendations for outstanding cumulative teaching evaluations from the University of Connecticut’s Provost’s Office on multiple occasions.

Prior to academia, she worked with abused adults and children in the government and nonprofit sectors. She currently engages agencies in Connecticut to continue this work.

The impact of early childhood investments on child well-being

Role of policy in family violence and contraception subsidies

Breastfeeding and infant health link is not straight-forward

The researchers found that mothers who while pregnant said they intended to exclusively breastfeed, but then used formula once the baby was born, had children with health outcomes similar to exclusively breastfed infants. Only about half of mothers who intend to breastfeed are able to do so, and often their ability to breastfeed is beyond their control and not known until their baby is actually born. "This access to health care is an important policy focus. By sinking so much energy into getting moms to breastfeed, we miss something very important: that access to health care and the ability to take medical advice is critically important to a mother and her infant," said Raissian. "By exploring factors influencing better infant health outcomes, information from the study helps contextualize the tradeoffs that a lot of mothers have to make when deciding how to feed their children."

Why America needs a population czar

The country needs to start talking about the consequences new policies have on economic development and on existing programs, like Social Security.

Kerri Raissian and a colleague examined nine years of child maltreatment reports from the National Child Abuse and Neglect Data System. They found that 30 states had minimum wages that exceeded the federal minimum wage by at least $1 during the study period, and that those same states had substantially fewer child neglect cases. While Bullinger and Raissian say that race was a non-factor when it came to their study, the results suggest that a higher minimum wage had no impact on neglect cases for teenagers.

To researchers Lindsey Bullinger and Kerri Raissian, this debate fails to acknowledge the wider importance of minimum wages in raising social standards–for example, the effect in reducing or contributing to violence in the home. In a new paper, they look at the relationship between states that have passed minimum wage increases and 30 years of official figures for child maltreatment. They find that every $1 increase in minimum wages results in 9,700–or almost 10%–fewer cases annually. Minimum wage levels affect household ability to buy clothing, food, and medical care, the researchers argue, affecting whether a child is likely to be mistreated...

It's time for COVID-19 disaster relief ... for mothers

That next wave of COVID-19 is here and no place in the country seems safe from rapidly rising infection rates. While the effects of COVID will be felt in many social and economic sectors, the American family is about to be upended. As public schools from New York City to Denver to Los Angeles shift to remote learning, mothers are bracing for disaster. Without necessary disaster relief, this is going to get increasingly and needlessly ugly. We must recognize that parents — and mothers in particular — are struggling to meet their dual employment and childcare responsibilities. Though many parents are juggling, women provide the majority of childcare — even in dual earner households. Women are leaving the labor force at higher rates than men simply because they can’t do it all.

2017 Research has consistently demonstrated that children living in low-income families, particularly those in poverty, are at a greater risk of child maltreatment; however, causal evidence for this relationship is sparse. We use child maltreatment reports from the National Child Abuse and Neglect Data System: Child File from 2004 to 2013 to investigate the relationship between changes in a state's minimum wage and changes in child maltreatment rates. We find that increases in the minimum wage lead to a decline in overall child maltreatment reports, particularly neglect reports. Specifically, a $1 increase in the minimum wage implies a statistically significant 9.6% decline in neglect reports. This decline is concentrated among young children (ages 0–5) and school-aged children (ages 6–12); the effect diminishes among adolescents and is not significant. We do not find that the effect of increases in the minimum wage varies based on the child's race. These findings are robust to a number of specifications. Our results suggest that policies that increase incomes of the working poor can improve children's welfare, especially younger children, quite substantially.

2016 In 1996, Congress expanded the federal Gun Control Act (GCA) to prohibit defendants convicted of a qualifying domestic violence misdemeanor from possessing or purchasing a firearm. Using the FBI's Supplementary Homicide Reports along with homicide data collected from selected state law enforcement agencies, I investigate if this expansion was successful in reducing homicides among the target groups. I use variation from a legal loophole and a series of circuit court decisions to generate difference-in-differences estimates. I find evidence that the GCA expansion led to 17 percent fewer gun-related homicides among female intimate partner victims and 31 percent fewer gun homicides among male domestic child victims. The law also has protective benefits for those that were not targeted by the legislation. “Other” family members (parents and siblings) also experience a 24 percent reduction in gun homicides. I find no evidence that reductions in gun homicides were offset by an increase in nongun homicides. While most falsification and robustness tests support the above conclusions, some tests suggest caution when interpreting the results and a need for further research.

2016 Decades of research supports a widely held view that providing parent care is stressful, and that these stresses are associated with adverse mental health outcomes. However, some recent studies suggest an additional possibility, namely that “noncaregiver stress”—a consequence of having a parent with major care needs, but not being an active caregiver—may be a serious problem as well. This finding emerges in data which permit separate controls for parental needs for care and offspring provision of parent care. We extend these results using Generations and Gender Programme data from five countries—Bulgaria, France, Georgia, Romania, and Russia—for which the necessary variables can be comparably measured. Our outcome variable is a depression score based on a 7-item scale. In country-specific regressions, we find two instances of statistically significant associations of depression with the regular provision of personal care to a parent with care needs, i.e., the usual “caregiver stress” result. However, we also find two instances of statistically significant differences in respondents’ depressive symptoms that are associated with having a parent with care needs, i.e., instances of “noncaregiver stress.” We find limited evidence of gender-specific responses to both forms of stress. Our evidence supports both the typical caregiver stress response and the less-studied noncaregiver stress response, which suggests the need for additional research.

2015 While recent national discussions of the Affordable Care Act (ACA) made the introduction of mandated contraceptive coverage within health insurance policies seem like a novel idea, it is not new at all. Since the late 1990s, 29 states have mandated that insurance providers include prescription contraceptive supplies and, in some instances, associated contraceptive services in their coverage. We use state-level policy variation to generate both difference-in-differences and triple difference estimates to determine if women in states with state-level contraception supply or contraception supply and services insurance mandates experienced changes in their utilization of contraception and preventive health care services. We find a positive relationship between these policies and prescription contraception use for those with low educational attainment, but the results are not robust to a variety of specifications. Our results also show an increase in the consumption of preventive health services for women with low educational attainment as a result of these health insurance mandates. We conclude by discussing the implications for the ACA.