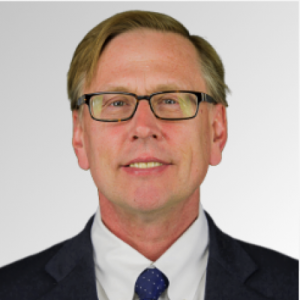 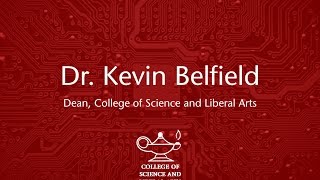 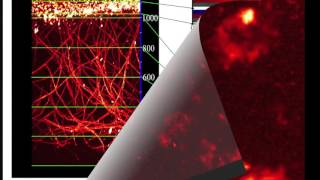 Dr. Kevin Belfield was appointed dean of the College of Science and Liberal Arts at the New Jersey Institute of Technology and professor of chemistry and environmental science in November 2014. Belfield received the B.S. in Chemistry from Rochester Institute of Technology in 1982 and, after spending one year at Bristol-Myers Pharmaceutical Co. in Syracuse (1982-83), the Ph.D. in Chemistry from Syracuse University in 1988 (under the mentorship of John E. Baldwin). He then worked as a senior chemist at Ciba-Geigy Corp. before performing postdoctoral research at SUNY College of Environmental and Forestry (with Israel Cabasso) and at Harvard University (with William von E. Doering). Subsequently, Belfield was a member of the faculty at the University of Detroit Mercy and Graduate Coordinator. While at the University of Detroit Mercy, Belfield was an AFOSR Summer Faculty Fellow in 1997 and 1998.

Prior to joining NJIT he served as Pegasus Professor and chair of the Department of Chemistry at the University of Central Florida (1998-2014). In 2010, Belfield was inducted into the National Commission of Cooperative Education (NCCE) Co-op Hall of Fame. In 2013, he was elected a Fellow of the American Association for the Advancement of Science (AAAS) and became a Fellow of the American Chemical Society in 2019. Belfield has served as PI or co-PI on over 45 grants from federal, foundation, and corporate agencies. Kevin has over 250 publications, holds over a dozen US patents, and serves on several editorial advisory boards of scientific journals. Belfield is a pioneer in two-photon photochemistry and organic photonic materials. His research interests range from developing contrast agents for early cancer detection and new paradigms for photodynamic cancer therapy to ultrafast photophysics and 3D high density optical data storage.

“This program fills a critically important and unmet need in the state of New Jersey: an accredited Bachelor of Science forensic science program, the first of its kind in the state,” Kevin Belfield, dean of the College of Science and Liberal Arts, said in a prepared statement. “This STEM-focused program expands our already-impressive slate of high return-on-investment degree programs for our students and establishes NJIT as a regional resource for future forensic science professionals, as well as the professional community in the state and region.”...

2019 The electronic properties of neutral 2,4-bis(4-bis(2-hydroxyethyl) amino-2-hydroxy-6-(2-(2-(2-methoxyethoxy)ethoxy)ethoxy)phenyl)squaraine (1) and charged 2-((3-octadecylbenzothiazol-2(3H)-ylidene)methyl)-3-oxo-4-((3-(4-(pyridinium-1-yl)butyl)benzo-thiazol-3-ium-2-yl)methylene)cyclobut-1-enolate iodide (2) squaraine derivatives were analyzed based on comprehensive linear photophysical, photochemical, nonlinear optical studies (including two-photon absorption (2PA) and femtosecond transient absorption spectroscopy measurements), and quantum chemical calculations. The steady-state absorption, fluorescence, and excitation anisotropy spectra of these new squaraines revealed the values and mutual orientations of the main transition dipoles of 1 and 2 in solvents of different polarity, while their role in specific nonlinear optical properties was shown. The degenerate 2PA spectra of 1 and 2 exhibited similar shapes, with maximum cross sections of ∼300–400 GM, which were determined by the open aperture Z-scan method over a broad spectral range. The nature of the time-resolved excited-state absorption spectra of 1 and 2 was analyzed using a femtosecond transient absorption pump–probe technique and the characteristic relaxation times of 4–5 ps were revealed. Quantum chemical analyses of the electronic properties of 1 and 2 were performed using the ZINDO/S//DFT theory level, affording good agreement with experimental data. To demonstrate the potential of squaraines 1 and 2 as fluorescent probes for bioimaging, laser scanning fluorescence microscopy images of HeLa cells incubated with new squaraines were obtained.

Capitalizing on the nucleophilic addition of hydrazine toward the central cyclobutenyl core and affinity of aldehydes to hydrazine group, two water-soluble squaraine dyes (SQOH and SQPY) were synthesized as sensitive colorimetric and fluorescent chemosensors for aldehydes. The color change from blue to colorless and back to blue these sensors underwent was readily observed, even by the naked eyes. The response was fast (less than 1 s) and the detection limit for formaldehyde as an example was about 60 μM. In contrast to the previous nucleophilic attack to squaraines and the other amine references studied, this work underwent a whole ON-OFF-ON sensing circle based on the characteristics of hydrazine. Meanwhile, the different photophysical properties of the two squaraines related to their different structures were also demonstrated. Importantly, a possible sensing mechanism is proposed suggesting these types of dyes hold great potential in the area of rapid, sensitive, and convenient detection of aldehydes.

Squaraine dyes bearing adamantyl terminal groups have been synthesized and spectroscopically characterized. In aqueous solution, AM‐1′ tended to form J‐aggregates. Encapsulating AM‐1′ in β‐cyclodextrin, based on the host–guest interactions, dramatically dissociated the J‐aggregate, restoring fluorescence. Fluorescence microscopy imaging of HCT 116 cells incubated with the complex was accomplished.

2018 With the objective of developing new near-infrared fluorescent probes and understanding the effect molecular structure exerts on physical properties, a series of aniline-based squaraine dyes with different number and position of methoxy substituents adjacent to the squaraine core were synthesized and investigated. Using both computational and experimental methods, we found that the subtle changes of the number or position of the methoxy substituents influenced the twisting angle of the structure and led to significant variations in optical properties. Moreover, the methoxy substituent also affected aggregation behavior due to steric effects. The X-ray crystal structure of one of the key members of the series, SD-2a, clearly demonstrates the distortion between the four-membered squaraine core and the adjacent aniline ring due to methoxy substitution. Structure-related fast relaxation processes were investigated by femtosecond pump–probe experiments and transient absorption spectra. Quantum chemical calculations and essential state models were exploited to analyze the primary experimental results. The comprehensive investigation of structure-related properties of dihydroxylaniline-based squaraine dyes, with systematic substitution of OH by OCH3 functional groups, serves as a guide for the design of novel squaraine dyes for photonics applications.

2019 Mitochondria are essential targets for treatment of diseases with mitochondrial disorders such as diabetes, cancer, and cardiovascular and neurodegenerative diseases. Mitochondria penetrating peptides (MPPs) are composed of cationic and hydrophobic amino acids that can target and permeate the mitochondrial membrane. Herein, a novel d-argine-phenylalanine-d-argine-phenylalanine-d-argine-phenylalanine-NH2 (rFrFrF) was tagged with a rhodamine-based fluorescent chromophore (TAMRA). This probe (TAMRA-rFrFrF) exhibited advantageous properties for long-term mitochondria tracking as demonstrated by fluorescence microscopy. Cell viability assays and oxygen consumption rates indicate low cytotoxicity and high biocompatibility of the new contrast agent. Colocalization studies suggest that TAMRA-rFrFrF is a promising candidate for continuous mitochondrial tracking for up to 3 days.