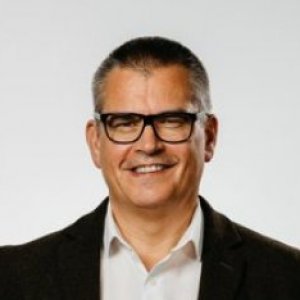 Kevin Crimmons is an expert in the areas of critical care nursing, evidence-based health care and military nursing.

Kevin joined the Army at 16, and stayed for 30 years, during which time he gained Registered Nurse qualification, and specialised in burns and critical care. He was involved in every military operation from a medical provision stance from the Falklands conflict to the recent conflicts.

In his later career he was appointed the Specialist Nurse Advisor for Burn Care to the Army, responsible for the strategic provision of Burn Care to troops on Operations. Kevin moved to Birmingham in 2001 and helped facilitate the integration of the Critical care component of the now Royal Centre for Defence Medicine into University Hospitals Birmingham NHS Foundation Trust, during which time he worked in a variety of Critical care settings within QE Hospital and Selly Oak Hospital. Kevin left the Army at the rank of Major in 2009 to further pursue his passion for educating future generations of nurses.

Kevin joined Birmingham City University in 2009, and after a time as a Senior Lecturer specialising in Critical Care and Evidence Based Practice was appointed Head of the Department of Adult Nursing in 2013. The University is one of the largest providers of nurses to the NHS, and is commissioned to educate over 400 adult nurses per year.

Kevin Crimmons, Birmingham City University’s Head of Adult Nursing, says the removal of the bursary has heralded a significant decline in applications, particularly by mature students aged over 25. He says mature students are more risk-averse, and student debt is putting them off applying, especially those who already have first degrees or have responsibilities such as children, mortgages or jobs.

Kevin Crimmons calls on colleagues to support each other when examples of harassment, such as that cited by Ms Omondi, takes place. The resolution is carried unanimously, prompting a round of applause...

Kevin Crimmons, associate professor in adult nursing at Birmingham City University, says: “We are still reeling from the removal of the nursing bursary. For our undergraduate degree in nursing we have significantly more mature students than school leavers. Their needs are completely different and so is their reaction to debt.” He worries that the changes to the teaching rankings will be another poorly thought through “soundbite policy” that could have grave knock-on effects for nursing...

Kevin Crimmons, head of the department of adult nursing at Birmingham City University, agrees: “The environment we are asking our students to go into is unprecedented in terms of the challenges they will face and the pressure the NHS is under. They will be expected to present in a hospital at 7am and face some very physical and emotional challenges. Nurses aren’t like most other students. We hold them to a much higher account”...