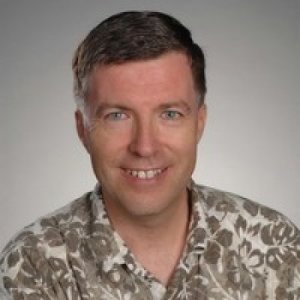 Dr. Kevin Curran is a practitioner-scholar of journalism and media management. He holds a Ph.D. in Mass Communication from the University of Oklahoma, an MBA in Management from Arizona State University, and a BA in Communications and Russian Studies from Fordham University.

During his multi-platform media career, Dr. Curran has been a producer for the Inside Edition magazine program and coordinated coverage as an assignment editor for television stations in Los Angeles, Phoenix, Tucson, and Oklahoma City. His radio experience includes the NBC Radio Network, Imus in the Morning on WFAN in New York, and all-news KNX in Los Angeles. Away from the newsroom, he served as advertising sales manager for a Virginia radio group and operations manager for a Phoenix radio group. Dr. Curran assembled the first all-sports radio station in Phoenix and has served as the radio play-by-play producer of the Los Angeles Kings, Los Angeles Lakers, Arizona Rattlers, and Oakland Athletics in spring training.

Dr. Curran’s research covers media management, media history, and journalism. His published or presented research includes cross-border targeted radio, the effectiveness of mass notification systems, the addition of transparency to the SPJ Code of Ethics, the effect of partisan media on the public sphere, and the development of radio technology during World War II.

In Appreciation of the EV-635A

Audio and video have seen multiple generations of improvements leading to today’s digital gear. But for many radio and TV crews, one basic item has turned 55 years old and does not appear to be getting replaced.

The Detroit River is part of the U.S.-Canada border, with Detroit on the north side and Windsor, Ontario on the south side. It took a dozen years after radio came to Detroit for Windsor to get its first radio station, when a group of business owners put what would become CKLW on the air in 1932. Little did they know that their investment would later be one of the most controversial and significant stations in the history of radio in both Canada and the United States.

Ignore the Sound of Streaming at Your Own Peril

Listeners expect what they hear through a radio station's online stream to match what they hear broadcast to their radio. But for a variety of technical and sales reasons, there can be a major difference between the two. Some of those differences result in programming that would sound unacceptable, but it may seem no one in authority is listening.

Trade deal could have major impact on radio industry

Mexico’s 2014 Telecommunications and Broadcasting Law allowed foreign interests to own up to 49 percent of a radio or television station. However, that percentage can increase to the amount of Mexican ownership permitted in the purchaser’s country. In 2016, the FCC changed its rules to allow 100-percent foreign ownership after a detailed review. Therefore, an American concern can now own a Mexican broadcaster outright, and a Mexican firm could take total ownership of an American broadcaster. Across the northern border, Canada’s 1968 Broadcasting Act maintains strict foreign ownership restrictions. Cultural industries, including broadcasting, were exempted from both NAFTA and the U.S.-Canada free trade deal that preceded it. Prime Minister Justin Trudeau has warned that he will stand against any change in that exemption, fearing that American broadcasters may buy Canadian stations.

In Defense of the 8-Hour Work Day

Before you start thinking five o’clock whistles and time clocks are relics of Fred Flintstone’s day, you should consider what work hour rules mean and the debt modern society owes to those, like the railroad workers, who fought for them in a battle that continues today. While flexibility and creativity are important, the 40-hour work week exists for a reason.

It could happen at any time and in any place. A threat to public safety is developing. Elected officials, agency managers at all levels of government, meteorologists, and other experts are physically or virtually present in an emergency operations center. They are watching television news, listening to first responders on emergency radios, monitoring weather observations, and checking broadcast and social media. Over the next few hours, many decisions will be made. Some of these decisions could have serious consequences for the health and property of people who live or work in the path of a hurricane or the area of a chemical leak. This article examines the process of making one of those decisions: how to notify the public of the impending threat.

In a daily radio commentary that ran from 1975 to 1979, former California Governor Ronald Reagan used his considerable acting and broadcast talents to build his reputation as “The Great Communicator” and lay the groundwork for a successful presidential run in 1980. These radio commentaries also helped Reagan transition from a national public figure appreciated more for his acting ability than his political acumen into a serious political figure.