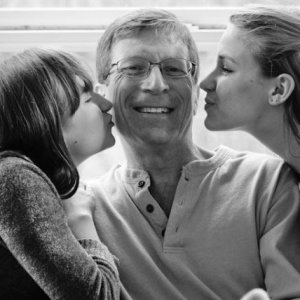 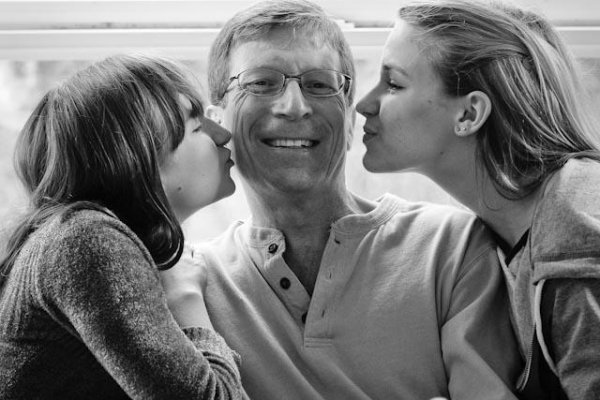 Marketing executive Kevin Renner woke up one day, and realizing it was Monday and that he had to go to work, he blurted out while still half asleep, “Oh, f_@%*!”

Three months later, he was done as a global marketing executive for a large technology company.

That literal wake-up call didn’t end with a career change. He realized that he didn’t know his daughters very well, and at ages nine and thirteen, they would be off to college, and to their own lives within a few short years.

Renner asked himself “What does a good father look like? What do I have left to teach my daughters in the short time that remains? And what will they long for in adulthood that they haven’t gotten from me in their youth?” When no good answers came to mind, he decided to learn about fatherhood from the vantage point of daughters; he interviewed fifty women from around the world and across seven decades for In Search of Fatherhood: A Mother Lode of Wisdom from the World of Daughterhood.

The women were young and old, growing up during The Great Depression, World War II, Vietnam, Watergate, and into the 1990s. They were rich and poor, successful and marginalized—among them a state supreme court justice, a doctor, a psychotherapist, professional athletes, and former executives, as well as a sex worker, former drug addicts, the unemployed, and a woman who had been homeless. They were straight, lesbian, and transgender. They were from Iran, Liberia, China, the U.S., Mexico, Germany, Korea, Saudi Arabia, India, and places in between.

Among them was Katie, whose father had been abusing her from an early age. She had lived in a fog of drug addiction and alcohol abuse, and had given up her children. She hit rock-bottom after working as a stripper, churning through five marriages, and attempting suicide three times.

Blanca drew a long straw in her father. He brought his family from Mexico to the U.S. to educate his daughters while he worked as a field laborer and landscaper. Blanca honored his sacrifice by completing a law degree at Santa Clara University and an MBA at Berkeley. She now works as honorary U.S. consul to Mexico.

His book is the first step toward his goal of having a lasting influence around the world on fathers, daughters, and their relationships.

Women and Leadership: How What You Don't Know Can Hurt You and Your Career

Author and former corporate executive Kevin Renner talks about how the unconscious influence that a father has on his daughter carrier forward into leadership styles, authority relationships, and interpersonal influence of women in the work world. This is based on his research interviewing 50 women from around the world on their life stories, and how they were shaped by their fathers. A shorter talk is titled, "Fathers, Daughters, and the Tangled Web We Weave". Kevin talks about the pivotal role fathers play in the life trajectories their daughters are on. The author also speaks on balancing corporate / professional life and fatherhood.