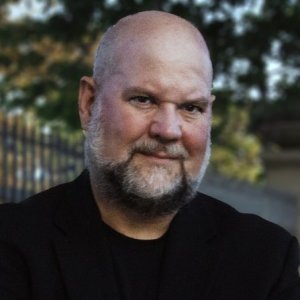 Kevin J. Wetmore, Jr. is Professor of Theatre Arts and Director of the Graduate Program with areas of expertise in Japanese theatre, African theatre, Shakespeare, horror theatre, Asian cinema, horror cinema, Greek tragedy, stage combat and comedy. He has degrees from Bates College, the University of Leeds and the University of Pittsburgh, where he completed his doctorate in Theatre and Performance Studies.

He is the author of Athenian Sun in an African Sky: Modern African Adaptation of Classical Greek Tragedy (McFarland, 2001), Black Dionysus: Greek Tragedy and African American Theatre (McFarland, 2003), The Empire Triumphant: Race, Religion, and Rebellion in the Star Wars Films (McFarland, 2005), Shakespeare and Youth Culture (Palgrave 2006), Back from the Dead: Reading Remakes of Romero's Zombie Films as Markers of Their Times (McFarland 2011), Post-9/11 Horror in American Cinema (Continuum, 2012), The Theology of Battlestar Galactica (McFarland 2012), and Modern Asian Theatre and Performance 1900 – 2000 (with Siyuan Liu and Erin B. Mee, Methuen/Bloomsbury, 2014), and Eaters of the Dead: Myths and Realities of Cannibal Monsters (Reaktion, 2021) as well as the editor or co-editor of twelve more volumes, including Modern Japanese Theatre and Performance (Lexington, 2006), Suzan-Lori Parks: A Casebook (Routledge 2007) Revenge: East and West (Palgrave, 2008), Portrayals of Americans on the World Stage (McFarland, 2009), Catholic Theatre and Drama (McFarland 2010), Black Medea: Adaptations for Modern Plays (Cambria, 2013), and the Methuen Drama Anthology of Modern Asian Plays (with Siyuan Liu, Methuen, 2014), and Theatre and the Macabre (Wales, 2022), among others. He is also the author of numerous articles on theatre, cinema, Japanese culture, popular culture, horror, and performance. He is a four time nominee for the Bram Stoker Award.

Wetmore is also an actor, director, stage combat choreographer, and comedian, having appeared on many stages and in film and television.