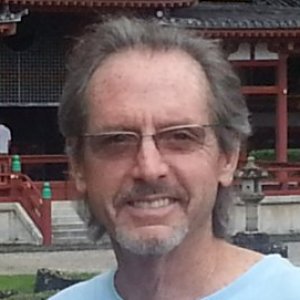 For more than 35 years Khevin Barnes has worked as a full-time stage magician, music composer and keynote speaker. Khevin began his performance career by touring with his magical stage show as "Dr. Wilderness" for the United States Department of Defense, visiting thousands of children in Japan, Germany, Okinawa, and Korea. The shows featured education, music and magic with a natural history and environmental awareness theme.

He was hired by the Walt Disney Company to perform his magic for corporate events, and in 1994 was featured in "The Dr. Wilderness" prime time family television special for Earth Day, aired on CBS stations nationwide. The program received several Emmy Awards. "Dr. Wilderness Inc." was created as a nonprofit corporation bringing a variety of touring programs to performing arts centers from Oregon to New York, 3,000 schools and special events and festivals across the U.S.

In 2009 Khevin turned is attention to adults, creating speaking programs on "Imagination and Creativity" for audiences aboard Princess Cruise Lines and Royal Caribbean Cruises while beginning his work full-time as a corporate keynote speaker.

In 2014 at the age of 63, Khevin was diagnosed with breast cancer while completing a year of residency at the Honolulu Diamond Sangha, a Zen Center and Buddhist Monastery in Hawaii. After mastectomy surgery was compelled to continue reaching audiences around the world with uplifting and informative stage shows exploring breast cancer in both women and men.

Today Khevin's programs reflect his years of entertainment experience as a magician and speaker and his zest for life, bringing a fresh, often humorous view of cancer to audiences of all kinds. He particularly loves to bring a "male perspective" to women with breast cancer, both as a cancer survivor and as the spouse of a cancer patient who lost her battle with stage four Ovarian cancer at the age of 47. His "cancer connection" has been both life-changing and heart warming, for it has given him a renewed sense of purpose and an unquenchable desire to serve and inspire others who's lives are touched by cancer. He also is a long-time certified "Laughter Yoga" instructor, trained by Dr. Madan Kataria, the founder of the Laughter Yoga movement..