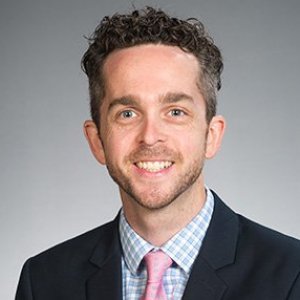 
Prof. Brennan-Marquez is an expert on human judgment and the role of courts in the age of big data and algorithmic decision-making.

Kiel Brennan-Marquez teaches courses in constitutional law, evidence, and law and technology. His research focuses on the nature of human judgment and the role of courts—especially in the criminal context—in the age of big data and algorithmic decision-making. He also writes about policing and over-criminalization (often as they intersect with new technology), as well as jurisprudential theory and epistemology. Among all these research themes, the unifying thread is an interest in the way the legal system organizes and processes information, from surveillance and data collection to the use of data by law enforcement authorities before and during trial. His most recent article, a work-in-progress entitled Very Broad Laws, was selected for presentation at the Yale-Harvard-Stanford Junior Faculty Forum.

Professor Brennan-Marquez did his undergraduate work at Pomona College, where he majored in Religious Studies, with an emphasis in philosophy. His senior thesis—the longest in the history of the department—focused on the relationship between theories of belief and capitalism. He received his law degree from Yale, and he served as a clerk to the Hon. Shira A. Scheindlin of the Southern District of New York (retired), who presided over Floyd v. NYC, the challenge to New York City's now-reformed stop-and-frisk program. Before joining the UConn faculty, Prof. Brennan-Marquez taught at New York University Law School and the Georgetown University Law Center. 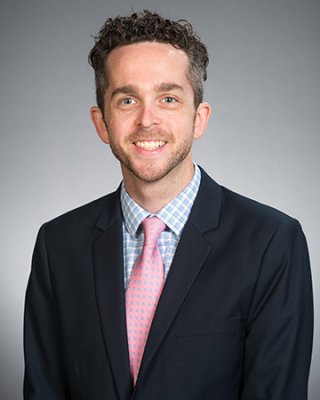 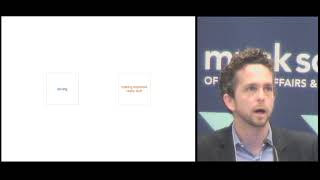 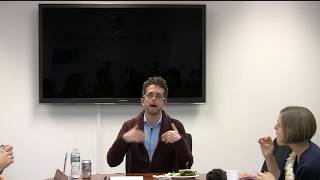 “All the data would be fair game for law enforcement,” said Kiel Brennan-Marquez, a professor at the University of Connecticut School of Law who specializes in surveillance and data collection. A principle under the Fourth Amendment, called the private search doctrine, allows the government to use data stemming from surveillance or intrusion by a third party — so long as law enforcement didn't coordinate with the individual. This argument has stood up in cases involving data from “hacker vigilantes,” Brennan-Marquez says.

Could the Government Get a Search Warrant for Your Thoughts?

But there is an alternative view as well, under which the Fifth Amendment protects only testimonial communication, leaving the unexpressed thoughts in a suspect's head potentially open to government discovery, technology permitting. In a recent law review article titled "A Modest Defense of Mind Reading," Kiel Brennan-Marquez writes that "at least some mind-reading devices almost certainly would not" elicit "communicative acts" by the suspect, "making their use permissible under the Fifth Amendment." Brennan-Marquez acknowledges that compelled mind-reading would raise privacy concerns, but argues that those should be addressed by the Fourth Amendment, which prohibits unreasonable searches and seizures...

The perils of incrementalism

In ordinary times, politics trends toward incrementalism. In extraordinary times, however, incrementalism can be ineffective. The economy prior to the pandemic will not return. If we try to recreate it through gradual steps, we will fail financially and politically. Instead, we need to brace ourselves for the only realistic end point, which is full employment underwritten by the government. We must think imaginatively about what that might take and move there as quickly as possible before the economy turns worse. The strategy of incrementalism has already lost once to the coronavirus. As the pandemic approached our country, many agencies at all levels of government responded using incremental measures, like banning large gatherings, some travelers, and some services. But none of this worked. There could be no stopping part way. Places that moved quickly to the end point had the best results. Simply compare California to New York.

2019 The effort by President Trump to unilaterally increase funding for the border wall is unconstitutional for a simple but little noticed reason. The statute from which he claims to derive authority, known as the National Emergencies Act, is itself unconstitutional. The legal debate has focused so far on presidential emergency powers.

The Constitutional Limits of Private Surveillance

2017 The age of data-driven law enforcement is upon us. As a consequence, government officials now rely heavily on private surveillance technology to forecast threats, drive investigation, and mobilize enforcement. On the whole, this development is welcome; the use of privately-collected data promises to refine policing and counterterrorism efforts. But it also has major implications for constitutional privacy.

2017 In Birchfield v. North Dakota (2016), the Supreme Court broke new Fourth Amendment ground by establishing that law enforcement’s collection of information can be cause for “anxiety,” meriting constitutional protection, even if subsequent uses of the information are tightly restricted. This change is significant.

Plausible Cause": Explanatory Requirements in the Age of Powerful Machines

2016 The Fourth Amendment’s probable cause requirement is not about numbers or statistics. It is about requiring the police to account for their decisions. For a theory of wrongdoing to satisfy probable cause — and warrant a search or seizure — it must be plausible. The police must be able to explain why the observed facts invite an inference of wrongdoing, and judges must have an opportunity to scrutinize that explanation.

2015 Fourth Amendment law is sorely in need of reform. To paraphrase Justice Sotomayor’s concurrence in United States v. Jones, the idea that people have no expectation of privacy in information voluntarily shared with third-parties — the foundation of the widely reviled “third-party doctrine” — makes little sense in the digital age.